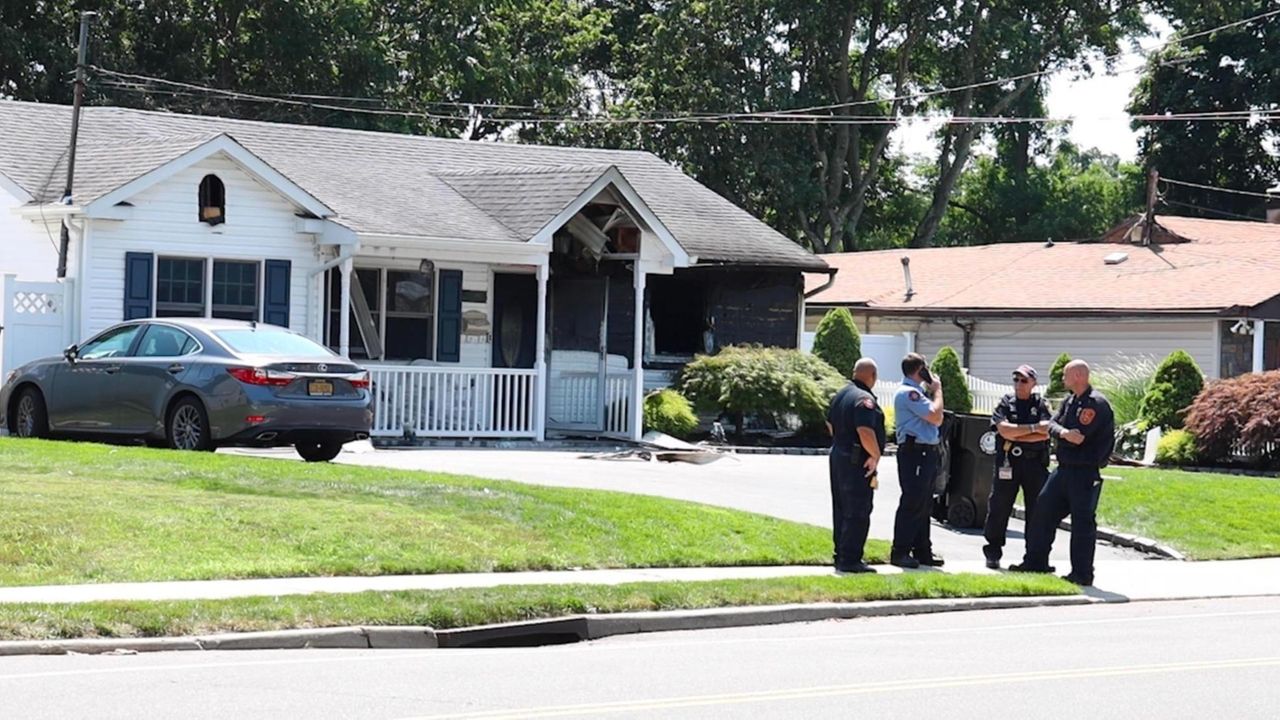 On Friday, firefighters from West Islip, West Babylon, North Babylon and Bay Shore all responded to fatal fire in West Islip that claimed the life of a female resident. Credit: Howard Schnapp

A female resident was found dead after a midmorning fire in a single-story home in West Islip Friday, Suffolk County police and fire officials said.

Police on Saturday identified the woman as Suzanne Minervini, 61.

West Islip 2nd Assistant Chief Rob Celeste said firefighters arrived at the home, located near Webster Avenue, to find a male resident in the front driveway and a portion of the house already engulfed. He said firefighters launched "an aggressive search" but "unfortunately, the fire situation was severe."

One West Islip firefighter suffered minor burns attempting to access the bedroom area where Minervini was later found but was driven back by the flames.

That firefighter was transported to South Shore University Hospital in Bay Shore for treatment, Celeste said, and later released.

Between 50 and 60 firefighters and EMS ambulance crews from West Islip, West Babylon, North Babylon, Babylon and Bay Shore all responded to the scene.

"It's a rough one," Celeste said of the outcome.

The cause of the fire remained unknown and is under investigation by Suffolk Homicide Squad and Arson Section detectives.

A preliminary investigation determined the fire to be non-criminal in nature, police said Saturday.