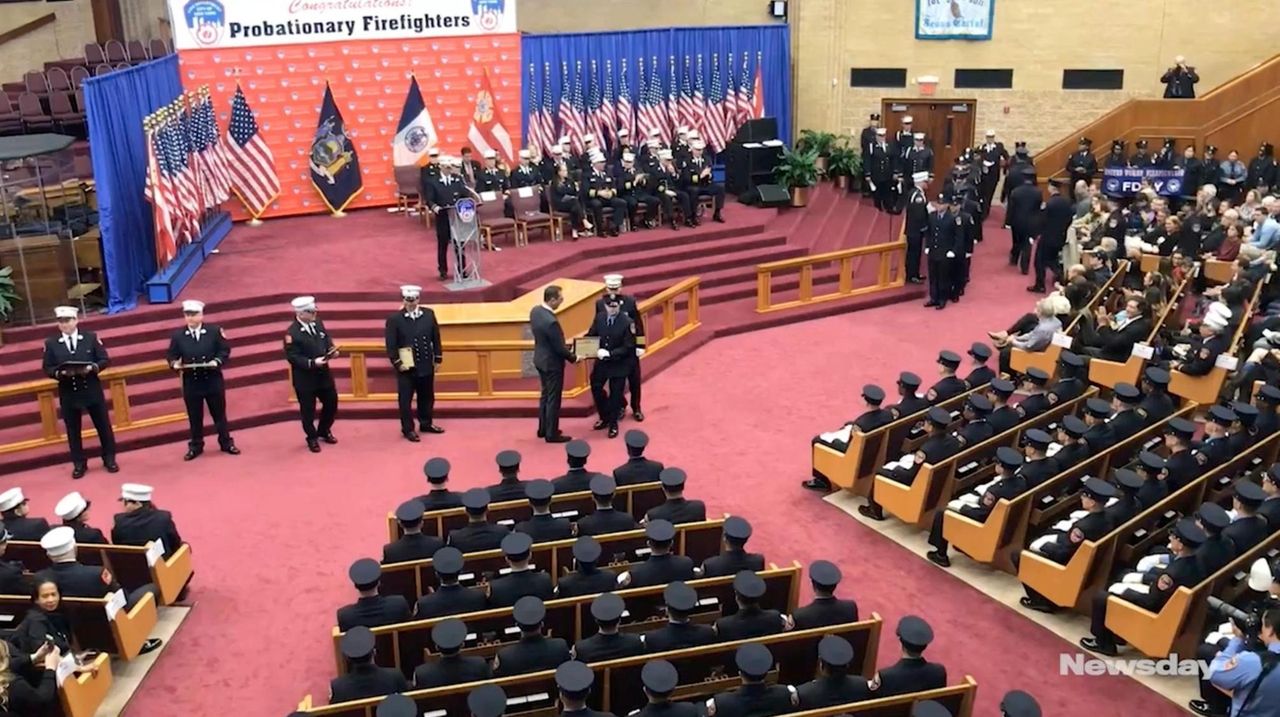 James Spencer Jr., 24, of Commack, followed in the footsteps of his great-grandfather, grandfather, father and other relatives when he officially became a probationary FDNY firefighter on Oct. 19. He graduated from the fire academy with 290 others in a ceremony at Greater Allen A.M.E. Cathedral of New York in Jamaica, Queens. Credit: Matthew Chayes

And on Friday, Spencer, 24, of Commack, officially became one, too.

Spencer and 290 others graduated from the FDNY academy in a ceremony at Greater Allen A.M.E. Cathedral of New York in Jamaica, Queens. The class included 15 women, the most in a single class since the first group of 41 women joined in 1982, according to the FDNY. All had completed 18 weeks of training at the academy, on Randall’s Island.

“Every firefighter in our ranks has been where you are now,” FDNY Commissioner Daniel Nigro said to the graduating class. “Their careers began, just as yours did, in the simple raising of their right hand.”

After the ceremony, Spencer’s father talked about the family's firefighting legacy. In his hands, Capt. James B. Spencer Sr., held the helmets that his father and grandfather wore.

On 9/11, Spencer Sr. arrived at the World Trade Center site soon after the second tower fell. When asked if he is worried about his son given the dangers of the job, he said: "This is what we do. We’re on the greatest job in the world. We’re very lucky guys. We’re a very lucky family.”

The younger Spencer is assigned to Engine 50/Ladder19 in the Bronx, the same firehouse where his great-grandfather, Ed Markey, worked 60 years ago and where his great-uncle, Robert Spencer, was a lieutenant.

“He’s looking down, watching over me,” he said.