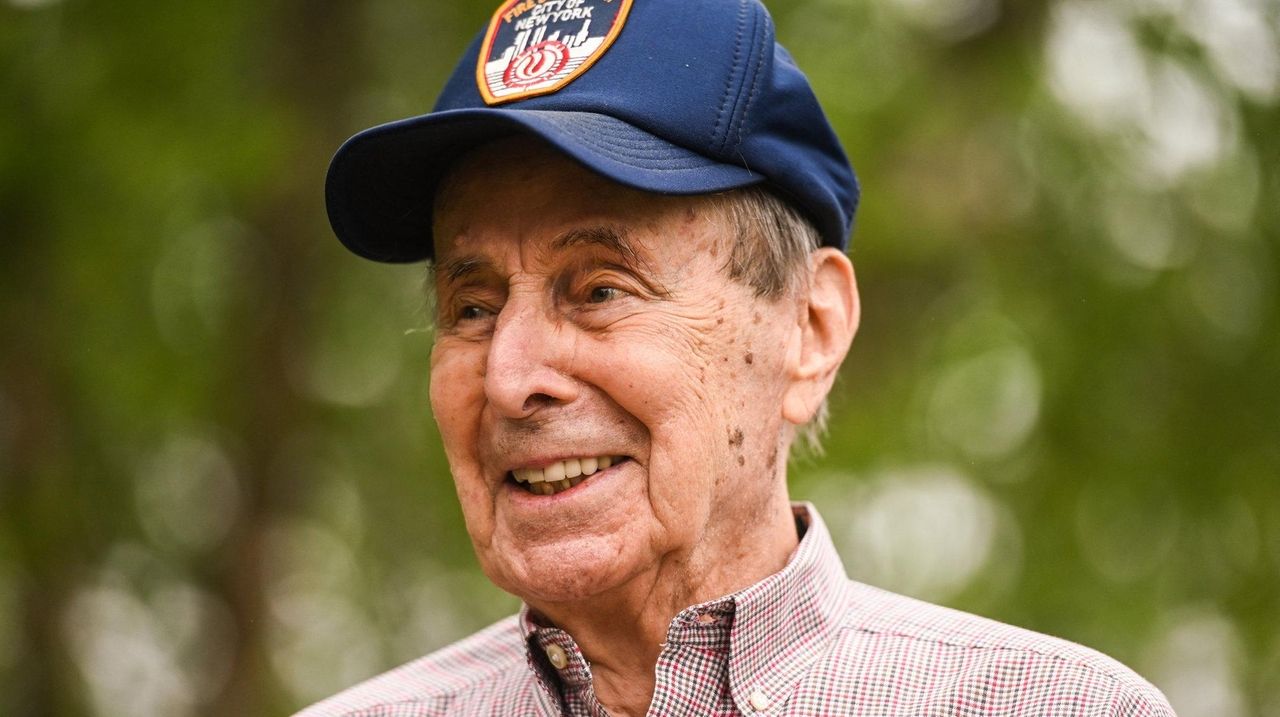 Long Island’s oldest FDNY firefighter and a WWII hero was honored in a ceremony on Tuesday in Westhampton Beach for his service in both New York's Fire Department and the United States Army Air Corps.  Credit: Newsday / Steve Pfost

In a ceremony at the VFW Hall on Old Riverhead Road, Chester Moscicki, 99, was presented a special ribbon and other honors for his service in both New York's Fire Department and the United States Army Air Corps. Officials from the U.S. Air Force, the U.S. Armed Forces and local FDNY firefighters attended, celebrating his life and accomplishments.

Visibly emotional, Moscicki, the oldest member of the FDNY Fire Association, described the day as "overwhelming."

Moscicki, born in Brooklyn on May 2, 1922, one of four children and now living in Center Moriches, served during WWII as a tail gunner in a B-26, which flew more than 35 missions over Japan during the war.

He was wounded during a crash landing on Tinian, a Japanese island, and was credited with shooting down a Japanese Zero airplane.

When Moscicki returned to the United States afterward, he joined the FDNY in 1945. There, he eventually became a captain. Moscicki served in the FDNY for more than three decades — at one point being named "Firefighter of the Month" in June 1960 by the New York Journal-American — before retiring in 1976 from the department.

Jim McCarthy, treasurer of the Uniformed Fire Officers Association, a union for FDNY members, said Tuesday that several retired firefighters and association members had a conversation last year during a retiree seminar where they found out Moscicki was turning 99. After learning more about Moscicki, the decision was made to recognize him for his service, McCarthy said.

"He had quite an interesting history," McCarthy said of Moscicki, adding that the people he had talked to about Moscicki called the former firefighter "a respected captain" within the department. That, McCarthy said, was the highest tribute one firefighter could give another.

His exploits during his service included crawling under flames into a burning grocery store in Brooklyn to save a 200-pound 16-year-old boy, according to newspaper clippings in a scrapbook at the event.

Lynn Consolmagno, Moscicki’s niece, said her uncle loves to be around family. "He’s a big family man," said Consolmagno, 70, of Patchogue. "It was very important for him to be here today, and I’m happy he did come."

Looking back at his service, Moscicki said he missed all of the firefighters he worked with, and loved the camaraderie.

"It’s a job where you don’t mind going to work every morning," Moscicki said. "The best part is that in the 30 years I worked, you never have the same two days. Every day is different."