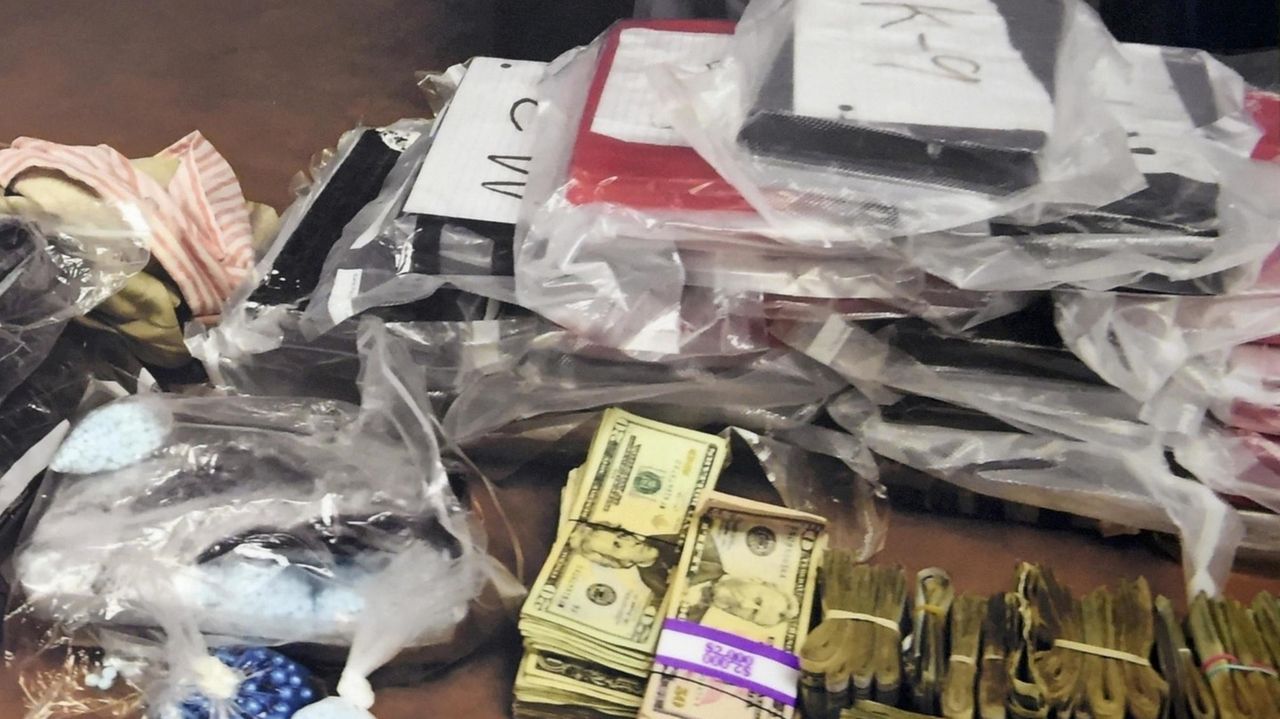 William Velasquez, 38, who lives in the home, faces charges of operating as a major drug trafficker and criminal possession of a controlled substance.

The seizure, Sini said, equates to more than 1 million doses of fentanyl — the leading cause of fatal overdoses in the county.

Authorities project that as many as 600 people on Long Island, including at least 400 in Suffolk, died in 2017 from opioid overdoses, most related to fentanyl.

“The number of lives that were potentially saved by this operation is tremendous,” Sini said at a news conference in Hauppauge. “We’ve seen the scourge of the opioid epidemic and the harm that it’s caused our communities.”

The largest previous Suffolk opioid seizure, officials said, was 7 kilos of heroin — or more than 15 pounds — in a 2009 Melville bust.

Velasquez was arraigned in First District Court in Hempstead on Thursday and held on $5 million bond, or $2.5 million bail. He faces 25 years to life in prison if convicted of all charges. Velasquez is from El Salvador and is in the country illegally, prosecutors said. He was represented by Legal Aid, which does not comment on cases.

Efforts to reach his relatives Thursday were unsuccessful.

Agents arrived and found Velasquez speaking on a cellphone. He attempted to run but was apprehended by agents and found in possession of 1 kilogram of fentanyl, Sini said.

Authorities also recovered tens of thousands of pills believed to be oxycodone from the home and Velasquez’s car, along with $80,000 in cash, Sini said. The vehicle, Sini said, was equipped with traps meant to conceal narcotics.

Authorities said Velasquez is a wholesale supplier of narcotics to other drug dealers, including those in Suffolk.

“Too many lives have been lost to drug abuse,” said James Hunt, special agent in charge of the New York Division of the DEA. “Forty-one kilos sitting in a house in Suffolk County is a ticking time bomb.”