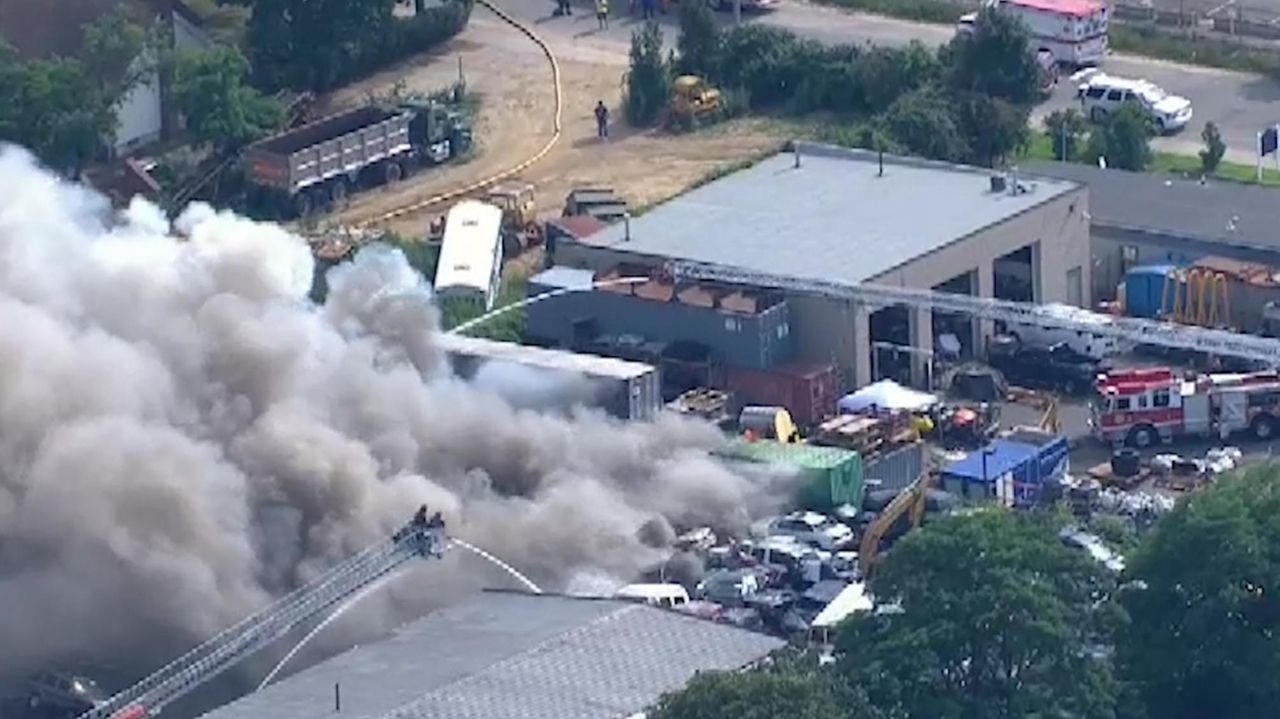 A fire broke out at an auto junkyard at 180 Field St. in West Babylon at about 3:40 p.m., according to Suffolk police. There are no reports of injuries. East Farmingdale, North Lindenhurst and West Babylon fire departments responded. Credit: Newsday / Nick Klopsis; News 12 Long Island

A fire broke out on Friday afternoon at a multicar junkyard in West Babylon — sending massive plumes of charcoal-colored and light gray smoke billowing skyward as firefighters pointed streams of water onto the blaze.

The blaze at Hesh’s Recycling at 180 Field St. was reported about 3:40 p.m., Suffolk police said. Hesh’s, which is down the block from the Town of Babylon Recycling Center, handles cars and metal.

Firefighters appeared to operate from inside a fenced-in yard in an industrial area of West Babylon between Eads and Field streets, some standing on mounds of earth as tall as the warren of low-rise nondescript buildings surrounding them.

By 6 p.m. the flames appeared to be extinguished, leaving just sprinkling embers.