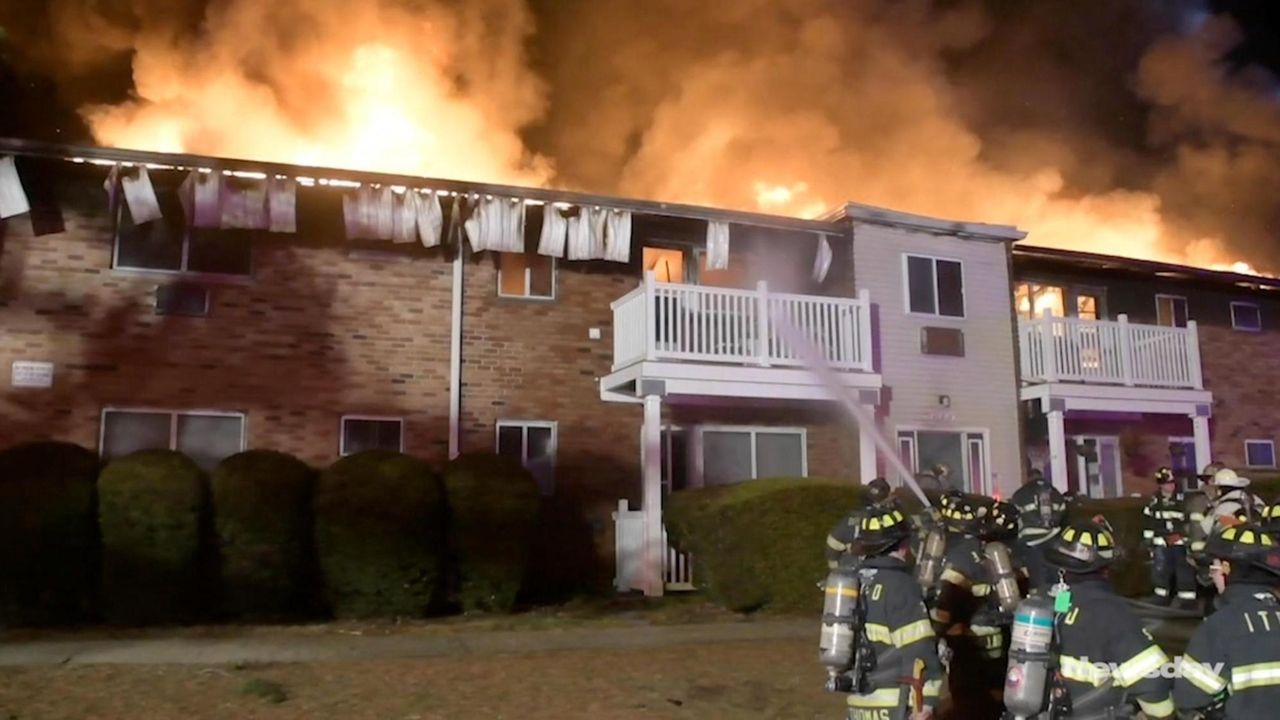 On Thursday, residents of a condominium complex in Central Islip were forced to evacuate their homes after a fire spread throughout the units, police and fire officials said.  Credit: Paul Mazza

At least 21 residents of a condominium complex in Central Islip were forced to flee their homes Thursday morning after a fire ignited then spread throughout the units, officials said. No one was hurt.

Patrick C. Murphy, chief of the Central Islip Fire Department, described the damage to the two-story complex as “severe” and said displaced residents will not be able to return home anytime soon.

Murphy did not know how many apartments were in the complex but said there were at least four units on the first floor and four on the second floor.

“We had a roof collapse, a second-floor collapse and a partial wall collapse,” Murphy said in an interview.

When firefighters arrived, they saw one large fire and the flames were visible in multiple apartments, Murphy said. The fire did not touch a “couple” apartments, he said, but those units were damaged by smoke and water.

A dispatcher with the American Red Cross on Long Island, said the organization helped 10 families, comprising 19 adults and 2 children.

The Red Cross provided 21 comfort kits, which included toothbrushes, toothpaste, washcloths and snacks, she said. Each person received $125 to buy food, clothing and other necessities.

The organization will also pay for the families to stay at a hotel for four nights and refer them to the Suffolk County Department of Social Services for additional help.

Two other families, which left the complex before the Red Cross arrived, declined the help, she said.

About 70 firefighters from the Central Islip Fire Department and six other nearby departments put out the fire at about 4:30 a.m., Murphy said.

It’s not yet known where the fire started or what caused it, he said.

“The scene was turned over to the Suffolk Arson Squad,” a fire department representative said.