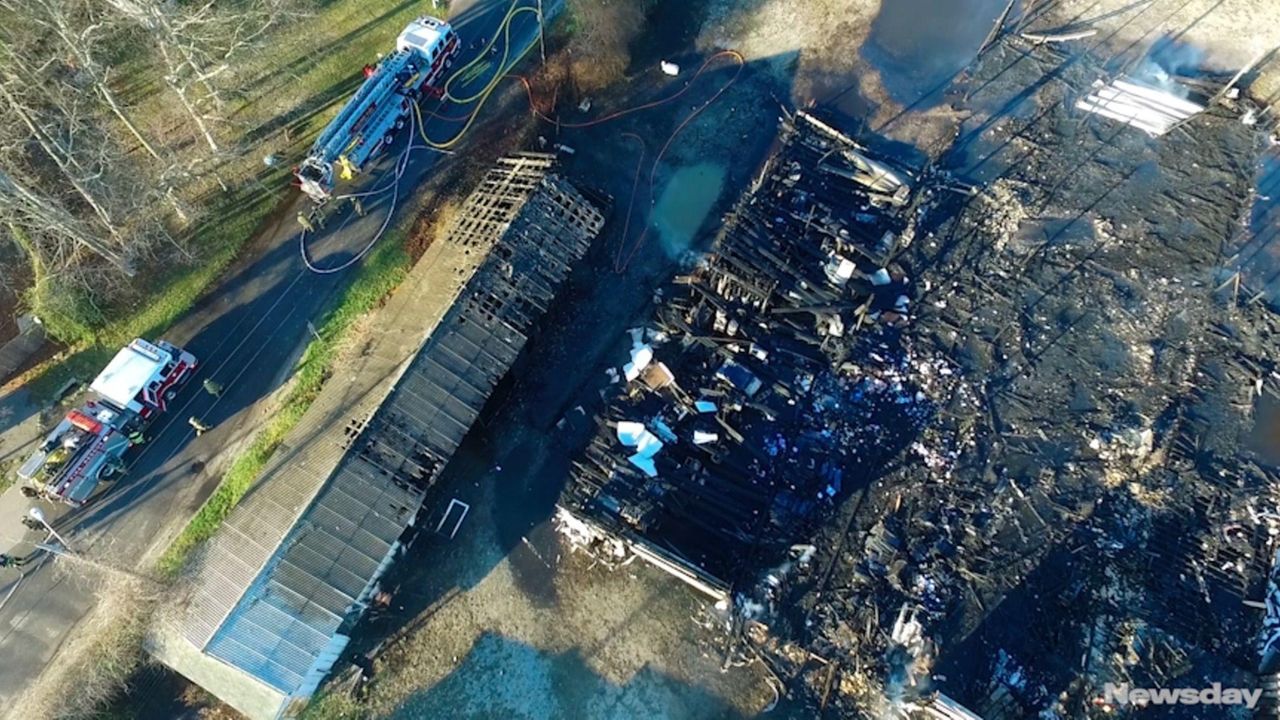 On Tuesday, April 18, 2017, the former Smitty True Value store at 211 Mastic Beach Rd. in Mastic Beach burned to the ground. The fire was so fierce it took about a dozen fire departments to bring the blaze to under control at about 5:45 p.m. No injuries were reported and the cause of the fire was not immediately known.  Credit: Tom Lambui

The 17,000-square foot building on Mastic Beach Road, part of the shuttered Smitty True Value store, started burning just before 4:15 p.m. in an inferno that took about a dozen fire departments to subdue, officials said.

“I was sitting outside . . . and I looked behind me and I was like ‘Wow,’ ” said Antonio Jones, a hair cutter at Supreme Cuts Barbershop at the nearby strip mall. “It was shocking for me that there was a fire next door because it’s an abandoned building.”

He said all he could see was a cloud of black smoke, then the flames about 20 minutes later as firefighters started gaining control of the blaze.

About a dozen fire departments helped bring the blaze under control by about 5:45 p.m., according to the Suffolk County Department of Fire, Rescue and Emergency Services. No injuries were reported, authorities said.

Mastic Beach Village Mayor Robert Miller said the fire does not appear to be suspicious.

The 2.2 acre lot has been empty for about 10 years and contained three buildings, Miller said. The main hardware building escaped damage, he said, but a third building, once used as the garden center, had some heat damage.

The building that was destroyed was empty but was made of wood, ending up as blackened wreckage, he said.

The owner was at the scene and plans to get a demolition permit Wednesday, he said.

“We’re going to try to expedite his demolition permit so he can clean it up,” Miller said.

Suffolk police said arson detectives were trying to determine what started the fire.