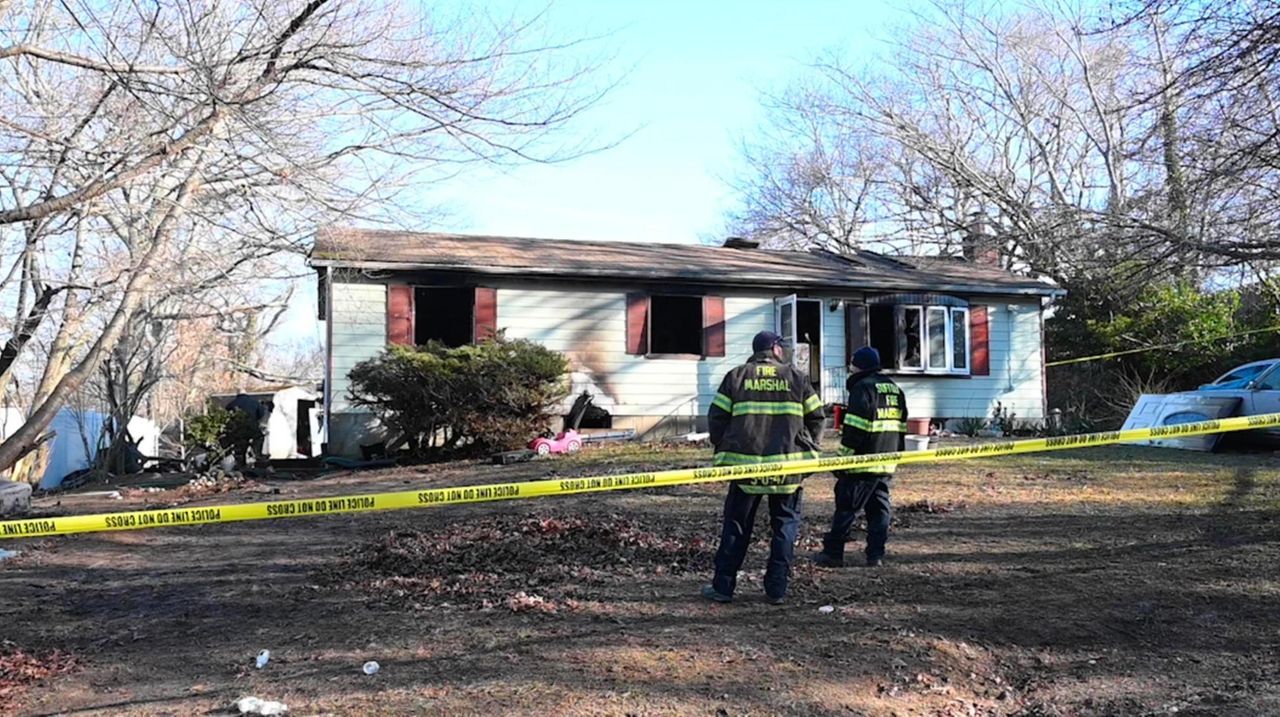 This story was reported by John Valenti, Carl MacGowan, Howard Schnapp, Steve Langford and Antonio Planas. It was written by Planas.

A 23-month-old girl perished in a fast-moving fire at her Gordon Heights home early Wednesday, despite what witnesses said were the desperate attempts of relatives who escaped the flames and tried to rush back in to save the toddler.

Suffolk County police identified the deceased toddler as Majesty Gerald, who was found inside the home after the fire was extinguished. She was pronounced dead at the scene.

Majesty’s aunt, Shikhan Mortley said the little girl was a "beautiful soul." She would have turned 2 next week, her family said.

"She was the life of the party. When I say smart, she was so intelligent. She knew her alphabet," said great-aunt, Sharon Robinson. "She spoke in paragraphs."

Neighbors described the tragic blaze at the one story-home on Maple Lane, that, according to officials, broke out shortly after 3 a.m.

"That fire went up quick and then all of a sudden it just popped … and it just spread, super fast. It was nuts," said neighbor Matt Reddy. "It was terrible. Just watching the family here, it was very, very sad. The mother, the grandmother, everybody was standing right here and they were devastated."

Other neighbors detailed frantic efforts by family members, including Majesty’s parents, to gain entrance to the house. But the fire was too intense, they said.

"The mother was definitely crying. She was really hysterical, and the father was very hysterical, too," said neighbor Rosemarie Kistner. "They wanted to go and get the baby. … They were saying, ‘No, no. No!’ They couldn’t believe this happened."

Police said Majesty’s sister, Jazae, 4, alerted her family to the fire. Including the two little girls, there were nine members of the family in the home when the fire broke out, police said.

Jazae, a 53-year-old man and 34-year-old woman, were hospitalized with injuries. Relatives said Jazae suffered burns and was being treated at Stony Brook University Hospital.

A Medford Fire Department volunteer firefighter also was taken to a local hospital for treatment of minor injuries, police said.

Police said the fire appears noncriminal. Police declined to answer Wednesday where Majesty was inside the home or who was with her when the fire ignited.

The cause of the fire remained under investigation Wednesday, police said.

Fire officials said they were notified of the 911 call at 3:09 a.m., with firefighters from Gordon Heights and seven other departments responding. Ambulances crews from five neighboring communities also rushed to the scene, fire officials said.

Supervisors with the Gordon Heights Fire Department could not be reached Wednesday.

The fire left the home gutted with burn residue on the exterior.

The Rev. Thomas Flud Sr., pastor of the Community Baptist Church, said he came to the home to help counsel and console a grieving family.

"They literally ran for their lives out of the house," he said. "But more important, the loss of a child is what they’re concerned about now. … We’re here, as a church, to help and offer comfort to the family."

Said Kistner: "They're good people. To see something like this happen to them . . . It was terrible. It was a nightmare."