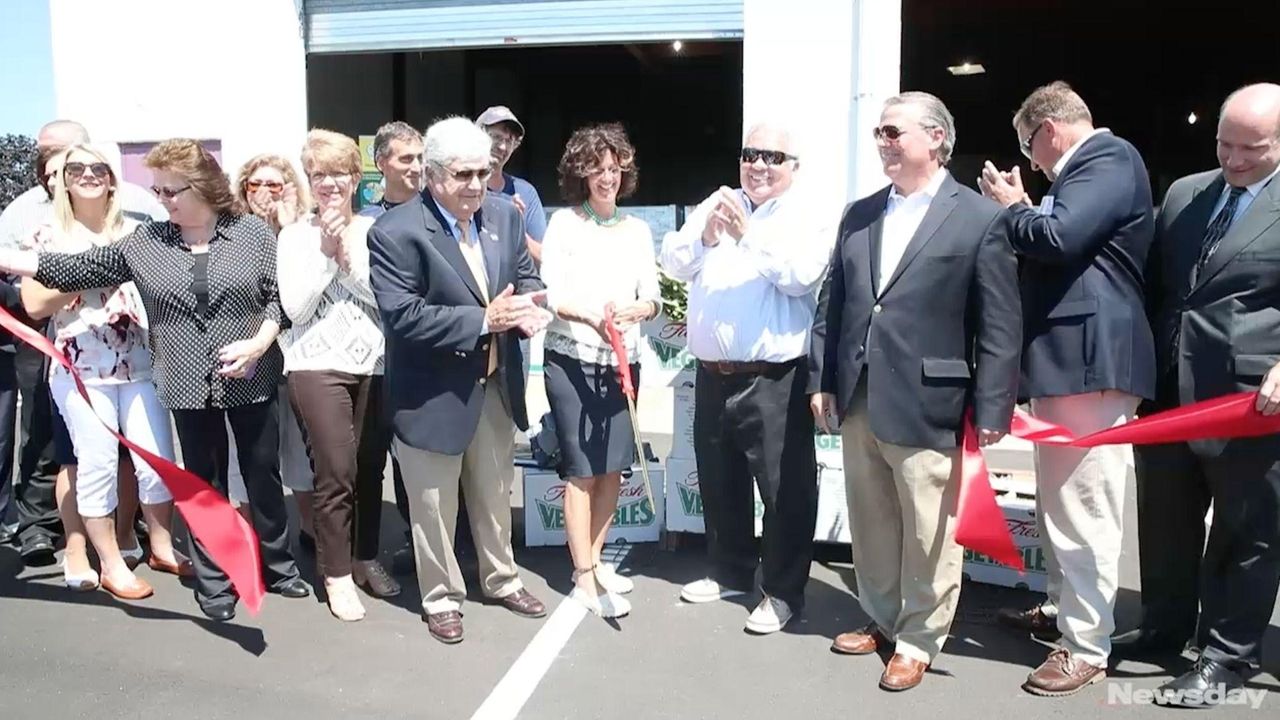 “Out here on the East End . . . we didn’t have a place to put [donated food] so that we could inventory it, receive it and get it right back out into the community,” Island Harvest chief executive Randi Shubin Dresner said. “Now, we can do that.”

The 20,000 square-foot Calverton warehouse was donated by John King, chief executive of J. Kings Food Service, and will store hundreds of thousands of pounds of food each year for distribution to many of Island Harvest’s 500 partner agencies and programs, Shubin Dresner said. Fifty-five of those are east of Riverhead.

“There’s people who write checks . . . and then there’s the doers, and Island Harvest has born doers,” said King, who was surrounded by government officials and partner agencies at Wednesday’s ribbon-cutting ceremony. “I’m proud as could be to be associated with it.”

She noted, however, that the East End can often skip people’s minds because of the area’s perceived wealth.

“When people think there’s not as much of an issue with hunger, they don’t support our organization as much as they could,” she said. “But when they learn about all of the people that are still struggling . . . they want to be involved.”

Residents living on the East End often have difficulty accessing food as well “because it’s rural out here, so it’s harder to get to some of the sites where we have food,” Shubin Dresner added.

Island Harvest’s nearest distribution center to the East End before Wednesday was in Hauppauge. The agency also has a warehouse in Uniondale.

Lorraine DeArmitt of Riverhead, a volunteer with the Long Island Council of Churches, takes “a lot” of food from Island Harvest every week to disperse to her agency’s three food pantries, including one in Riverhead, she said. And every week,the food vanishes.

“Children should not be going to school hungry each day, and senior citizens who worked so hard to build up Long Island should not be struggling and making decisions between medicines and food,” Shubin Dresner said. “That’s why we’re here.”