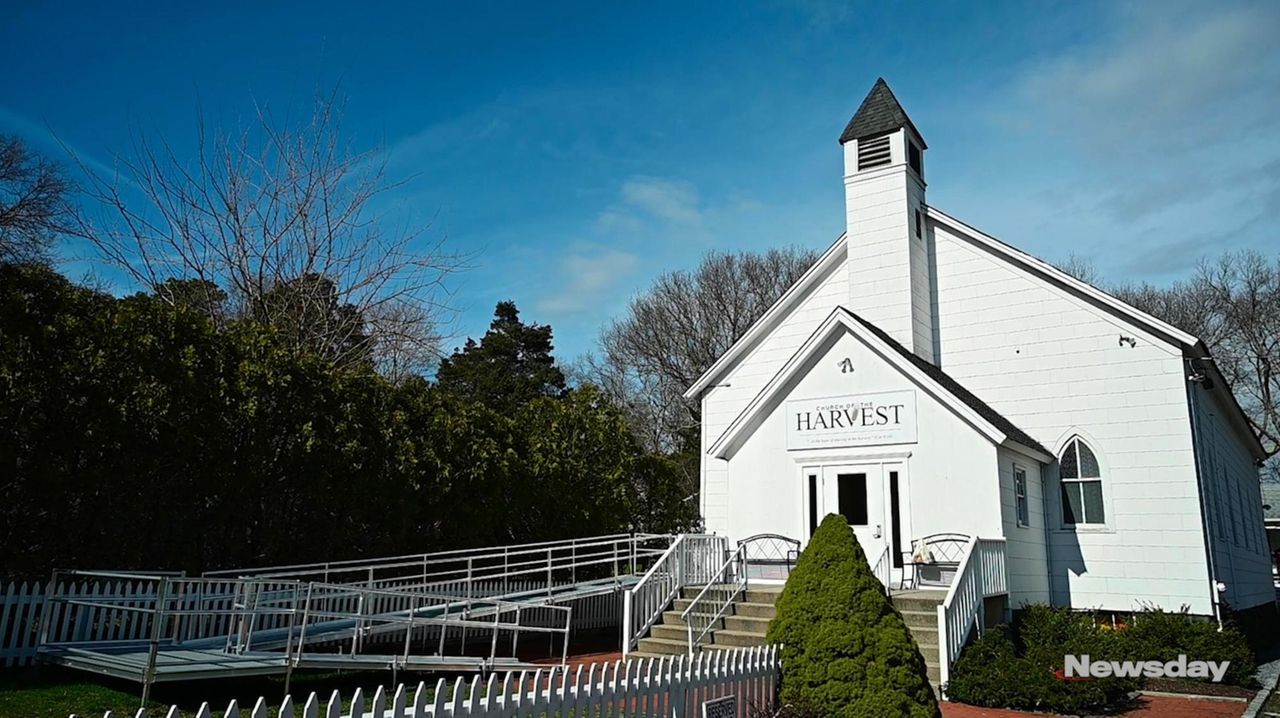 Gwen Mack, the food pantry coordinator at Church of the Harvest in Riverhead, says the number of families looking for food and supplies has increased since the coronavirus outbreak. Credit: Newsday / Thomas A. Ferrara

Dozens of Long Island food pantries and soup kitchens have closed and many others have altered the way they deliver food just as a widening economic downturn caused by the coronavirus is driving up unemployment and, likely, poverty.

Emergency food programs are bracing for a wave of new recipients in the coming weeks as more Long Islanders are expected to lose their jobs, get furloughed or have work hours and wages reduced. At the same time, volunteers — many of them at high risk of contracting the virus — are staying home to protect themselves and needy people from getting sick.

Compounding the problem is a crippled national supply chain that delays food deliveries by weeks.

“It’s a perfect storm of tragedy on top of each other," said Jean Kelly, executive director of the Interfaith Nutrition Network, a Hempstead soup kitchen. "Everything that could go wrong is going wrong.”

Kelly and officials at nonprofit food banks Island Harvest and Long Island Cares said soup kitchens and pantries in many communities closed temporarily in recent weeks to protect volunteers or because sponsoring agencies, such as houses of worship and nonprofits, also shut their doors.

At least 100 of the 450 programs served by Island Harvest shut down. Of the 364 pantries that receive food from Long Island Cares, 48 have closed.

“The reason they’re closed is they don’t really have an infrastructure of people to work there," Paule Pachter, chief executive of Hauppauge-based Long Island Cares, said in an interview Tuesday. "The majority of the food pantries are operated by volunteers. The average age is in their 70s. They’re fearful of contracting the coronavirus.”

Many food programs remain open, but are restricting contact between recipients and staff.

Some deliver meals to recipients' homes, leaving bags or boxes of food at the door. Others put food outside to be picked up by those who need it.

But some nonprofits say food is increasingly hard to come by as regular donors such as supermarkets cut back and the national food supply network endures long delays.

"Every food bank on Long Island is facing three- to five-week delays," Pachter said. "The supply chain is being stretched right now to its limit.”

Randi Shubin Dresner, president and chief executive of Bethpage-based Island Harvest, said the organization spent $650,000 in the past three weeks for food, "which is dramatic for us." The group is relying more on supermarkets, which face some of the same issues, she said.

Interfaith Nutrition Network closed its soup kitchen to visitors about two weeks ago and now puts out bag lunches of sandwiches, juice boxes, fruit and snacks, Kelly said. Volunteers had made the sandwiches themselves until Wednesday, when the group received a donation of heros, she said.

“It’s not the same as a hot meal," Kelly said. "But it’s as nice a lunch as you could possibly get.”

Still, the shutdown limits food programs from providing other kinds of help, such as counseling and veterans services.

“The thing that we always pride ourselves on is our customer service," Shubin Dresner said. "We can’t do that now. That distraction from our regular work is disturbing to our team because we really pride ourselves in being able to deal with people holistically.”

Food banks fear the worst is yet to come as more Long Islanders lose their jobs. Pachter said he had received requests for help from public officials concerned how a spike in unemployment would drive up the ranks of needy Long Islanders. Those calls have come from low-income and moderate-income areas but also affluent communities such as Glen Cove, he said.

Gwen Mack, food pantry coordinator at Church of the Harvest in Riverhead, said the surge of needy neighbors had begun. Before coronavirus, the pantry served 370 to 400 people a month, she said. Last month they helped 500 to 600 — including 15 new recipients on Tuesday alone.

“We’re getting double the amount of people," on some days, she said. "Sometimes even triple."

The pantry no longer serves people inside its space behind the nondenominational church. Instead, bags of food are left outside to be picked up, one recipient at a time.

Four of her seven usual volunteers no longer work, because they or other family members have underlying health issues that leave them susceptible to COVID-19, Mack said. Some of her relatives are stepping in to help out.

Mack, 70, said she was not sure whether the pantry could withstand an onslaught of new recipients.

“Not really, but we’re going to work on it. We have to do what we have to,” Mack said. “You get a little tired with all the people coming in. You’re not really used to it. We’re trying to do the best that we can.”