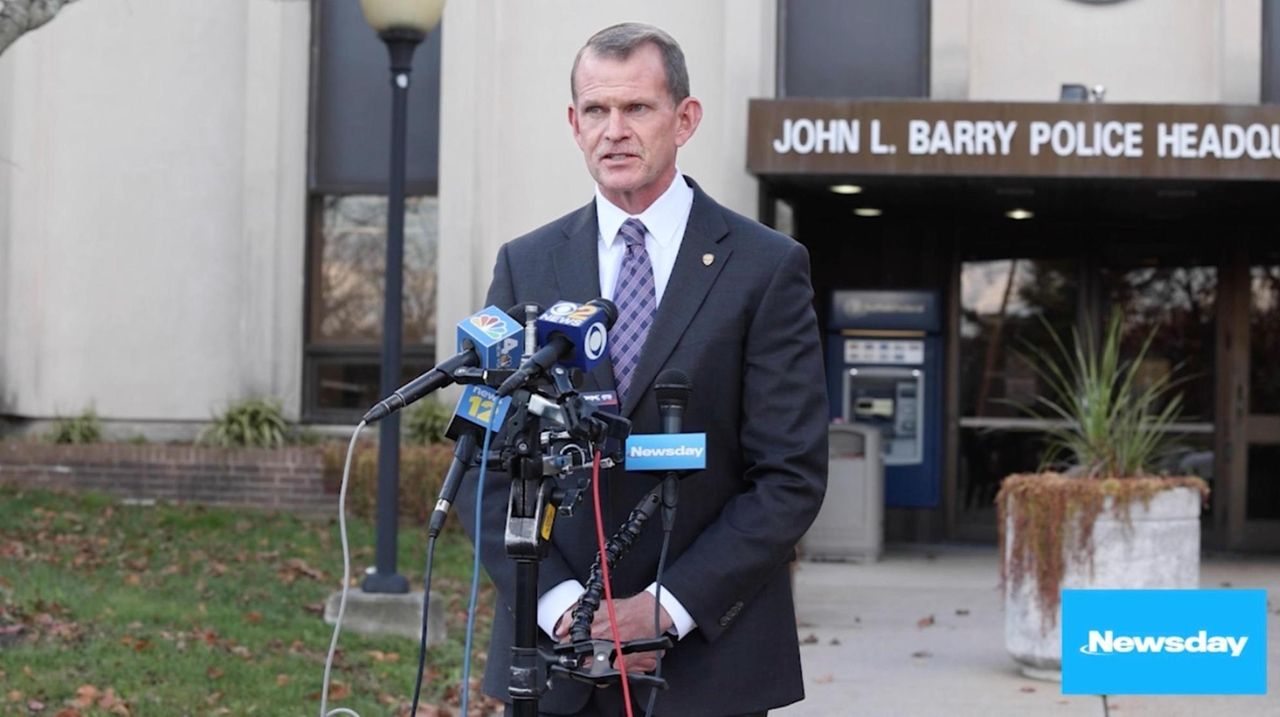 Suffolk police urged whoever caused an explosion on a Great South Bay island Sunday to contact investigators to rule out the blast as a test run for criminal activities.

"Obviously our department is concerned as to why someone would detonate a device of this size and magnitude on an uninhabited island," Suffolk County police acting Commissioner Stuart Cameron said during a Monday news conference in Yaphank.

"So we definitely want to find out who did it," Cameron said. "If you are the person responsible for this detonation, I encourage you to come forward and identify yourself to our department so we can find the root cause of this incident and allay any concerns for the public."

Cameron said the Suffolk police 911 center received 30 calls about the Sunday morning explosion that left a crater — four-feet wide by two-feet deep — on Fox Island, off Babylon. He said Nassau police also received 911 calls about the explosion, which rattled homes and businesses far from the island.

"We do know that when people produce homemade explosives, very often they want to test those explosives to make sure they function as intended," Cameron said, "so that is one of our concerns, and that is why we want to determine what transpired yesterday morning."

Town Supervisor Rich Schaffer said Babylon Public Safety was also swamped with calls about the blast. Shaffer said he heard the explosion shortly before 11 a.m. at his home, a quarter-mile from the Great South Bay.

On Sunday, the Suffolk police department’s Arson Section sought the public’s help identifying the operator of a vessel seen leaving the area at the time of the detonation. Cameron said the 23-foot boat had stripes.

"It’s off the beaten path," said Lindenhurst Mayor Michael Lavorata. "I never even heard of it before yesterday."

The officers found the crater on the north side of the island, Cameron said.

The blast was felt as far away as Sayville and Smithtown, according to Long Island residents who posted on VolcanoDiscovery.com, a website dedicated to earthquakes and seismic activity.

"House shook and heard what sounded like a boom," a Smithtown resident wrote on the website. "Almost like a large tree falling next to my home that made the house shake but it wasn’t a tree."

A Lindenhurst resident wrote of hearing a loud bang, and then felt the impact of the blast.

"I was positive . . . [something] hit the car in the driveway into the house or hit our house," the VolcanoDiscovery.com poster said. "It was so loud."

Explosion on Fox Island created crater, caused loud bang heard by residents, cops sayPolice are seeking information about a boat seen leaving Fox Island about the time of the explosion Sunday that sparked 911 calls from residents.