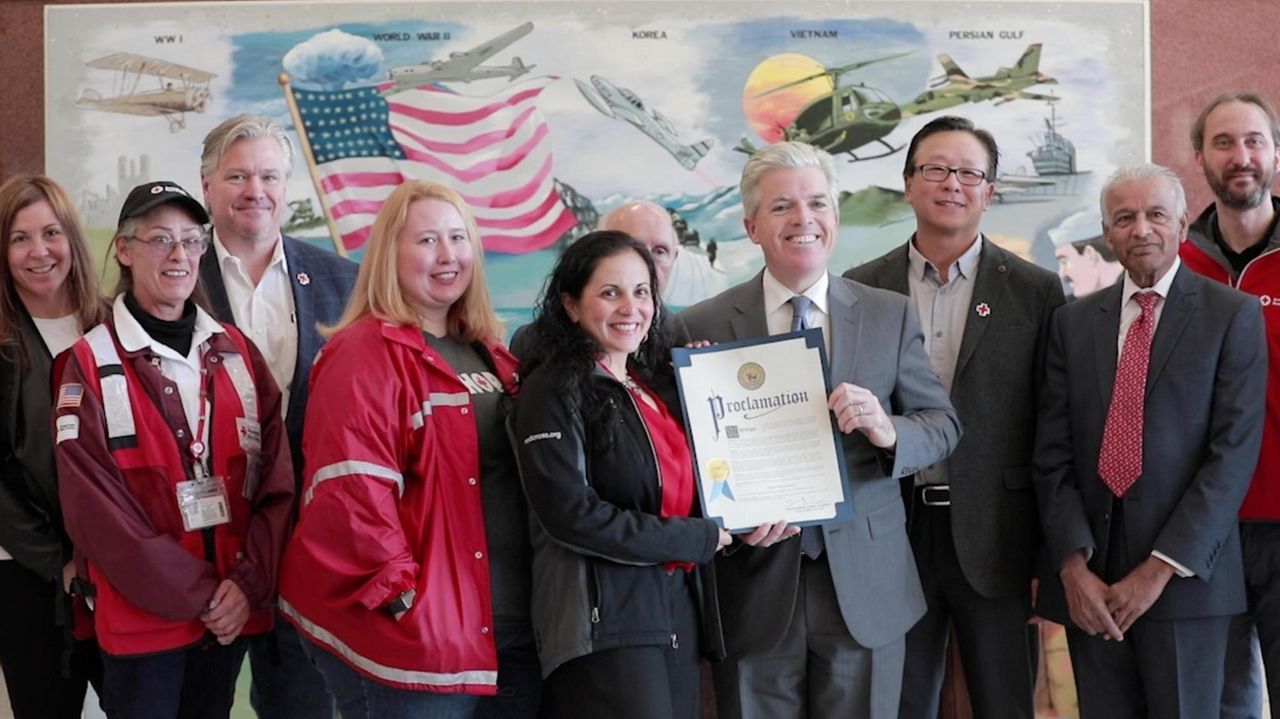 The American Red Cross plans to give away at least 2,000 smoke alarms to residents across Long Island, focusing heavily on Suffolk communities that have been devastated in recent weeks by fires in  multiunit apartment buildings.

The free smoke alarms, with a 10-year battery life, will be distributed and installed as part of the Red Cross' "Sound the Alarm" campaign, Suffolk County Executive Steve Bellone said at a news conference Tuesday in Hauppauge.

The move comes during a particularly destructive two-week span in which serious fires have displaced nearly 100 families in Central Islip, Patchogue, East Northport, Ronkonkoma and Melville. Most recently, a 71-year-old woman died Tuesday morning after emerging from a blaze at a gated apartment complex in Coram, police said.

"We all know that smoke alarms save lives," said Neela Lockel, chief executive of American Red Cross on Long Island.

Bellone noted that the Red Cross is best known for responding to natural disasters such as hurricanes and floods. But he said the group's most significant work often is unseen, providing meals and shelter to families left homeless by fires or offering CPR and water safety classes to local families.

"They are there in times of need to help people, but they also save lives doing this really important work around safety and prevention," Bellone said before a flag-raising ceremony declaring March as Red Cross Month. "And smoke alarms are a great example of this."

A new state law, which goes into effect April 1, mandates that all smoke detectors be powered by a 10-year, sealed, nonremovable battery or be hard-wired to a home. Homeowners and landlords will be required to upgrade their smoke detectors before selling or renting homes and apartments.

The American Red Cross plans to distribute and install 100,000 smoke alarms nationwide from April 27 through May 12, officials said. The safety devices will be distributed in Nassau and Suffolk on May 4 and May 10.

The nonprofit said it plans to target homes in communities that recently experienced major fires. They include a March 14 fire at a condominium complex in Central Islip that displaced 21 residents, a March 18 blaze at a Ronkonkoma apartment complex that left 27 residents unable to enter their homes and a March 23 fire at an apartment complex that uprooted 40 Melville residents.

Smoke alarms double an individual's chance of survival during a fire, Lockel said. Since 2014, more than 500 lives have been saved nationwide because of smoke alarms installed by the Red Cross, officials said.

"Individuals and residents have the ability to take control of this, to empower themselves and their families by installing working smoke detectors," she said.

Long Island residents can make an appointment in the coming weeks for the Red Cross to visit their home and install a free smoke detector. Search Long Island Home Fire Campaign for the form.