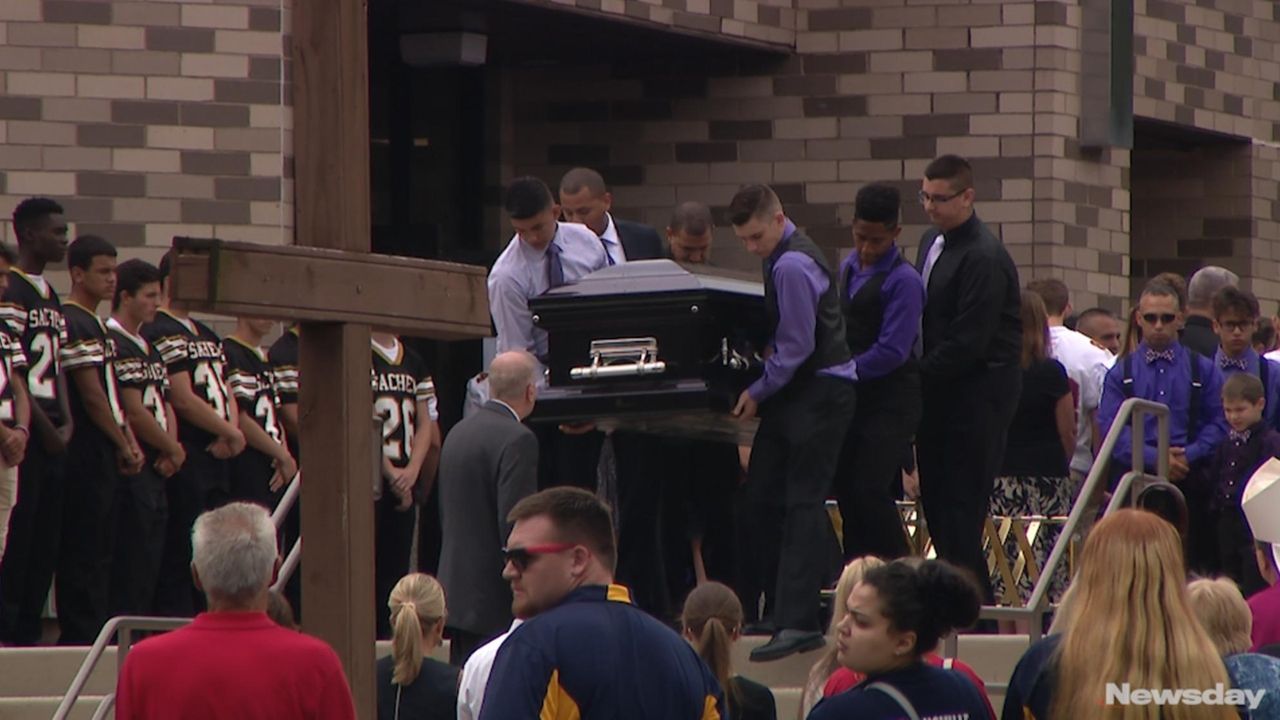 Members of the 16-year-old high school athlete’s family, some brushing away tears, then followed the black coffin into the Lake Ronkonkoma church to say farewell to a young man whose tragic death seemed to touch the entire Sachem community.

It was a solemn service, with tears shed by family, friends and football coaches but also, as the Rev. Kevin Thompson told the 1,000 mourners packed into the Lake Ronkonkoma church, a celebration of a promising teenager’s too-short life.

“We don’t know why God let this happen, but we know he is in God’s hands,” Thompson said of Mileto. “We will see him again and it will be a time of great joy.”

Thompson told the mourners, which included hundreds of Sachem East students, that Mileto may be gone, but he will always be a part of their lives.

Life changes, Thompson said, but it does not end, and Josh will always be that sports-obsessed pal who is quick with a smile and a song.

“He is still Joshua,” Thompson said. “He still does that crazy little dance when he thinks nobody sees him.”

Mileto died Thursday after a log he and four teammates had hoisted over their heads as part of a team-building exercise slipped from their hands and struck the Farmingville boy on the head.

“Josh is not dead,” Thompson said. “Josh is alive and well in God.” 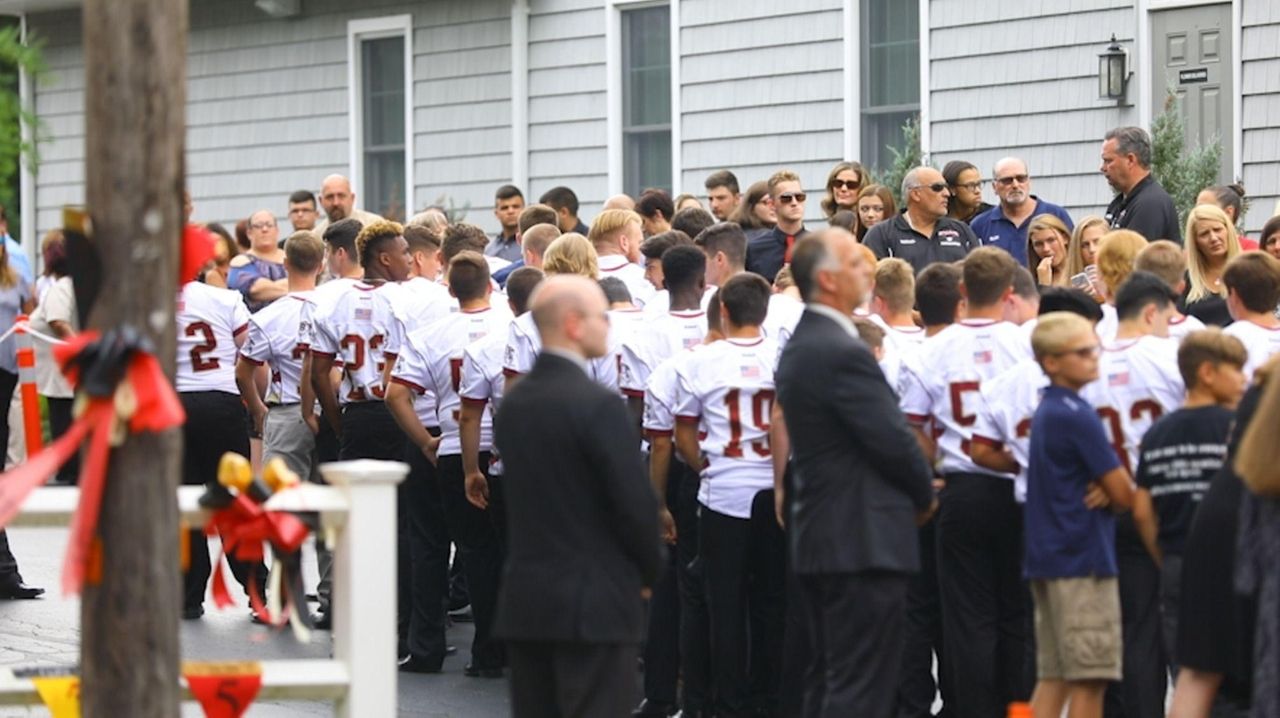 Mileto’s death sparked an outpouring of prayers not just from Long Island, Thompson said, but from across the nation and around the world. Hundreds of people lined up outside McManus-Lorey Funeral Home in Medford on Monday to say goodbye to the 5 foot 6, 134-pound wide receiver.

“The outpouring of support from the community, both local and island-wide, has been overwhelming and greatly appreciated,” the Mileto family said in a statement released Monday. “We feel incredibly blessed and honored to be the recipients of so much love and kindness.”

“It’s been tough for the community,” Falco said, “and the focus is on the family of Josh Mileto, our football players and coaches as we move forward.”

A Sachem East coach sobbed and doubled over as six young men carried Mileto’s casket out of the church and into a waiting hearse after the funeral Mass ended. Mileto’s three brothers — Nick, Andrew and Jake — placed their hands on the coffin, their faces scrunched with emotion.

Then Mileto’s parents, Angelo and Sayyida, stepped forward. They cried as they touched the casket and then draped their bodies over it for more than a minute.

A Suffolk County Sheriff’s vehicle led the procession — first the hearse, then a limousine carrying the Mileto family, and then school buses carrying Mileto’s teammates and classmates — as it exited the church en route to Holy Sepulchre Cemetery in Coram, where Mileto was buried

Rockville Centre Bishop John Barres, who helped officiate the Mass, said he was touched by the Mileto family’s grace during a difficult time.

“They are just beautiful people,” Barres said. “I was really moved by them.”

Barres, like Thompson, said Mileto will forever be part of his teammates lives.

“Friendship goes beyond the chasm of death,” the leader of Long Island’s Catholics said. “While they will not physically see Josh, in the years ahead they’ll burn with his presence in a beautiful way.”

A previous version of this story misidentified Mileto’s hometown due to an editing error.