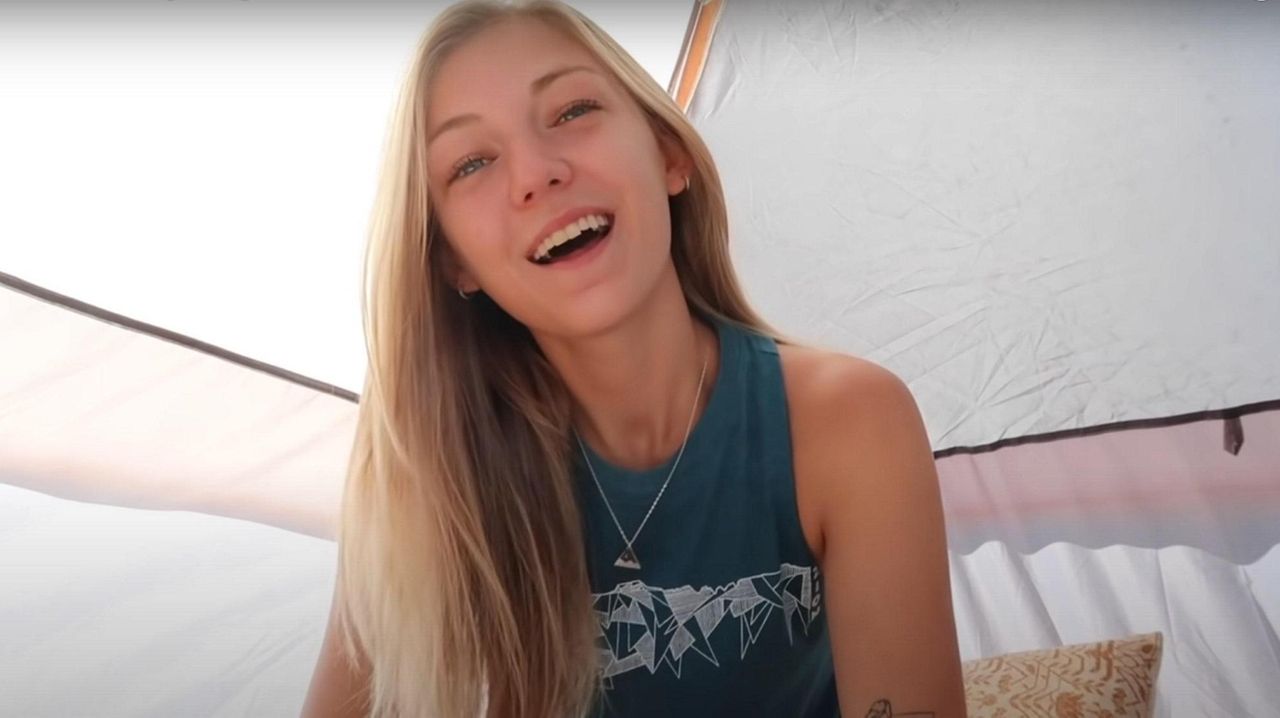 The FBI said Tuesday the death of Gabrielle Petito has been ruled a homicide based on preliminary autopsy results that positively identified the 22-year-old Blue Point native's remains, which were found Sunday in a national forest in Wyoming.

The FBI named Petito’s fiance, Brian Laundrie — who has refused to speak to authorities and is currently missing — as a "person of interest" in the homicide investigation. The FBI said Petito’s cause of death is pending final autopsy results.

"The FBI and our partners remain dedicated to ensuring anyone responsible for or complicit in Ms. Petito’s death is held accountable," said Michael Schneider, FBI Denver special agent in charge. "Mr. Brian Laundrie has been named a person of interest. Anyone with information concerning Mr. Laundrie’s role in the matter or his current whereabouts should contact the FBI."

Petito — a 2017 graduate of Bayport-Blue Point High School — was reported missing 10 days ago by her family while on a cross-country camping trip with Laundrie, after Laundrie returned home alone in her van.

Richard Stafford, the attorney for Petito's parents, in a statement Tuesday before the autopsy results were announced publicly, thanked the news media "for giving the Petito and Schmidt family time to grieve" and added: "We will be making a statement when Gabby is home."

Authorities in Florida on Tuesday renewed the search in a sprawling, 39-square-mile wildlife reserve for Laundrie, 23, who had gone missing last week amid the police investigation into Petito's disappearance.

His parents reported him missing last Friday, three days after his parents said he went for a hike at the reserve and didn't return home as police and her parents pleaded with him to reveal Petito's last whereabouts.

North Port, Florida, Police Department Commander Joe Fussell, who is leading the search of the reserve for Laundrie, said in a YouTube video released by the department that it had deployed all-terrain vehicles and drones to scour the area, which included flooded and heavily wooded areas that he called "very difficult" to traverse.

"Other areas that are dry we are trying to clear," he said. "So we are expecting to get wet by the end of the day and check the entire area for Brian Laundrie."

North Port police late Tuesday evening said they had concluded the search for the day after finding "nothing of note," but would resume Wednesday with a "similar operation."

The renewed search for Laundrie comes a day after the FBI searched Laundrie’s Florida home. Agents were seen removing several boxes from the home, and a silver Ford Mustang was towed from the driveway.

Petito's remains were found Sunday in a "remote area" of the Brider-Teton National Forest in Wyoming, where authorities said she was last in communication with her family after embarking on a cross-country road trip with Laundrie.

Petito and Laundrie, who met in high school and lived together in North Port, Florida, had left Long Island in July headed for several national parks with the final destination of Portland, Oregon.

Laundrie returned to their North Port home, where the couple lived with his parents, in her white van alone on Sept. 1 and refused to answer questions from police about Petito’s whereabouts. Police labeled him a "person of interest" in her disappearance. Petito's mother reported her missing Sept. 11, roughly two weeks after she last spoke to her daughter.

While the couple posted scores of smiling photos on Instagram from several scenic spots, all was apparently not well between them.

A man who called 911 to report a physical altercation in Utah last month between Petito and Laundrie said he saw a man "slapping" a woman, according to a newly released 911 recording.

"We drove by them and the gentleman was slapping the girl," the unidentified caller told the 911 dispatcher, according to the audio of the Aug. 12 call. "We stopped, they ran up and down the sidewalk. He proceeded to hit her. Hopped in the car and they drove off."

A report by Moab, Utah, police cited the 911 call, writing "it was reported the male had been observed to have assaulted the female." But in police body camera footage of the investigation, police ultimately labeled Petito, who was sobbing, the aggressor. No charges were filed.

Meanwhile, a search warrant obtained by North Port police last week allowed detectives to search a computer hard drive found in the van that the couple took on their road trip.

Police have not said what they found on the hard drive, citing the active investigation.

The police search warrant and accompanying warrant application also revealed new details about the days leading up to and after Petito's disappearance.

Petito communicated with her mother, Nichole Schmidt, through "multiple text messages" and "many talks" while traveling in a van with Laundrie on their way to Portland, according to the police search warrant application, but "during these conversations, there appeared to be more and more tension between her and Laundrie." The document did not provide details.

On Aug. 27, the document said, Petito’s mother received an "odd text" from her daughter, which read: "Can you help Stan, I just keep getting his voicemails and missed calls."

Detectives wrote that "Stan" was a reference to her grandfather, but according to her mother, she never referred to him by that name.

"The mother was concerned that something was wrong with her daughter," the document said, adding: "This was the last communication anyone had with the subject. Her cellphone was no longer operational and she stopped posting anything on social media about their trip. Per her family, this was not normal behavior for the subject, and they became more worried about her."

The detectives also noted: "Her cellphone has been turned off for approximately 15 days and there have been no sightings of her since August 27."

Schmidt’s attorney, Richard Stafford, said previously that she received a text on Aug. 30 from Petito’s phone, but doesn’t believe it was written by her daughter. Schmidt reported Petito missing to police on Sept. 11.

A license plate reader near a highway exit captured the van, which authorities have said was driven back to Florida by Laundrie, entering North Port at 10:26 a.m. on Sept. 1, according to the document.

Blue Point resident Beth Salata said in an interview Tuesday that she met Petito, who in high school dated her nephew.

"Just a beautiful, sweet girl, and it’s just tragic," Salata said. "I’ve been following the story since it broke and it’s just very upsetting. ... It's awful."

With Cecilia Dowd and Robert Brodsky

FBI says it has ended search of Florida home of Brian Laundrie, 'person of interest' in fiancée's disappearanceThe FBI spent several hours Monday searching the Florida home of Brian Laundrie, who police have called a "person of interest" in the disappearance of his fiancée Gabrielle Petito, a day after remains consistent with her description were found in Wyoming. In her native Blue Point, the library's flag was lowered in her honor, Cecilia Dowd reports. Human remains consistent with description of missing LI native Gabrielle Petito foundThe search of a Florida park and wildlife preserve for Petito's fiance, Brian Laundrie, labeled a "person of interest" by police, was suspended today. Blue Point native Gabrielle Petito 'loved that van life'She left Long Island in early July with her fiance, destined for the West Coast, with plans to go hiking and camping in some of the country's most scenic locales. The search for answers in her disappearance continues. Editorial: #vanlife is a story for todayIf anything positive can come from this sad story, it is the hope that other missing person cases can also be highlighted and solved.