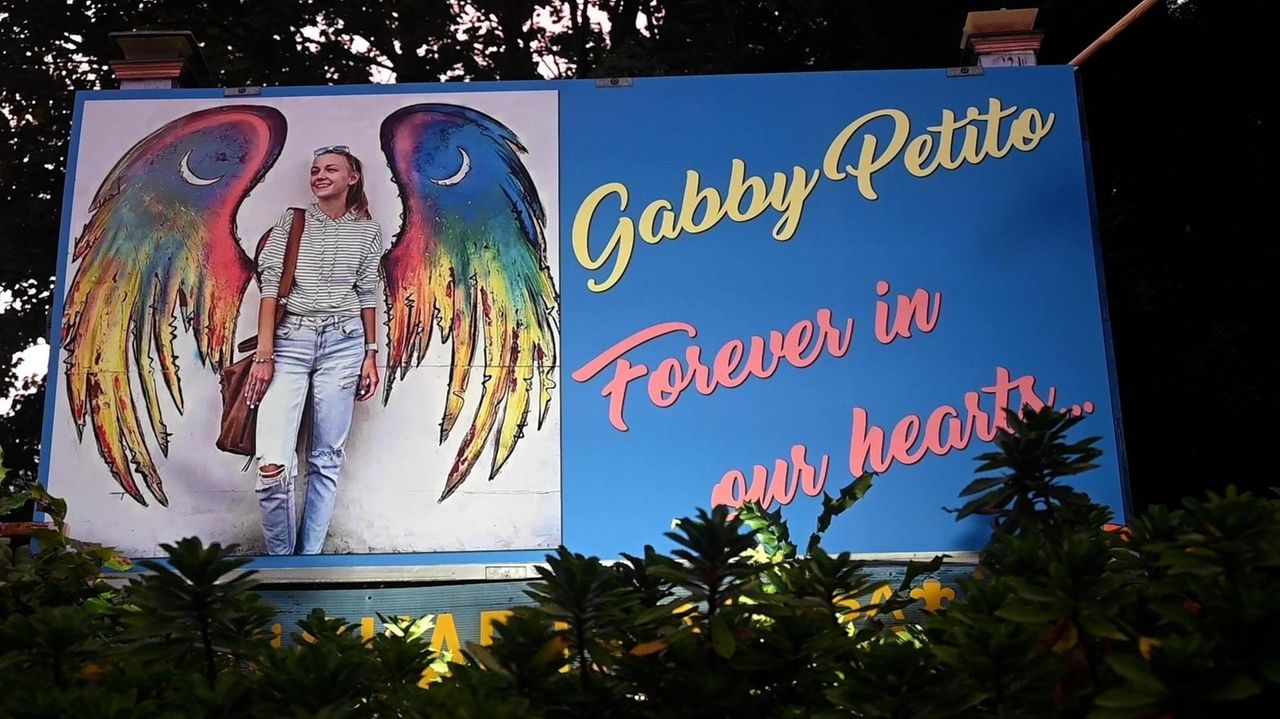 A police dive team joined the search Wednesday of a Florida nature reserve for Brian Laundrie, the FBI's "person of interest" in the homicide of his fiancee Gabrielle Petito, the 22-year-old Blue Point native whose body was found Sunday in a national forest in Wyoming.

The ground search concluded about 7 p.m., according to a North Port, Florida police tweet, which said nothing was found and the operation will continue Thursday morning.

The hunt for Laundrie, 23, who went missing last week amid the police investigation into Petito's disappearance, went on for a fourth day at the swampy and heavily forested 39 square-mile T. Mabry Carlton Jr. Memorial Reserve in Sarasota County, Florida.

"These guys, our law enforcement partners, they're motivated and they're hungry to find Brian Laundrie," said North Port Police Cmdr. Joe Fussell in a YouTube video released by the police department.

Laundrie's parents reported him missing last Friday, three days after they said he went for a hike at the reserve and didn't return home, as police and Petito's parents pleaded with him to reveal her last whereabouts. Laundrie had declined to speak to police through his attorney.

The FBI said Tuesday the coroner in Teton County, Wyoming, in preliminary autopsy results, had positively identified Petito's remains, and her death was ruled a homicide. The FBI said Petito’s cause of death is pending final autopsy results.

Petito, who had been living with Laundrie and his family in North Port, left Long Island in July for a cross-country camping trip with Laundrie in her white van. Her family reported her missing on Sept. 11, after Laundrie returned home alone in her van.

Meanwhile on Long Island, public tributes to Petito were on display Wednesday in her hometown. Volunteers affixed hundreds of teal ribbons, in honor of Petito, to trees and light poles around Blue Point. A large poster of a smiling Petito posing in front of angel wings with the words "Gabby Petito" and "forever in our hearts" was erected by the Bayport Blue Point Chamber of Commerce at an intersection on the border of the two communities.

Jennifer McNamara, a family friend who said Petito used to babysit her son, said she and other volunteers placed the ribbons around the hamlet with the permission of the family.

"We in Blue Point are all devastated," McNamara said. "We’re heartbroken. But we will rally around this family because that’s what we do in this community."

"The color is for Gabby’s eyes," McNamara said. "We asked the family if it was OK to do it, we’re very respectful of that, and they said ‘yes,’ and I said, ‘what color?’ and they said, ‘teal, like Gabby’s eyes.’

The FBI searched Laundrie’s Florida home Monday, less than 24 hours after Petito's remains were found. Agents were seen removing several boxes, and a silver Ford Mustang was towed from the driveway.

Petito's remains were found Sunday in a "remote area" of the Bridger-Teton National Forest in Wyoming, where authorities said she was last in communication with her family.

The couple documented their trip, with stops at national parks in Wyoming and Utah, on social media. They were supposed to end the trip in October in Portland, Oregon.

The couple was involved in a physical altercation in Utah on Aug. 12, about two weeks before Petito was last in contact with her family in late August.

A man called 911 to report he saw a man "slapping" a woman outside a convenience store in Moab, Utah, according to the 911 recording.

"We drove by them and the gentleman was slapping the girl," the unidentified caller told the 911 dispatcher. "We stopped, they ran up and down the sidewalk. He proceeded to hit her. Hopped in the car and they drove off."

In a Moab, Utah, police report, an officer noted "it was reported the male had been observed to have assaulted the female." But in police body camera footage of the investigation, Petito said she had slapped Laundrie and he pushed her away.

The officers labeled Petito, who was sobbing throughout the police interview, as the aggressor, and no charges were filed.

Bayport-Blue Point community to remember Gabrielle Petito with candlelightingThe announcement of the "Shine A Light for Gabby" effort comes as other public tributes continue to emerge around Gabrielle Petito's hometown. FBI: Gabrielle Petito's death ruled a homicideThe FBI said Tuesday the death of Gabrielle Petito has been ruled a homicide based on an autopsy that positively identified the 22-year-old Blue Point native's remains, which were found Sunday in a national forest in Wyoming. What happened to Gabby Petito? Key developments in caseA timeline and map of events leading up to and following the disappearance of Gabrielle Petito, the Blue Point native reported missing while on a cross-country road trip with her fiance, Brian Laundrie. FBI says it has ended search of Florida home of Brian Laundrie, 'person of interest' in fiancée's disappearanceThe FBI spent several hours Monday searching the Florida home of Brian Laundrie, who police have called a "person of interest" in the disappearance of his fiancée Gabrielle Petito, a day after remains consistent with her description were found in Wyoming. In her native Blue Point, the library's flag was lowered in her honor, Cecilia Dowd reports.