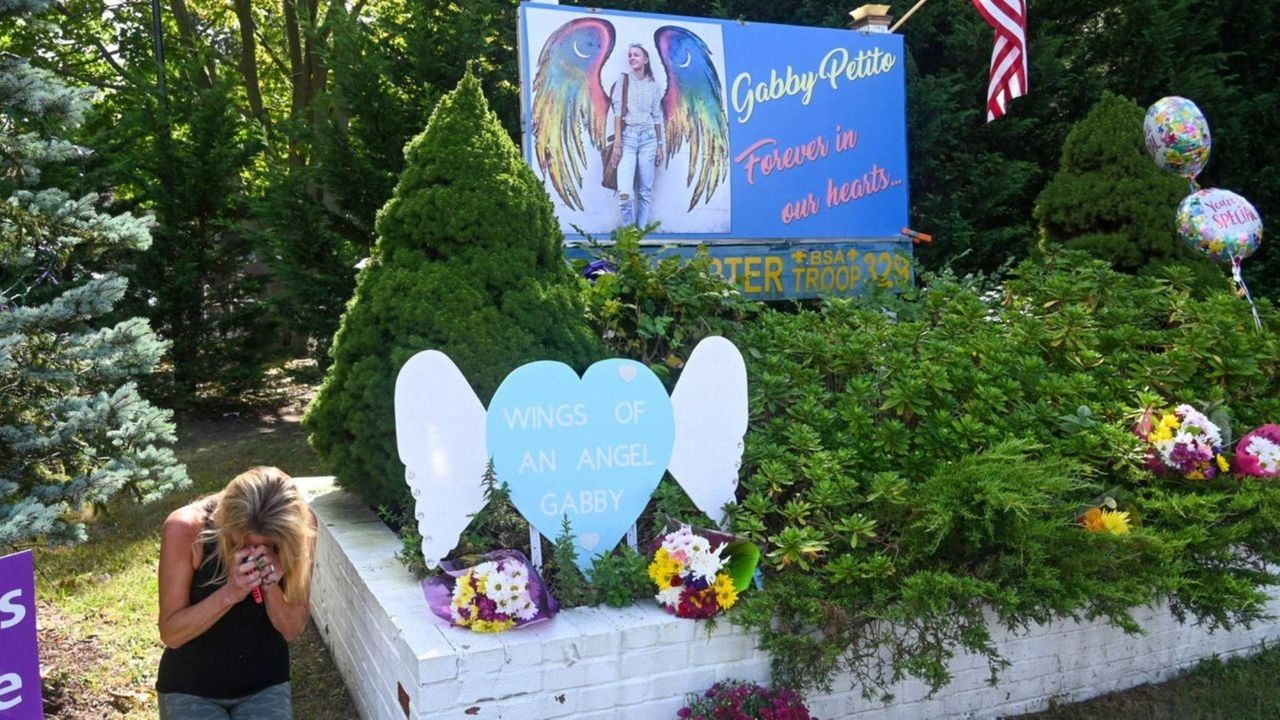 Federal authorities have issued an arrest warrant for Brian Laundrie, a "person of interest" in the homicide of his fiancee, Gabrielle Petito, for unauthorized use of a debit card and bank accounts after the 22-year-old Blue Point native’s death, the FBI said Thursday.

Laundrie, 23, of North Port, Florida, was indicted Wednesday by a federal grand jury in Wyoming on one count of "use of unauthorized access devices" for allegedly spending $1,000 or more on a Capital One Bank debit card and two bank accounts from Aug. 30 to Sept.1, the FBI in Denver said.

The FBI said the indictment was "related to Mr. Laundrie’s activities following the death of Gabrielle Petito," the first indication of when authorities believe Petito, who stopped communicating with her family in late August while on a cross-country road trip with Laundrie, may have died.

The FBI has named Laundrie, whose location is unknown, a "person of interest" in Petito’s death, which was ruled a homicide, and authorities have been searching a Florida reserve for him for several days. The FBI has not released Petito’s cause of death, according to preliminary autopsy results.

"While this warrant allows law enforcement to arrest Mr. Laundrie, the FBI and our partners across the country continue to investigate the facts and circumstances of Ms. Petito’s homicide," said Michael Schneider, FBI special agent in charge, in a statement. "We urge individuals with knowledge of Mr. Laundrie’s role in this matter or his current whereabouts to contact the FBI."

Laundrie’s attorney, Steven Bertolino, in a statement, said: "It is my understanding that the arrest warrant for Brian Laundrie is related to activities occurring after the death of Gabby Petito and not related to her actual demise. The FBI is focusing on locating Brian and when that occurs the specifics of the charges covered under the indictment will be addressed in the proper forum."

The attorney for Petito’s family did not respond to a message seeking comment.

The issuing of an arrest warrant for Laundrie represents an escalation in the investigation surrounding the homicide of Petito. The FBI searched Laundrie’s North Port home Monday — less than 24 hours after Petito’s body was found in the Bridger-Teton National Forest in Wyoming — and was seen removing several boxes. A silver Ford Mustang convertible was towed from the driveway.

Petito and Laundrie, who both graduated from Bayport-Blue Point High School, had left for their trip to Portland, Oregon, in early July. The couple stopped at several national parks along the way. Petito's family reported her missing on Sept. 11.

Laundrie returned to their Florida home Sept. 1 in her van and refused to talk to her family or police about Petito’s whereabouts.

Also Thursday, the Moab City, Utah, police chief said he was launching an investigation into the department’s response to a 911 call reporting an Aug. 12 domestic dispute Petito and Laundrie.

Chief Bret Edge said in a statement that the police department had received a request from "an outside party" for a formal investigation.

"We take all complaints seriously and we are committed to fully addressing these concerns," Edge said. "In compliance with police department policy, we will conduct an investigation. The police department will identify an unaffiliated law enforcement agency to conduct the formal investigation on our behalf."

Lisa Church, Moab City’s spokeswoman, said the investigation request came from an attorney in California who is not affiliated with the case.

Petito and Laundrie were stopped by police in Utah after a witness called 911 reporting he had seen a man "slapping" a woman, before they drove off in a white van. Despite that initial claim, police wrote in their report that Petito had tried to slap Laundrie, who then pushed her back and tried to get away from her, then locked her out of the van. She climbed back inside and the van took off speeding, police said.

On body camera footage later released, the responding officers said they viewed Laundrie as the victim after a crying Petito admitted slapping his arm. The officers ultimately pressed no charges.

A separate statement from the City of Moab said it "is unaware of any breach of Police Department policy during this incident."

Meanwhile, hundreds of people lined up Thursday at the Blue Point Nature Preserve for candles, which are set to be lit in unison outside the homes of residents in a quiet tribute to Petito on Friday at 7 p.m. Each candle, which came with a bag of sand to hold it in place, cost $20. All proceeds are to go to Petito's family.

Demand for the candles was so high — organizers said they sold more than 1,000 — that anyone who had not preordered one was turned away shortly after 2 p.m. Thursday. At one point, the line was more than 30 deep and organizers brought in a second table to handle the crowds.

"We are trying to help the family and give them a little bit of piece of mind," said Beth Houdek-Boland, of Bayport, who bought a candle. "It is personal and gut-wrenching. There is not a time in the course of an hour in this community that someone is not bringing up the case."

Bayport-Blue Point community to remember Gabrielle Petito with candlelightingThe announcement of the "Shine A Light for Gabby" effort comes as other public tributes continue to emerge around Gabrielle Petito's hometown. FBI: Gabrielle Petito's death ruled a homicideThe FBI said Tuesday the death of Gabrielle Petito has been ruled a homicide based on an autopsy that positively identified the 22-year-old Blue Point native's remains, which were found Sunday in a national forest in Wyoming. What happened to Gabby Petito? Key developments in caseA timeline and map of events leading up to and following the disappearance of Gabrielle Petito, the Blue Point native reported missing while on a cross-country road trip with her fiance, Brian Laundrie. FBI says it has ended search of Florida home of Brian Laundrie, 'person of interest' in fiancée's disappearanceThe FBI spent several hours Monday searching the Florida home of Brian Laundrie, who police have called a "person of interest" in the disappearance of his fiancée Gabrielle Petito, a day after remains consistent with her description were found in Wyoming. In her native Blue Point, the library's flag was lowered in her honor, Cecilia Dowd reports.

Brookhaven white-collar workers' union to seek mediation for contract
Feds: LI therapists among 9 in $3.3M government scam
College enrollment down 6.6% over two years
All 18 seats in Suffolk Legislature up for election
Police: DNA analysis to be performed on Brian Laundrie's remains
Manhasset district says hackers stole sensitive information
Didn’t find what you were looking for?