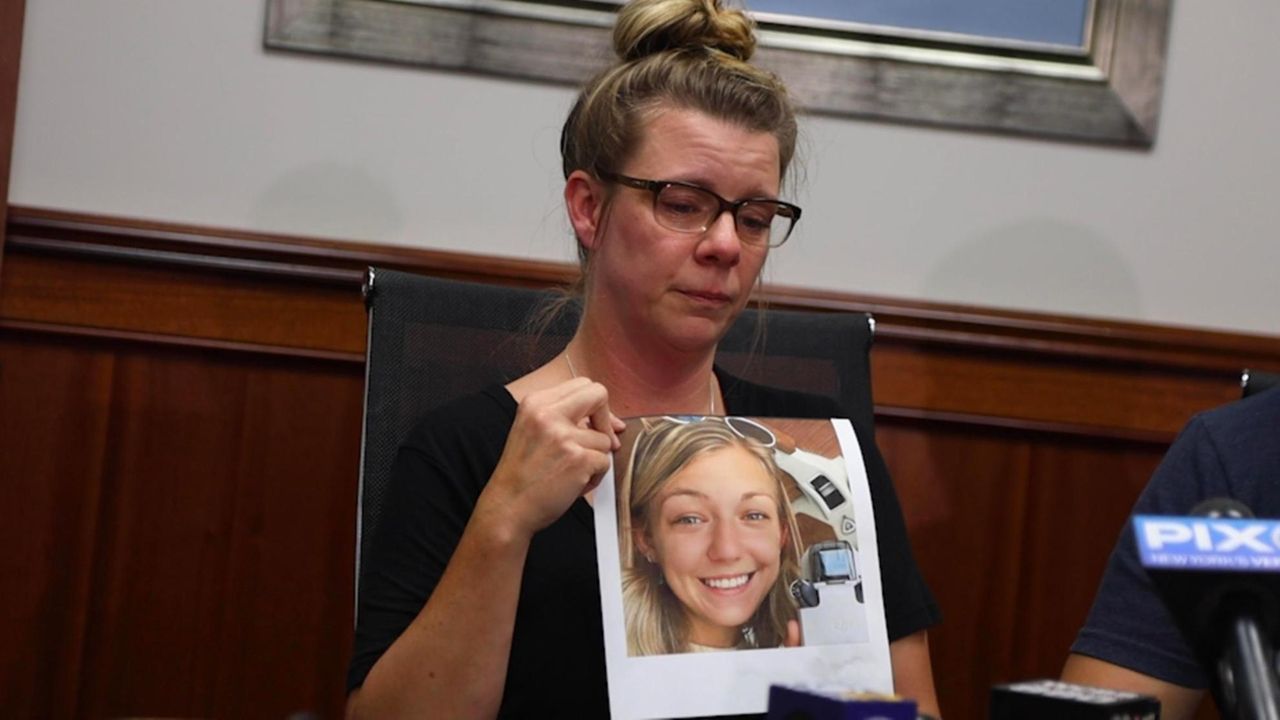 Police in Florida will hold a press conference Thursday to discuss the disappearance of a former Blue Point woman — one day after authorities there said the woman's boyfriend is a "person of interest" in the case.

The press conference is scheduled for noon, according to North Port, Florida, police, who are leading the investigation into the disappearance of Gabrielle Petito.

Petito, 22, had been living in North Port with her boyfriend, Brian Laundrie. The two were traveling on a cross-country road trip when Petito went missing.

On Wednesday, North Port police said Laundrie is a "person of interest" in her disappearance. Also Wednesday, Utah authorities reported that a physical altercation between the couple stemmed from the "emotional strain" of traveling together.

An investigating Utah officer who interviewed Petito and Laundrie separately wrote that Laundrie said they had been traveling together for the last four to five months, causing "issues between the two."

"That time spent created emotional strain between them and increased the number of arguments," the officer wrote.

The Moab, Utah, police report said a witness reported seeing the couple arguing in a van. The "male had been observed to have assaulted the female" and she had also slapped him, the report said.

Petito, according to one of the responding officers, was crying and breathing heavily when she was interviewed.

No charges were filed as a result of the Utah incident, which took place about two weeks before Petito stopped communicating with her parents. Her mother, Nichole Schmidt of Blue Point, reported her missing to Suffolk County police Saturday — 10 days after Laundrie returned without her to their Florida home in her van.

There were no "significant injuries" in the incident, and ultimately one police officer wrote that the interaction was the result of a "mental health crisis." Both told police they were "in love" and didn't want to press charges.

The details of that encounter were revealed Wednesday as police in North Port, Florida, identified Laundrie as a "person of interest" in Petito's disappearance and said he is "hindering" the investigation by declining to speak to police.

He said, "I think there are things that we know in this investigation that we’re trying not to release. "

Taylor added that the van, which authorities seized Saturday from the North Port home where Petito lived with Laundrie and his parents, had been processed Tuesday by police and the FBI.

Laundrie's attorney, Steve Bertolino of East Islip, in a statement responded that he had advised his client not to speak to police and called the "person of interest" label a "formality."

"In my experience, intimate partners are often the first person law enforcement focuses their attention on in cases like this, and the warning that 'any statement made will be used against you' is true, regardless of whether my client had anything to do with Ms. Petito's disappearance. As such, on the advice of counsel Mr. Laundrie is not speaking on this matter," the attorney said.

"This formality has not really changed the circumstances of Mr. Laundrie being the focus and attention of law enforcement, and Mr. Laundrie will continue to remain silent on the advice of counsel."

Just hours later, the chief of the North Port, Florida, police, Todd Garrison, tweeted at Bertolino that the department "needs your help" in finding Petito.

"Please call us to arrange a conversation with Brian Laundrie. Two people left on a trip and one returned!" the chief tweeted.

The Moab police report, released Wednesday in response to a public records request, said a witness called police on Aug. 12 about 4:30 p.m. and reported he had seen a couple, later identified as Petito and Laundrie, inside a van near a convenience store "engaged in some sort of altercation."

Police stopped the van, which was allegedly going 45 mph on a roadway with a 15 mph speed limit, outside Arches National Park, where the vehicle left its lane and struck the curb, police said.

The report said further investigation showed Petito had tried to slap Laundrie, who then pushed her back and tried to get away from her, then locked her out of the van. She climbed back inside and the van took off, Officer Eric Pratt said, and it was then stopped.

"I do not believe the situation escalated to the level of a domestic assault as much as that of a mental health crisis," wrote Robbins, who said both were extremely upset and he determined the two should separate for the night "so they could reset their mental states without interference from one another."

Robbins wrote that the pair agreed, "although they did express a desire to remain together," and Petito "maintained possession of the van" while the officer took Laundrie to a hotel.

Since Petito went missing, the North Port police said in a statement posted on Twitter Wednesday, Laundrie "has not made himself available to be interviewed by investigators or … provided any helpful details."

Petito's family, in a statement Wednesday through their attorney, directly addressed Laundrie, saying: "Brian, how could you do this to Gabby? You selfishly remain silent while Gabby is all alone in the wilderness … your silence is reprehensible! We beg you to do the right thing and help us bring Gabby home."

The statement added: "Tell us where Gabby is. You tarnish you[r] love for her with your silence."

Rick Stafford, a Bohemia-based attorney for Petito's mother, declined to comment when asked about the Utah incident.

"We were instructed by the FBI not to discuss anything to do with Gabby and Brian's relationship," Stafford said.

The North Port police, now the lead agency in Petito's disappearance, also released three photographs of Petito's white 2012 Ford Transit van, which the couple had been traveling in, and asked anyone who saw the van and may have information to contact a new FBI national tip line at 1-800 CALLFBI.

Police said they have already received hundreds of tips in the case, which is also being investigated by the FBI and Suffolk police.

Petito and Laundrie, who both attended Bayport-Blue Point High School and had been living together in Florida, departed Long Island in early July for a cross-country road trip to Portland, Oregon.

She was last known to be in Grand Teton National Park in Wyoming — about nine hours driving distance north of Moab — in late August.

Schmidt last FaceTimed with Petito around Aug. 23 or 24. Schmidt previously said she received texts sent from her daughter's phone until Aug. 30 but wasn't sure Petito sent them.

The Bayport-Blue Point School District released a statement saying Petito, who graduated from the high school in 2017, "excelled in the area of art throughout her four years at Bayport-Blue Point. For anyone who had the pleasure of working with Gabby they were able to see how likable and truly genuine a person she was. Her free-spirited personality was evident to all, and she always talked about her desire to travel."

Police footage shows LI native after altercation with fiance weeks before disappearanceIn the Moab, Utah, body camera video, police interview Gabrielle Petito and Brian Laundrie on Aug. 12 about the events leading to their physical altercation.     'Come forward': Family of missing woman implores boyfriend to disclose where he last saw herIn a statement, the parents of Gabrielle Petito said the boyfriend of their missing daughter is refusing to answer "critical questions" about their daughter's whereabouts. 'She needs help': Parents searching for ex-Blue Point woman gone missing in WyomingThe parents of Gabrielle Petito, 22, formerly of Blue Point, say she was traveling in Wyoming with her boyfriend when she stopped communicating with them last month.