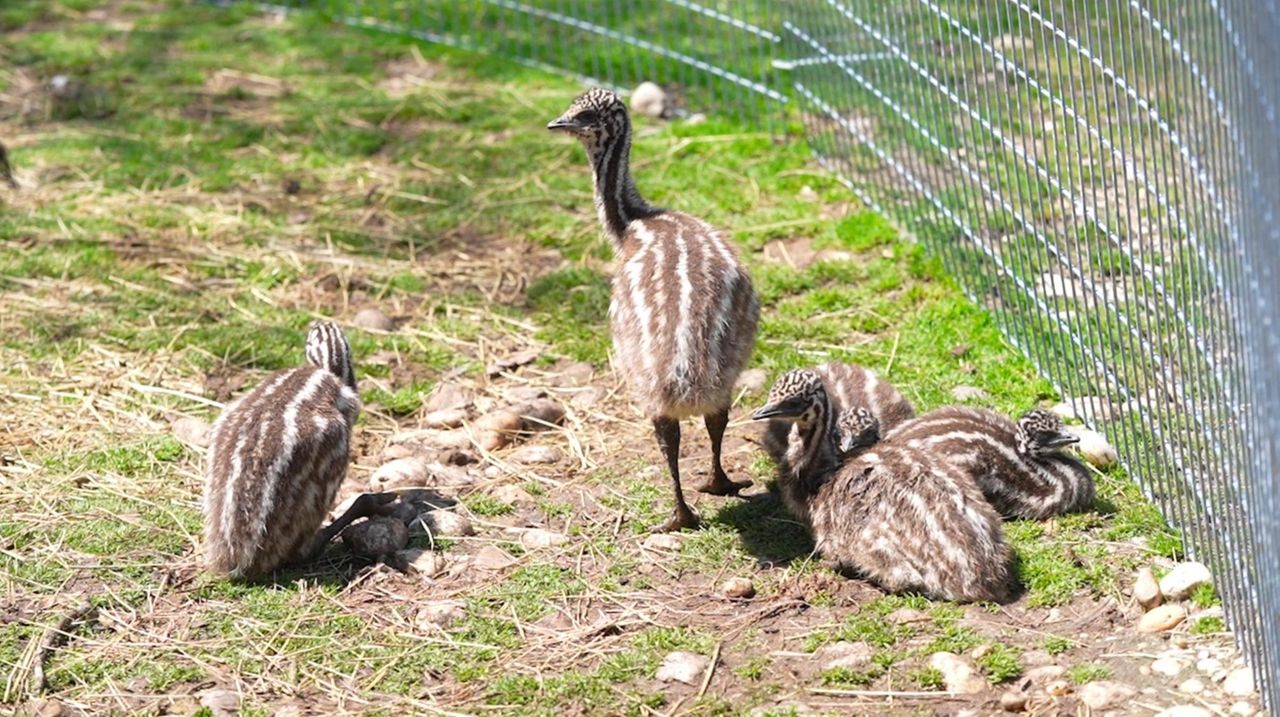 When an emu named Banana hatched March 21 at the Long Island Game Farm Wildlife Park & Children’s Zoo, his legs were splayed and his inability to stand could have cost him his life. Thanks to Chela Novak, the daughter of the Manorville farm’s owner and manager, Banana is doing well. Credit: Randee Daddona

This little emu’s survival is one of those against-the-odds tales that embodies the way new life arrives every spring, regardless of a pandemic, sometimes needing a helping hand.

In this case, a deftly placed homemade splint, coupled with a lot of love and devotion during a home quarantine, has allowed the emu, named Banana, to grow into a mischievous youngster about 2 feet high. After a rough start, the bird is now as bright, curious and vocal as could be.

When Banana hatched March 21 at the Long Island Game Farm Wildlife Park & Children’s Zoo in Manorville, his legs were splayed, as if he were stuck doing the splits. His inability to stand could have cost him his life.

That's until Chela Novak, 25, of East Moriches — the daughter of the farm’s owner and manager — spied him resting indoors in his crate a day later.

“I picked him up and he fell asleep in my hair, and I think I reminded him of a feathery emu,” she said. “I turned to my husband and said, 'We’re taking him home.’”

She was able to care for him — 24 hours a day initially, with frequent eyedropper feedings — as she and her husband, Kyle Jackson, 27, both were quarantined for a week from their jobs at an organic chicken farm. Novak fashioned the splint with a hair tie to help stabilize Banana's legs.

“I did not think he would make it,” Novak said. “I couldn’t sleep — you never sleep when you have a little animal.”

Especially one at first reduced to just a sad little chirp.

“Now he just yells all day; I know the difference in his calls,” she said, explaining that Banana gets a little panicky when she is out of sight. But his gait is just fine, which suggests that by autumn he might develop quite a kick.

When fully grown, emus — Australia's second-largest bird after the ostrich — can top 6 feet and weigh 100 pounds or so. They don't fly but can run as fast as 30 mph — and if cornered, slash predators with their kicks, their toe claws sharp as knives.

When Banana was 4 days old, he was well enough for Novak to bring him four new siblings: newly hatched chickens named Potato, Zucchini, Gouda and Cheesecake. The chickens will help him learn to be a bird and keep him company, though he already is much larger than they are.

Novak believes Banana is a male, but that won't become certain until later. Males can develop distinctive feathers, and only females communicate with a deep sort of chest-thumping noise, she said. The bird was named in honor of a banana bread-loving friend with expertise in embryology whose advice was invaluable.

When Banana is older and the weather is warmer, Novak plans to reintroduce him to his original family while keeping him and the chicks, at least one of which naps on his back, together forever.

The 51-year-old game farm — like all other such New York attractions — hasn’t opened due to the pandemic. When it again welcomes visitors, possibly they'll see Banana start running, or gobbling his favorite foods, like kale.

“He hates iceberg lettuce,” though, Novak said. “He spits it out.”