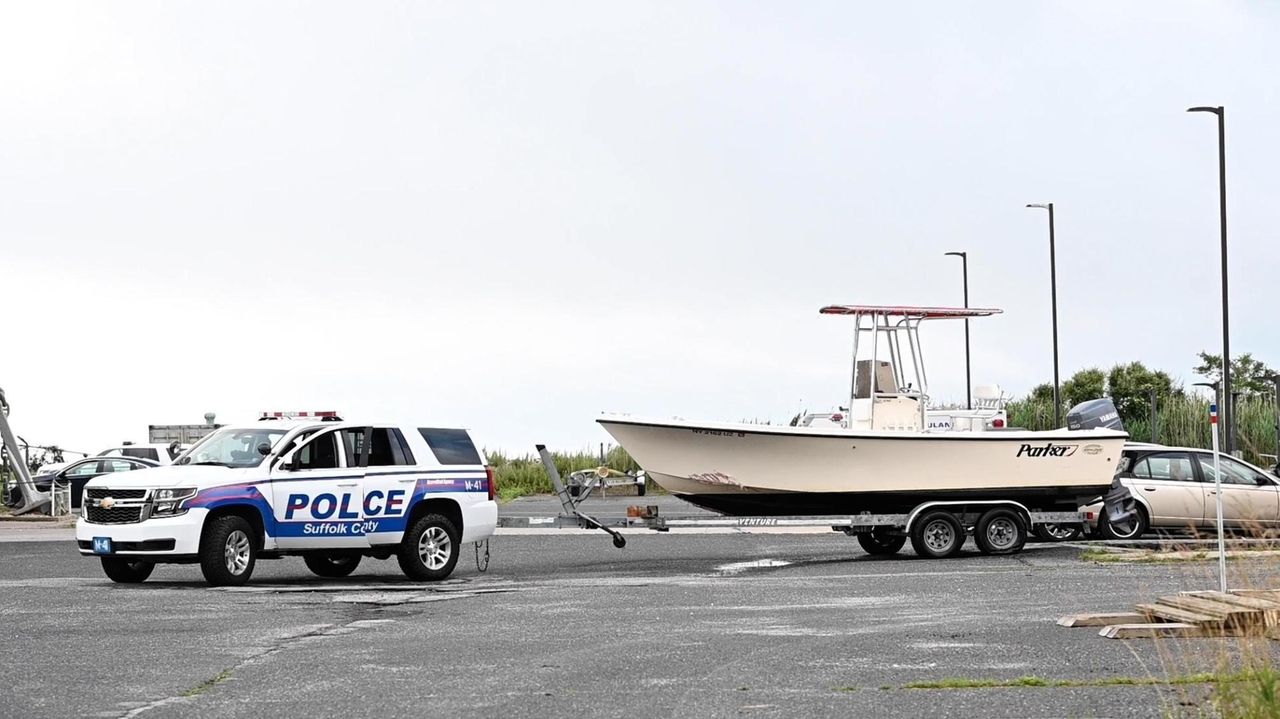 Suffolk police said the operator of a vessel that hit a jetty early Monday faces a boating while intoxicated charge, and a search is underway for the 25-year-old passenger who was flung overboard in the crash. Newsday's Chelsea Irizarry reports. Credit: Newsday staff

Suffolk police are searching for a 25-year-old man who was ejected from a boat after it struck a jetty on the Great South Bay near Sayville early Monday, officials said, and the boat's operator has been criminally charged.

Jack Benjamin, 25, of Farmingville, who was driving the craft at the time of the crash, was charged with boating while intoxicated, according to police.

Benjamin was operating a 2003 Parker center console boat at 1:23 a.m. when it struck one of the jetties at the end of Browns River Road in Sayville, police said.

The force of the collision threw the passenger overboard, according to officials. The passenger was not wearing a life jacket.

Police have not identified the missing man.

Benjamin and a female passenger were transported to South Shore University Hospital in Bay Shore, where they were treated for injuries sustained in the crash and released. Three other passengers escaped injury, police said.

John Kneessy of Bayport said conditions on the water can be dangerous at night because of poor lighting and visibility. His thoughts were with the family of the missing man.

"As a parent, it is your worst nightmare," Kneessy said. "Especially at night. We all go to sleep hoping that our kids are going to be OK and then to get a phone call like that, it is very, very sad."

Traffic on Long Island waterways can sometimes get chaotic, according to Jessie Seeman of Holbrook, who said boaters need to take precautions during busy holidays and at night

"You really need to be at the top of your game," she said.

Suffolk Police Acting Commissioner Stuart Cameron warned boaters to take precautions during a news conference last week. He urged boaters to avoid overconsumption of alcohol while on Long Island waters during the Fourth of July weekend.

Benjamin will be held at the Fifth Precinct and is scheduled for arraignment Tuesday at First District Court in Central Islip, authorities said.

Of those who drowned — four out of five fatal accident victims — 86% were not wearing life jackets, based on reported usage.