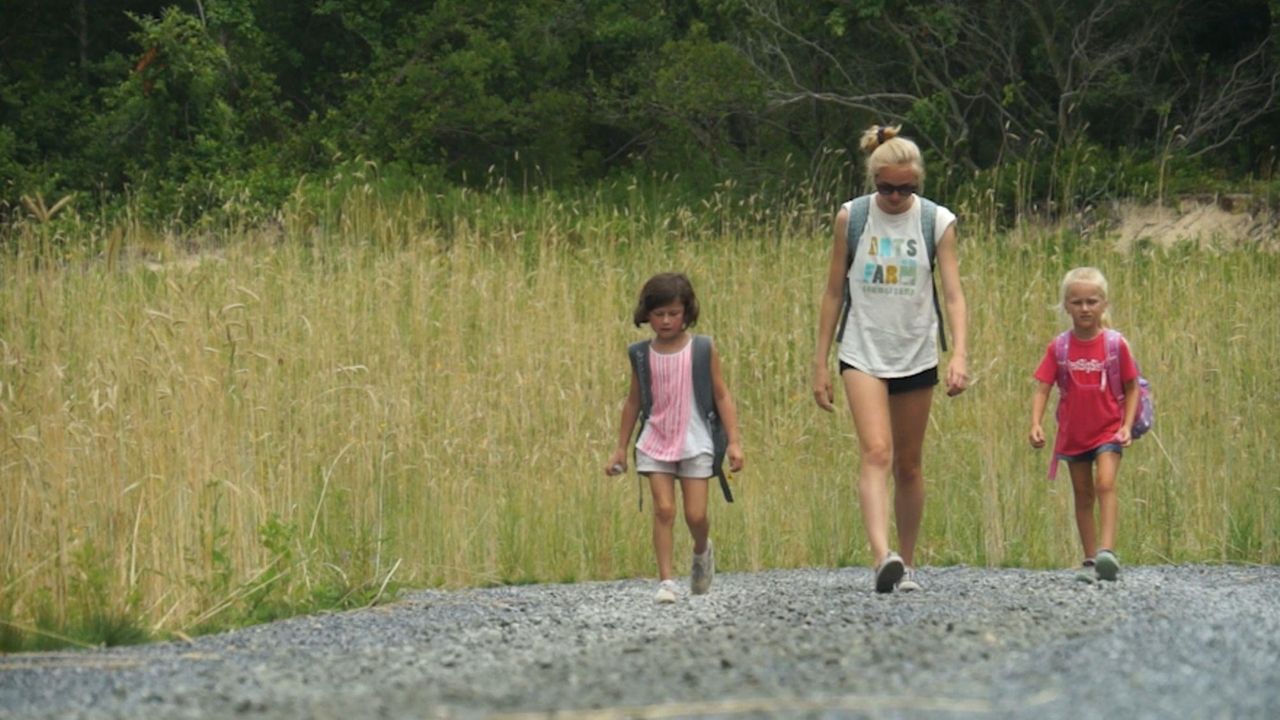 On Tuesday, July 11, 2017, a news conference was held at Hallock State Park Preserve to announce its official opening. There was a celebratory atmosphere as state Parks Commissioner Rose Harvey said that because of numerous renovations, it's as if they're opening a brand-new park. Credit: Newsday / John Paraskevas

Hallock offers expansive views of the Sound from its bluffs, along with a 4.5-acre pond and “hoodoos” — unusual rock formations resembling chimneys.

“It’s about really connecting with the great outdoors,” Harvey said.

The other half of the original parcel owned by the utility is being protected as permanent farmland, he said.

The preserve property was acquired in 2002, but the official opening was delayed until new parking lots and a visitors center could be built, partly funded by Gov. Andrew M. Cuomo’s $900 million, 10-year park improvement plan.

Surfing, paddleboarding, canoeing, fishing, horseback riding and in winter, cross-country skiing, will all be allowed at Hallock.

New exhibits and an information kiosk will inform tourists about the environment, local history and attractions — from farms and wineries to bed-and-breakfasts.

Bryan Erwin, chairman of the Long Island State Parks Commission, grew up near the preserve and said it embodies what makes the area unique.

“I could show them the beaches and the farmland,” Erwin said of visitors. But until the new visitors center, “there was no place to show them what it means to be from the North Fork.”

Some of the individuals who fought for the park attended the opening: Sen. Kenneth LaValle (R-Port Jefferson); Richard Wines, a board member of the Hallockville Museum Farm located next door; and David Manning, formerly of KeySpan, who now works for Brookhaven National Laboratory.

KeySpan’s former chairman, Robert Catell, withstood intense pressure to sell the land to developers for many times more than the $16 million preservationists could raise.

“Bob Catell felt a corporate responsibility to do something that was so valuable for the community,” LaValle said.