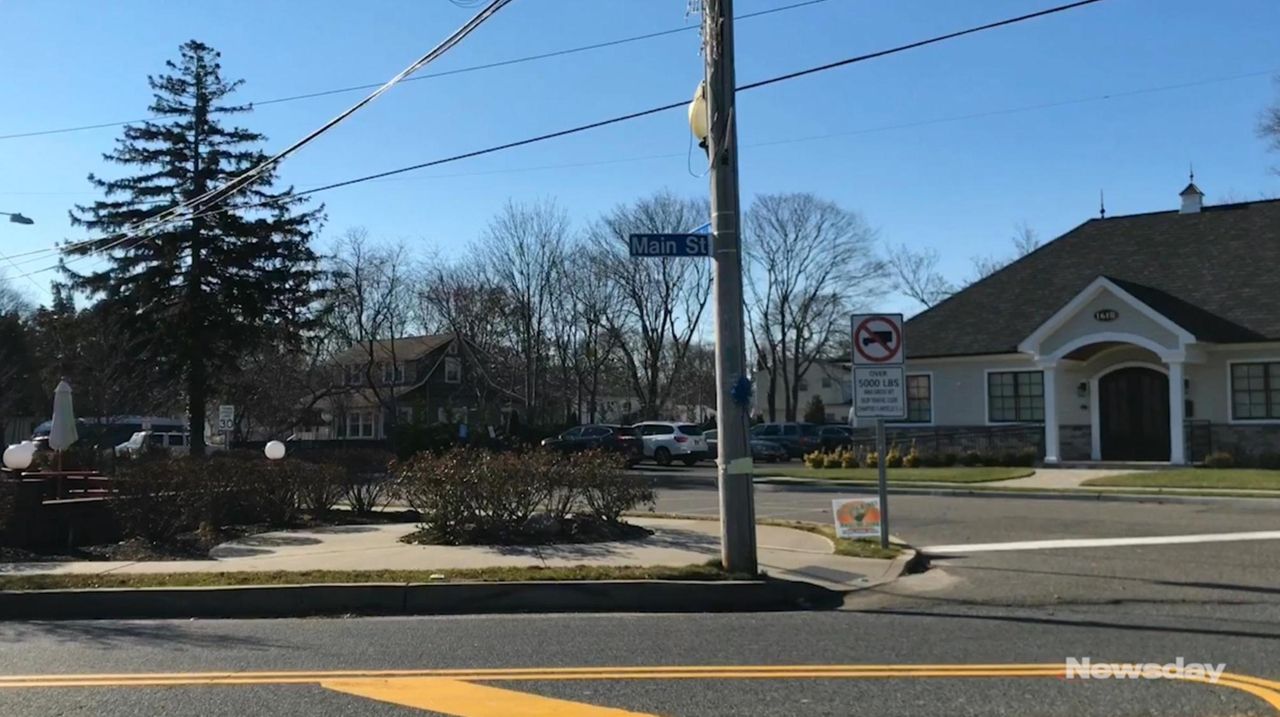 Officials are studying plans to revitalize downtown Holbrook, seen Monday, from a strip of shopping centers to a more traditional downtown, before an anticipated influx of new customers from the Ronkonkoma Hub. Credit: Newsday / Rachelle Blidner

Holbrook residents and elected officials are working on ways to transform the hamlet's commercial heart from a strip of shopping centers to a more traditional downtown.

Officials said they have enlisted a nonprofit research group to plan how to potentially revitalize the downtown before an expected influx of new customers from the Ronkonkoma Hub, a  53-acre development of housing, shops, and office and medical space.

“I feel personally, having grown up in Holbrook, Main Street doesn’t really have a choice,” said Legis. William J. Lindsay III, who helped secure funding for the study. “It has to evolve. Otherwise, it’s going to continue to deteriorate.”

A group of Holbrook residents, business owners and officials said they began meeting about a year ago to brainstorm what an improved downtown would look like: a version of bustling downtown Patchogue on a smaller scale. They want more restaurants and a wider variety of businesses. They see storefronts directly on the street instead of behind parking lots. They envision affordable housing for seniors and millennials, with some units potentially over storefronts or in stand-alone developments. They imagine wider streets, medical facilities and a bicycle path.

The group presented its ideas in August to the Regional Plan Association, which is conducting a hamlet study through an existing contract with the Suffolk County Industrial Development Agency, officials said. The association has undertaken similar studies for Amityville, Lindenhurst, Kings Park and Smithtown.

The Holbrook study is expected to cost about $40,000, officials said.

The Ronkonkoma Hub, about 1.25 miles from downtown Holbrook, presents an opportunity for Main Street because, as the closest commercial center, it could attract Hub residents, officials said.

“That strip of storefronts and shops and restaurants is going to start hopping, and we need to start planning for that,” Islip Town Councilwoman Trish Bergin Weichbrodt said.

The Hub, being developed by East Setauket-based Tritec Real Estate, will have 1,450 housing units and 615,000 square feet of office, retail, medical and hospitality space, development partner Robert Loscalzo said.  Construction began about 14 months ago and will be complete in about seven to 10 years at a cost of at least $600 million, he said.

The first phase of construction for 489 housing units is expected to be complete in early 2020, with half ready for move in around June, he said.

Residents will go to Holbrook and Lake Ronkonkoma for shopping and dining, Loscalzo said.

"We definitely think those downtowns are going to benefit," he said.

Downtown Holbrook could also be developed more with a planned sewer connection to the Hub’s line, Lindsay said.

An opportunity to redevelop Main Street will likely benefit business owners, even if it raises the possibility some could be forced out by shopping centers converted to a different use, said Kevin Guilfoyle, vice president of the Holbrook Chamber of Commerce.

Redevelopment and sewer connections would allow businesses to expand and serve more customers, Guilfoyle said. The downtown vacancy rate is about 15 percent, and if more businesses go out, owners may want to relocate to a busier area, he said. Merchants are already contemplating whether to relocate to the Hub.

“Many people are worried what effect the Ronkonkoma Hub is going to have on their business,” Guilfoyle said of others' concern about potential competition.

The study is expected to be complete in early 2019. Officials said they will most likely then apply to both Islip and Brookhaven towns to change the downtown zoning to allow for more development.

Ideas for a revitalized downtown Holbrook include: