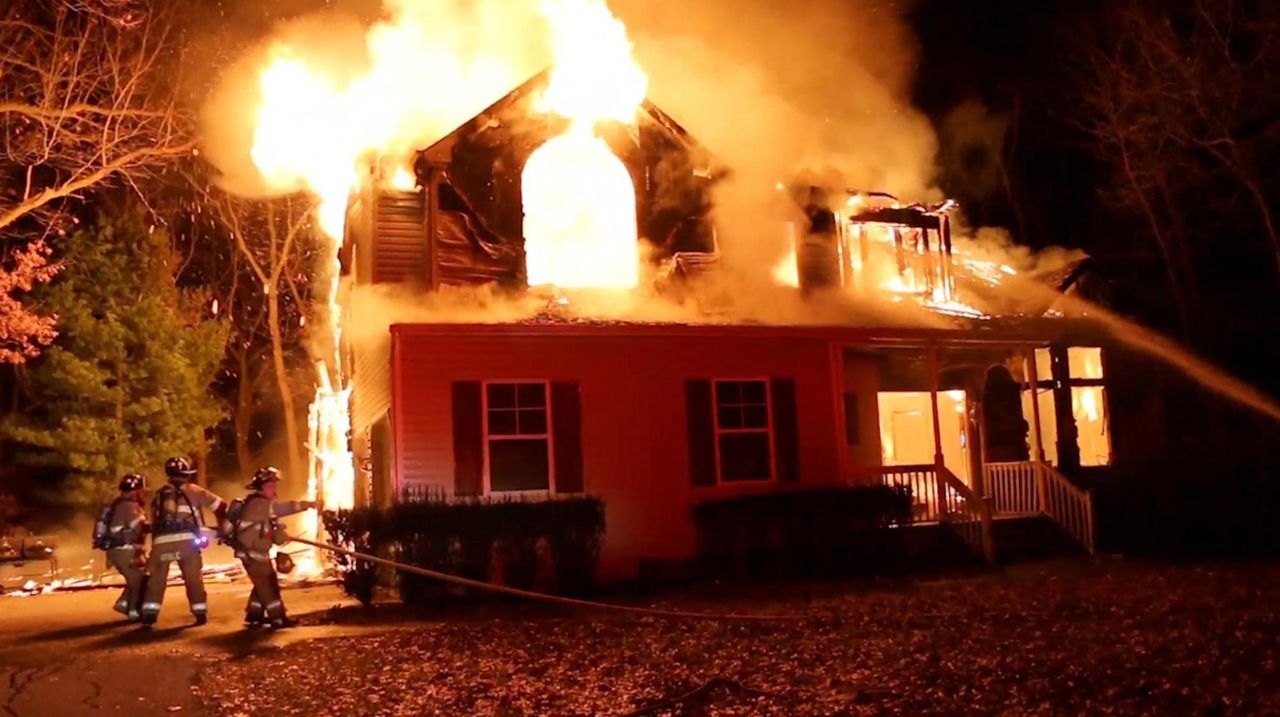 A man was killed and two firefighters injured Tuesday evening in a house fire in Medford, Suffolk County police said.

The victim,who lived in the home, was pronounced dead at the scene, police said in a statement Wednesday. Police withheld his name pending positive identification by the Suffolk County medical examiner.

Police officers from the Fifth Precinct, along with firefighters from Medford and North Patchogue, responded to the blaze on Oregon Avenue at about 10:30 p.m., police said.

"The fire was extinguished," Beyrer told News 12 Long Island at the scene. "Inside, the sole resident was found deceased."

The cause of the fire is under investigation by the Homicide Squad and Arson Section detectives, police said.