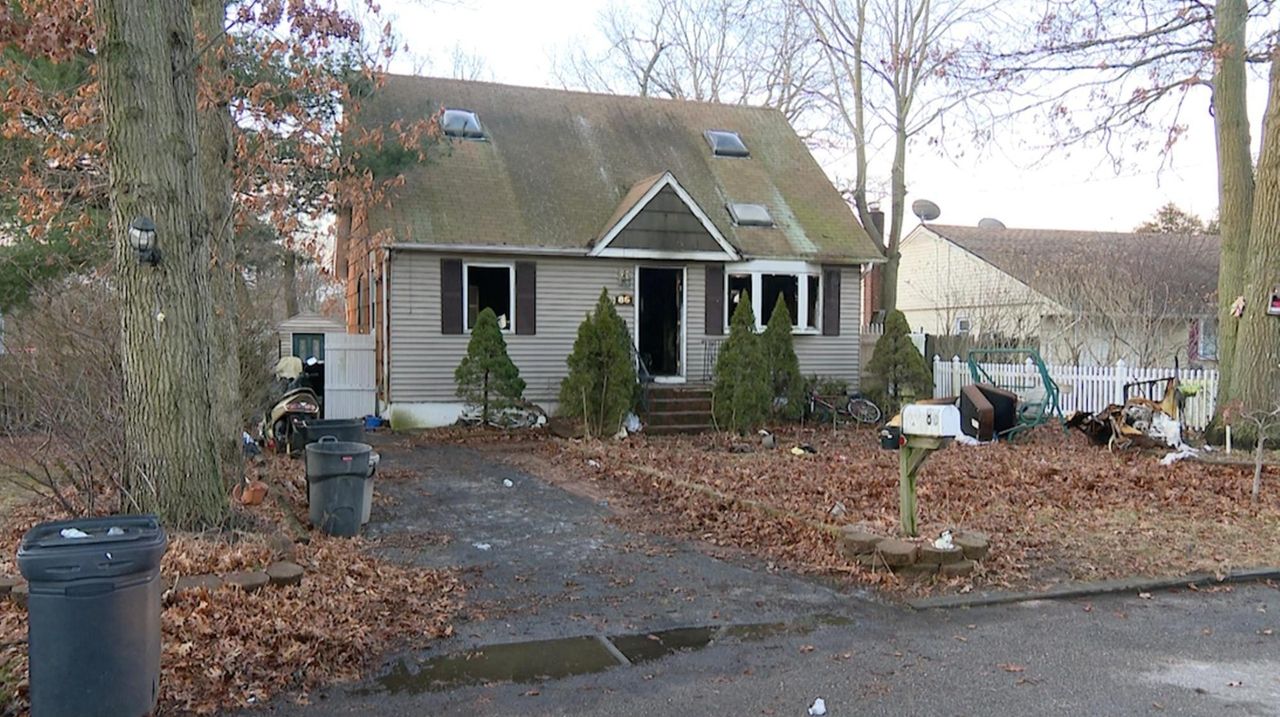 A North Patchogue homeowner and a tenant died Monday in a house fire, Suffolk County police said, adding the house had no smoke detectors. Kimberley Bonsignore, 54, and Brenda Richardson, 56, have been identified as the women who were killed, police said. Credit: News 12 Long Island

A homeowner and one of her tenants died Monday in a house fire in a North Patchogue ranch that Suffolk County police said had no smoke detectors.

Kimberley Bonsignore, 54, and Brenda Richardson, 56, have been identified as the women who were killed in the Sinn Street house fire, police said in a release.

“We think it was an electrical fire that started in the basement,” Suffolk homicide Det. Lt. Kevin Beyrer said in an interview. “The fire burned up into the house.”

The fire was discovered by another tenant who came home just before 1:30 a.m., Beyrer said.

“He felt the door was hot,” Beyrer said. “He opened the door, saw the flames, backed out and called 911.”

Several minutes later, Fifth Precinct officers arrived and attempted to enter the house through the front door, but the fire prevented them from doing so, police said in a news release.

Patrol Sgt. Michael Guerrisi and officers Taylor Herbst and William Boyd entered the basement and woke a 47-year-old male resident, who was brought out of the house, police said. The unidentified man was taken to Long Island Community Hospital in East Patchogue with injuries that were not life-threatening, police said. Herbst suffered a back injury during the rescue and was taken to the same hospital for treatment.

Firefighters from four departments put out the fire, police said.

The two women's bodies were found on the first floor, Beyrer said. A physician assistant from the Suffolk medical examiner's office declared them dead at the house, police said.

The survivor told police that an electrical heater was used primarily to heat the house, according to Beyrer.

“That could certainly have overloaded the circuit,” Beyrer said.

“It was fortunate that he did come home at that time, or there would have been a third fatality, possibly,” Beyrer said at the scene.

Detectives from the Homicide Squad and Arson Section are investigating the fire, but police said they believe it to be “noncriminal.”

Brookhaven Town is investigating whether the house was occupied illegally.