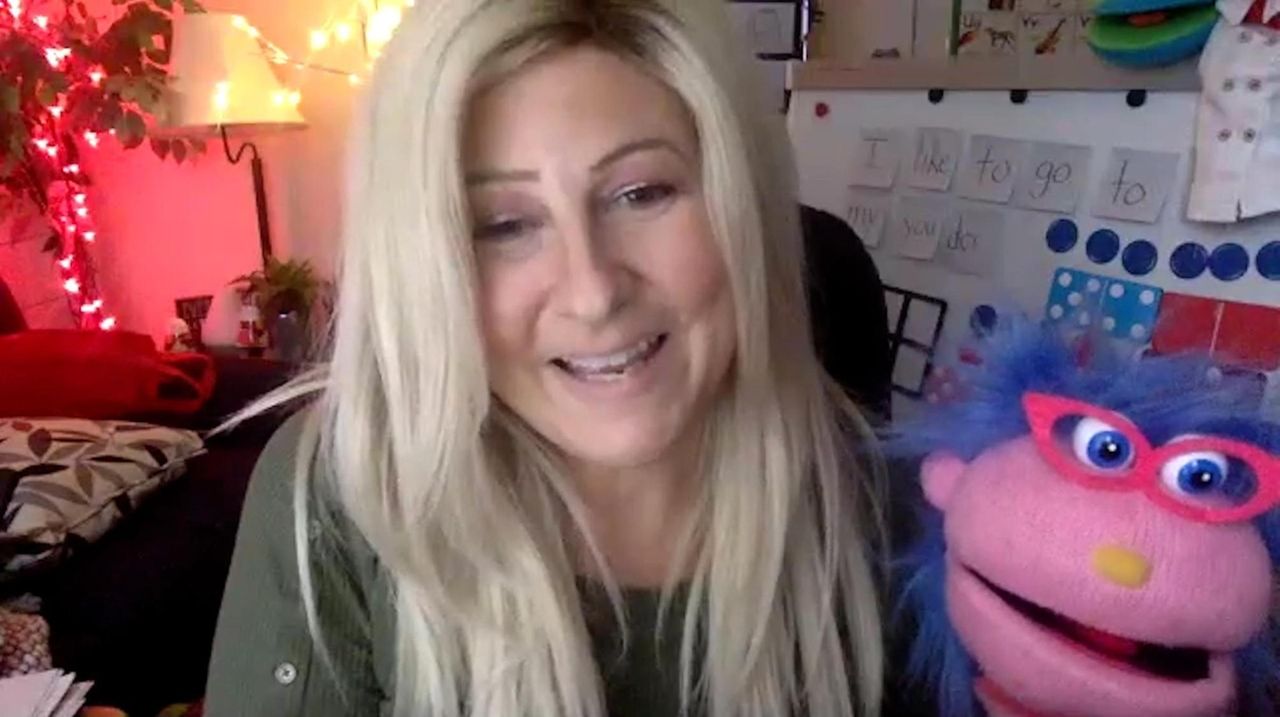 Kindergarten student Avery Green surprised his teacher, Keri Stromski, with a "hugging machine" he and his mother made for her. Stromski, who had stage-four breast cancer when she spoke in March about the creation with Newsday's Cecilia Dowd, died Tuesday, according to a spokesman for the Riverhead Central School District. Credit: Howard Schnapp, Madison Stromski; Photo Credit: Cathie Green, Keri Stromski

Avery Green knows that, and he’s only 5. His kindergarten teacher, Keri Stromski, knows it too. And, in this time of COVID-19, not being able to envelop her little charges in her arms is especially difficult.

For Stromski, 48, the lack of physical contact with her students comes at a time when she is battling stage four breast cancer.

"A hug is just everything," she said during a Zoom interview with Newsday. "A hug is love, a hug is support, a hug is joy, a hug is healing, a hug is connection. A hug is relationships. It’s an exchange of energy, where you are just letting people know without saying a word how much you love them."

Avery, in his own interview, said he was inspired to make hugs happen for Stromski, his favorite teacher, who blows kisses to him and the other kindergartners during virtual school in Riverhead.

"We decided to make the hugging machine because Miss Stromski missed hugging everyone else," he said.

Cathie Green, Avery’s mom, said she was inspired by stories she had seen on the Internet during the early days of the COVID-19 pandemic — contraptions people had made to allow grandparents to hug grandchildren.

"I decided I would make something portable that we could just take to her and she could hug people," Green said. "We surprised her with it."

Theirs was made of a black-and-silver coat rack with clear plastic bags fashioned into a reverse coat with sleeves, one set for an adult on one side and a set placed lower for little ones, plus a covering for the face suspended from the top.

"She screamed and had the whole family come out" when they brought it to the teacher's house, Green said. "She called for her husband and her kids to come see it."

Stromski is a mother of three and a former teacher of the year in the Riverhead Central School District, where she has taught for 23 years. She said Avery is a sparkplug who loves to talk and interact.

During the holidays, she recalled, she saw the students in person and they wanted to hug her. But due to her illness and the pandemic, the parents would not allow it.

Green, a patient care provider, called Stromski an amazing teacher who even schedules her medical appointments around her students’ schedules.

"This is the least I can do for her for everything that she does for our children," Green said.

She said a hug parade is on the horizon once Stromski is feeling better.

"Those kids never know Mrs. Stromski is sick. They have no clue. And they have no clue because of the wonderful person that she is," said Green, who said the teacher's impact on Avery has been remarkable.