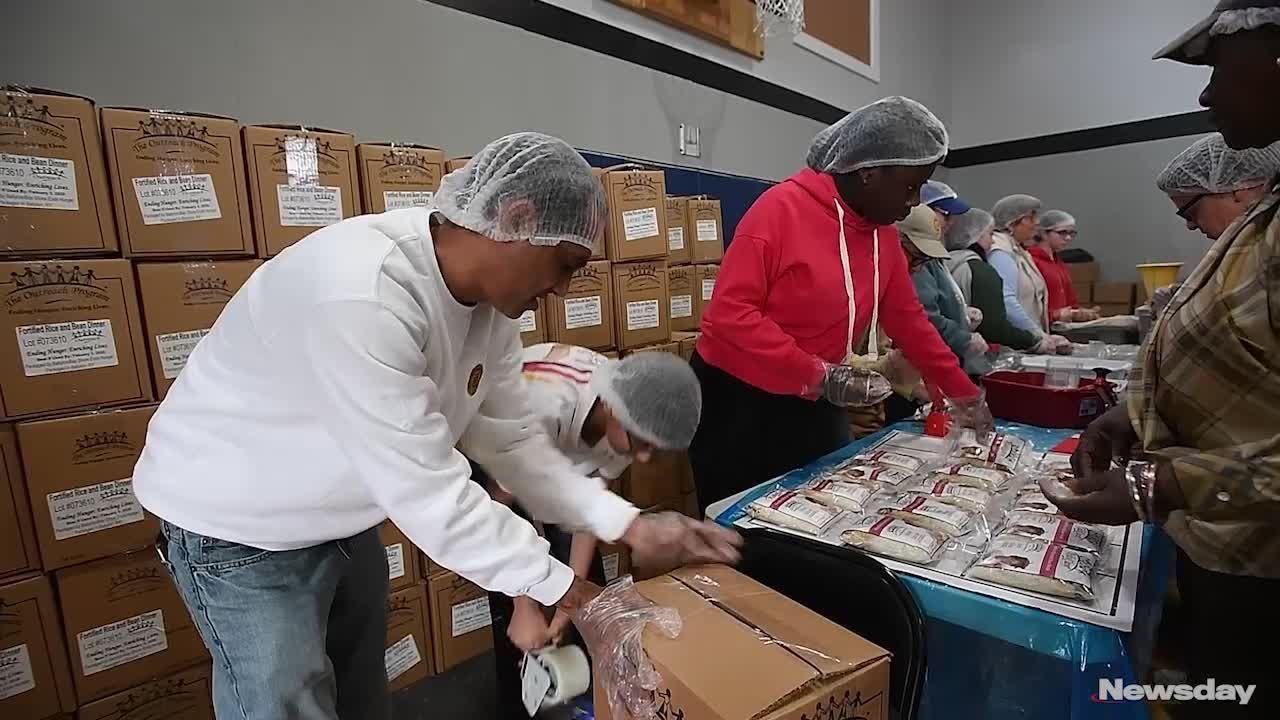 The Babylon Rotary Club along with other local organizations packaged meals that will help feed thousands of needy families on Long Island as well as victims of Hurricane Maria in Puerto Rico. (Photo Credit: Newsday /J. Conrad Williams Jr.)

The work was tiring. Placed on a table, the funnel was taller than John. But the 10-year-old said his fifth-grade gym classes gave him the endurance necessary for the task. Besides, he said, it was for a good cause: packing thousands of meals for the needy.

“It makes me feel happy,” he said. “I get to work with other people, and I get to help others” too.

John was not the youngest volunteer at the First Presbyterian Church in Babylon on Saturday, and certainly not the oldest. Generations of Long Islanders joined John at the charitable event, where more than 300 volunteers packaged 70,000 meals.

“There’s a huge need in our community,” said Megan Noble, past president of the Babylon Rotary Club, one of the local groups sponsoring the event. “Everybody wants to help.”

Working in assembly lines, volunteers filled plastic bags with rice and beans or macaroni and cheese, weighed and sealed them, then packed them into boxes to be picked up by local churches. Event sponsors purchased the ingredients from a nonprofit headquartered in Union, Iowa, called The Outreach Program.

But the remaining 56,000 will stock food pantries and soup kitchens nearby, she said.

“They’re going right here in our community to people who need this,” said Suffolk Legis. Kevin McCaffrey (R-Lindenhurst), who was on hand scooping ingredients.

“We really need to step out of our comfort zone and think about the need of someone else,” said Mehta, 49, an information technology consultant.

Others came from nearby to lend a hand, such as village Mayor Ralph Scordino.

“This is what it’s all about in Babylon Village,” he said. “Everybody helping out.”

Saturday’s event, by the numbers