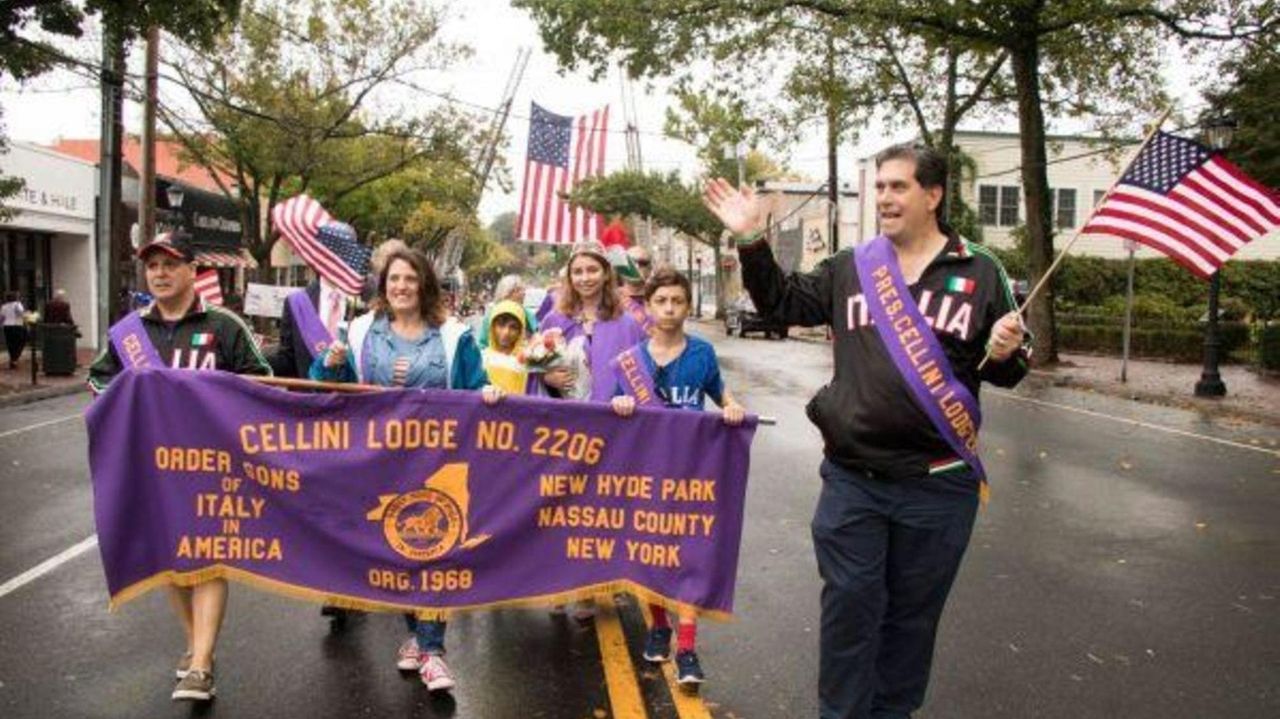 Revelers braved the rain Sunday to attend the Town of Huntington’s annual Long Island Sons of Italy Columbus Day Parade, where cultural pride was on display.

Grace Pangbourne, 46, of Port Washington, said the weather wasn’t a deterrent because she had family members in the parade. She said she also wanted to honor the memory of her father, a 35-year member of the Knights of Columbus who died last year.

“The rain couldn’t keep me away,” she said.

Town plans to stand by its Columbus statue

The Sons of Italy distributed car magnets during the parade that read, “Save Columbus Day.”

Historians credit Christopher Columbus’ journeys with enlarging the known world and furthering an age of exploration, but also point out his poor treatment of native peoples.

“It’s necessary to know what our history was like in order to move forward and grow from there,” said Michele Itri, 44, of Manhasset, who attended the parade. “If we don’t know things that were done in the past, how can we move forward and change?”

Recently, town officials said they have no plans to remove the Columbus statue at Main Street and Lawrence Hill Road, that has served as a gateway to downtown Huntington for more than 40 years.

The officials said they felt the need to make a statement in light of calls elsewhere that Columbus statues be removed from public view because of the 15th century explorer’s actions after landing in the Bahamas and what is now Haiti and the Dominican Republic.