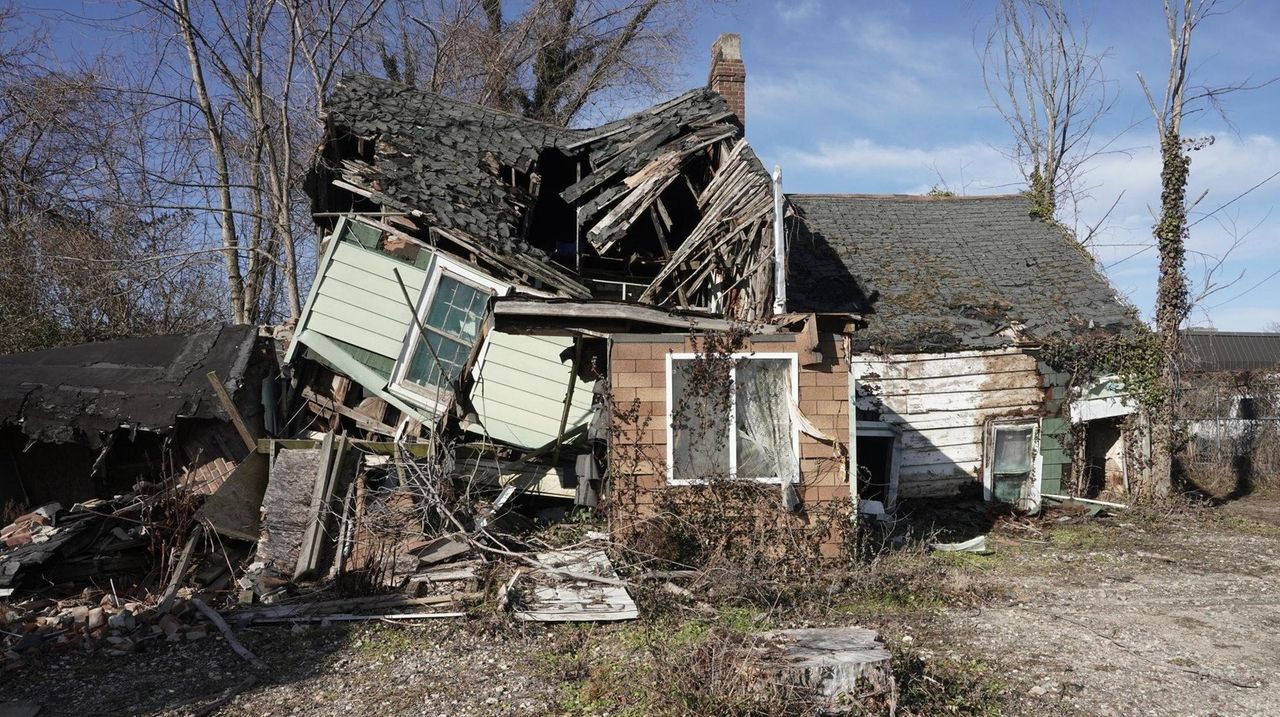 An archaeological dig takes place at the Peter Crippen house in Huntington. Crippen was one of the founders of the town's oldest Black church.  Credit: Debbie Egan-Chin

The Huntington home of one of the founders of the town’s oldest African-American church has been saved from the wrecking ball and is now the subject of an archaeological dig.

A few 19th century ceramic and glass items and a midden — or a trash pile — have so far been found in the five-day dig to unearth relics from the home of Peter Crippen on Creek Road, town officials said.

Historians are hoping more things will be uncovered to help tell the story of Crippen, who moved to Huntington in the 1830s a free man. Town officials say Crippen never was a slave.

"We are excited to see what is unearthed," said town Supervisor Chad. Lupinacci of the project that started on Jan. 7.

The home is in severe disrepair and was approved for demolition in June, but outcry from the community caused town officials to reconsider. Lupinacci said his office has been working closely with the town historian, town engineering department and the town’s African American Historic Designation Council to ensure that parts of the structure can be properly preserved because the site is integral to Huntington’s Black history.

Lupinacci said the town is considering relocating a restored structure to serve as a museum or use any salvageable timbers in an educational capacity dedicated to Huntington’s African American history. A marker memorializing its significance will be placed at the Creek Road site, and town board member Ed Smyth said he will sponsor a resolution to have the road renamed for Crippen.

In early 2017, the town board removed the structure’s historic designation because of its deteriorated condition and at the owner’s request. The board later that year approved the $75,000 purchase of the property with plans to use the site as an additional parking area for the Huntington Wastewater Treatment Plant.

Town officials said lack of a deed for the property complicated matters in maintaining the property.

"I couldn’t believe the article that they were just going to destroy the house without consideration of the history behind it," Manes said. "So I brought it to the foundation board and they believe this is a very good cause to restore and remember how important African Americans have been in every community and especially Huntington."

The town board in September accepted an $8,500 donation from the Manes Peace Prize Foundation to conduct the archaeological study.

Lupinacci said town officials have also applied for $4,000 in Preservation League of New York State grant funding for a structural assessment of the house to determine to what extent the building, or its timbers, can be preserved for reconstruction at another site.

"With the structure being declared unsound, we cannot enter the home to shore it up," Lupinacci said. "Grant funds from the Preservation League of New York should help us determine what may be salvageable, though it could take the controlled dismantling of the structure to reveal what can be saved."