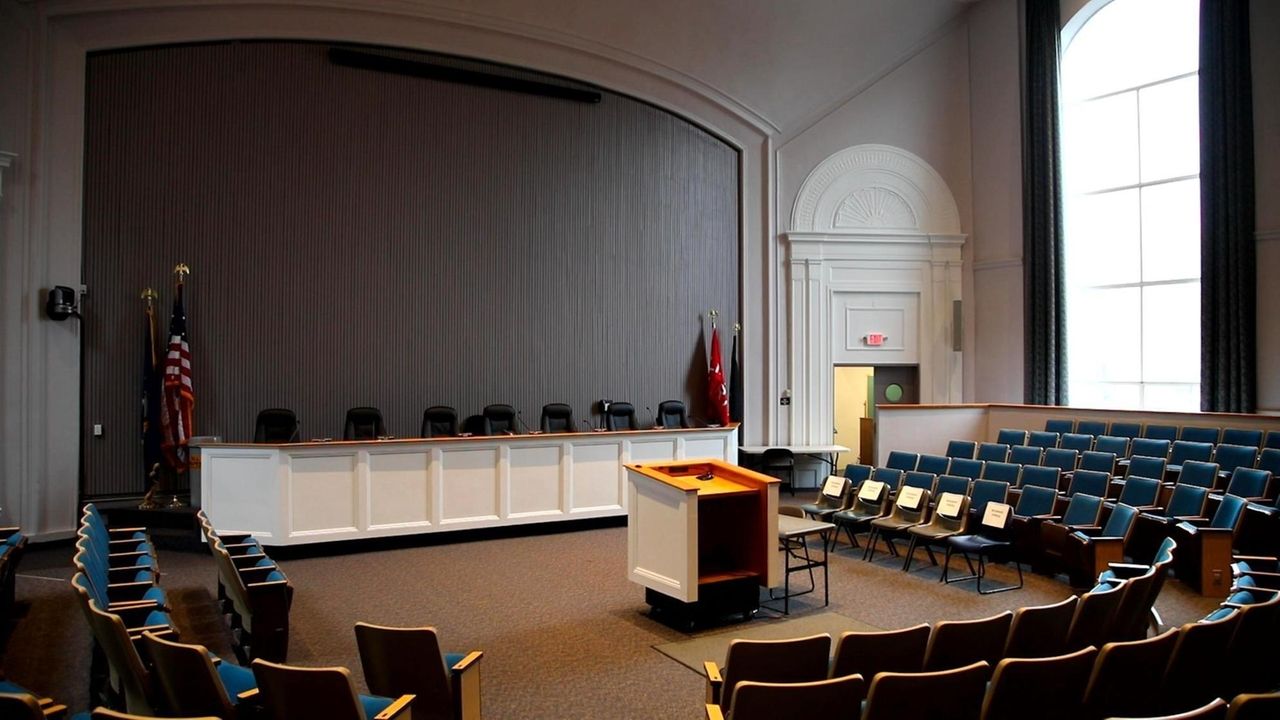 The Huntington public safety director resigned after he was suspended for writing an email that contained “vulgar” language about a female employee, Town Board members said Tuesday.

Public Safety Director Peter Sammis resigned Monday following revelations last week that he was in the middle of a two-week suspension for the email he wrote last November, Town Board members Joan Cergol and Mark Cuthbertson said at a news conference Tuesday.

Cuthbertson said the email, which was about allowing dogs in town parks, contained references to sex acts with dogs. Sammis, who was appointed to his position in January 2018, sent the email from his official town account to two male subordinate employees. Town officials were alerted to the email when software to detect objectionable words was triggered by Sammis’ use of a profanity.

Sammis, of Huntington, could not be reached for comment.

Cergol and Cuthbertson both said the resignation was the right thing to do, but remain concerned about the way town Supervisor Chad Lupinacci handled the incident, including not notifying everyone on the board about the email, allowing Sammis to stay on the job for two months after the email was sent, and letting him to choose the time frame for the suspension.

Cuthbertson also said some staffers in the public safety department were led to believe Sammis was on vacation and not on suspension.

“We the Town Board are the hiring and firing authority for this director’s post among other top posts and should have been made aware of it from the outset,” Cergol said. “There can be no place and no Band-Aid response to this behavior in our town government.”

Lupinacci said his administration takes matters such as the email seriously and that employees attend mandatory sensitivity training.

“The employee was dealt with harshly, immediately, and in a manner consistent with the advice of our Director of Personnel and outside labor counsel, who also advised that the Town Board's involvement in disciplinary action was not warranted,” Lupinacci said in a statement.

Cuthbertson said punishment was woefully inadequate. He said he appealed to Ciapetta, who is also deputy supervisor, to revisit the decision with Lupinacci.

“I’m left to conclude when it comes to the supervisor’s decision to impose a two-week penalty unilaterally, it was either arrogance, ignorance or he was poorly served by the advice that he got or some combination of the three things,” Cuthbertson said. “I think the supervisor and the people internally who were a part of the decision really have to do some soul searching about how they went about this.”