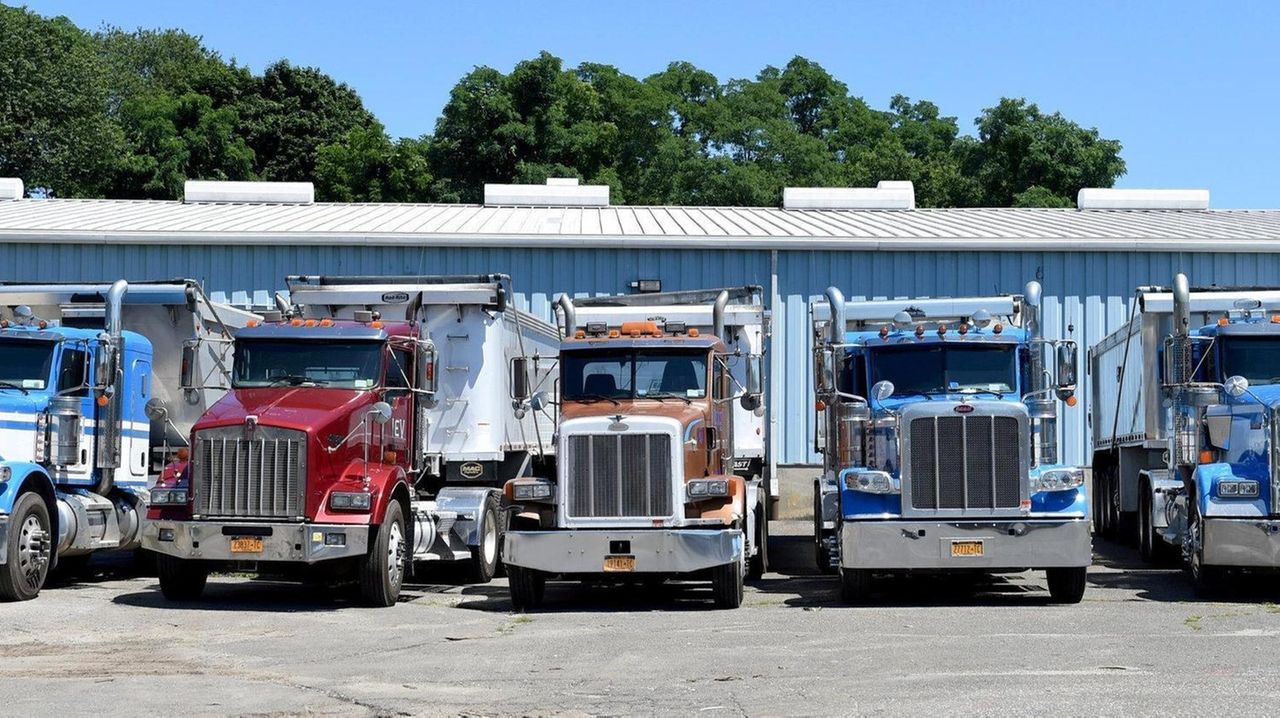 Stakeouts. Surveillance. Hours sitting in vehicles — even hiding in a car's trunk — to monitor suspects and allegedly illegal transactions.

That's how Suffolk County investigators cracked the case of dirt brokers and trucks involved in what officials called the "largest-ever bust of illegal dumping" in the state. After the monthslong joint investigation by the district attorney’s office and the state Department of Environmental Conservation, a dozen companies were charged, $4.4 million in assets were frozen and 27 vehicles were seized last week.

Suffolk County District Attorney Timothy Sini, in an interview, detailed how investigators used traditional undercover investigation tactics from gang or narcotic trafficking cases to break the dumping scheme that left contaminated construction and demolition debris in yards around the county and at other sites.

The investigation required a “tremendous amount of work," Sini said. “The message that will ultimately be sent is it is simply not worth dumping in Suffolk County.”

A special grand jury has been convened to address cleanup options and study ways to prevent illegal dumping, Sini said. He added that his office will use restitution, and asset seizure and forfeiture, to help pay for remediation, noting that some of the seized trucks cost more than $250,000.

Investigators staked out construction sites and trucking companies, spending hours in their cars — and in at least one instance, in the vehicle’s trunk, Sini said. They tailed trucks on major roads without being spotted and took photographs. They lived off fast food, lost sleep and suffered neck and back pain.

Investigators discovered that properties in at least a dozen Suffolk communities were contaminated with debris that homeowners thought was clean fill that, in some instances, contained hazardous waste, officials said.

The fill’s contents included hazardous substances, such as pesticides and petroleum-based products, as well as nontoxic materials such as glass and rebar, officials said.

John Kerrigan, who owns a house on Wilson Boulevard in Central Islip, said his property became an illegal dumping site in February after he was offered free fill that he was told was clean. The half-acre property he has owned for 41 years is now enclosed with orange construction fencing covered in “restricted area” signs. His property is dotted with uneven piles of fill, including one at least 6 feet tall.

“I just want it to get straightened out and move on,” said Kerrigan, a 68-year-old retired Kennedy Airport worker. “It is a problem. It is a pain.”

The time frame for cleanup will depend on the contents at each site, and ones that threaten drinking water will be given first priority, officials said.

Some of the sites contained pesticides, including aldrin and dieldrin, said Christiana McSloy, chief of the district attorney’s enhanced prosecution bureau. Those pesticides were banned by the U.S. Environmental Protection Agency in 1987 and can affect the liver, immune system, nervous system and developing organs, according to the  federal Agency for Toxic Substances and Disease Registry.

“The clear and present danger is folks playing in solid waste and hazardous materials” in backyards and near a Brentwood field that is next to both a middle school and state park, Sini said.

Illegal dumping in residential areas can be especially problematic for young children because they sometimes eat dirt — whether intentionally or because they crawl around and frequently put their hands in their mouths, said Stony Brook University professor David Tonjes, who researches solid waste management and its impacts.

Fines for illegal dumping can range from $1,500 to $75,000 per load per day and as much as $1 million and jail time in the worst cases, DEC officials said.

The investigation centered on dirt broker Anthony C. Grazio, known as Rock, 53, of Smithtown, who Sini said offered free clean fill to residents and instead arranged for debris and solid waste to be placed on the properties.

Joseph Cozzo, an attorney for defendant Vito Fragola, 44, of Commack, said his client denies the charges. He questioned the investigation.

“If this is a sting operation, and the fill is so contaminated, and there’s surveillance going on for weeks, why would [investigators] allow them to dump this waste instead of stopping them and preventing it from touching the soil?” Cozzo said.

Sini said investigators often had to wait for lab reports to confirm the fill was illegally dumped. Suspects were ticketed, summonsed, arrested and pulled over during the investigation, he said, adding “we’ve made their lives a living hell for the past several months.”

Denise Richardson, executive director of the General Contractors Association of New York, said dirt brokers are in high demand because there is a “robust market” for clean fill. New regulations and limited capacity at waste management facilities have complicated the process for legal disposal and could make illegal dumping a “growing problem” on Long Island, she said.

The investigation will “make others think twice about” illegally dumping, Richardson said.

“I’m glad the DA has been very aggressive on this issue,” she said. “This is not how the industry operates.”