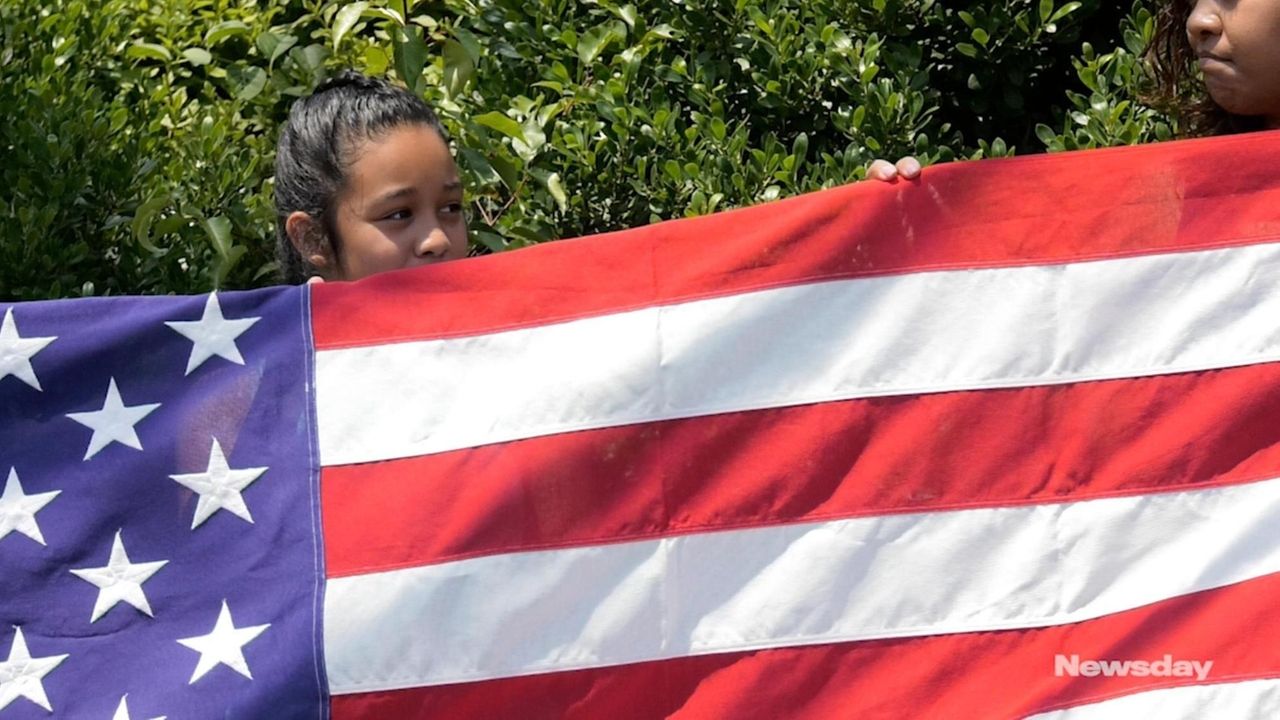 Together We Will Long Island organized a protest in Huntington Station on Saturday in response to the immigrant children being detained along the border.  Credit: Newsday / John Paraskevas

Outraged over the continued separation of families and treatment of children at the U.S.-Mexico border, a few hundred Long Islanders rallied Saturday against U.S. policies that they say are inhumane and an insult to the traditions of this country.

More than 200 people waved signs, called out chants and sang protest songs in the midday heat at Jericho Turnpike and Route 110 in Huntington Station. The gathering was part of a national day of protest marking a year since groups joined together last year to protest on this issue.

This year, people seemed more organized. Leaders handed out printed sheets with chants such as "Say it loud, say it clear, immigrants are welcome here." The protest singer brought his own acoustic guitar and battery-operated speaker system. And virtually everyone was outfitted with big signs saying "Stop Caging Kids," "Silence is Complicity," and "End Family Detention."

Sharon Golden, who helped organize the rally, said many of these immigrant families are coming to the United States to flee violence in their counties but are "treated worse than criminals."

Dr. Shetal Shah of Syosset, standing at the busy intersection beside his 10-year-old son, Sohan, said he saw the issue as both a father and a pediatrician.

"The psychological and physical impacts of what we are doing to children is abhorrent," said Shah, 44, as cars whizzed by and honked their horns.

Stressing that there is no stronger bond than between parent and child, Shah said he can hardly imagine how the immigrant parents feel, not knowing the location of their kids and whether they are OK.

"I can't imagine a greater parental fear," he said.

President Donald Trump has pressed his administration to get tough on immigration. He has said he is concerned about the conditions in the detention facilities, but he also said that the conditions were worse under President Barack Obama,  which is not true.

Another 50 protesters rallied where Route 25A meets Bennetts Road in Setauket on Saturday. Organizer Myrna Gordon of the North Country Peace Group said she told the protesters that they knew fighting the administration's policies would take a long time but they must not give up.

"We will not accept the horrific living conditions for those children," said Gordon, who lives in Port Jefferson. "Being put in cages, being denied health and hygiene and basic necessities, is something we cannot stand for as American citizens."