The remains of Captain Christopher T. Zanetis are carried out of an aircraft at Dover Air Force Base, March 18, 2018. Credit: SCOTT SERIO/EPA-EFE/REX/Shutterstock

On a Delaware tarmac that has seen more than its share of tears, family members Monday greeted the remains of four members of the Long Island-based 106th Air Rescue Wing who perished last week in a helicopter crash near Iraq’s border with Syria, according to a spokesman for the unit.

All were members of the 101st Squadron, a unit of the 106th that flies rescue helicopters in concert with personnel from the wing’s two other squadrons, according to Michael O’Hagan, spokesman for the 106th.

Their remains arrived at Dover Air Force Base late Sunday aboard a giant C-17 aircraft, and were carried from its cargo hold by a procession of seven airmen during a dignified transfer early Monday, O’Hagan said.

The crash killed a total of seven service members.

A spokeswoman for the Armed Forces Medical Examiner, Jennifer Vallee, said the office had begun performing autopsies, a process that is expected to take one or two days. The remains of the airmen will be released to families once they are completed, Vallee said.

At the Westhampton Beach airfield that houses the 106th, a unit within the New York Air National Guard, a makeshift shrine of flowers grew at the base of a flagpole that stands near the airfield’s gated entrance. Gov. Andrew M. Cuomo had ordered flags statewide to be flown at half-staff.

O’Hagan said the base has designated airmen to serve as personal assistants to grieving families, helping with everything from running grocery-store errands to answering the phone. He said grief counselors have been made available to all base personnel. 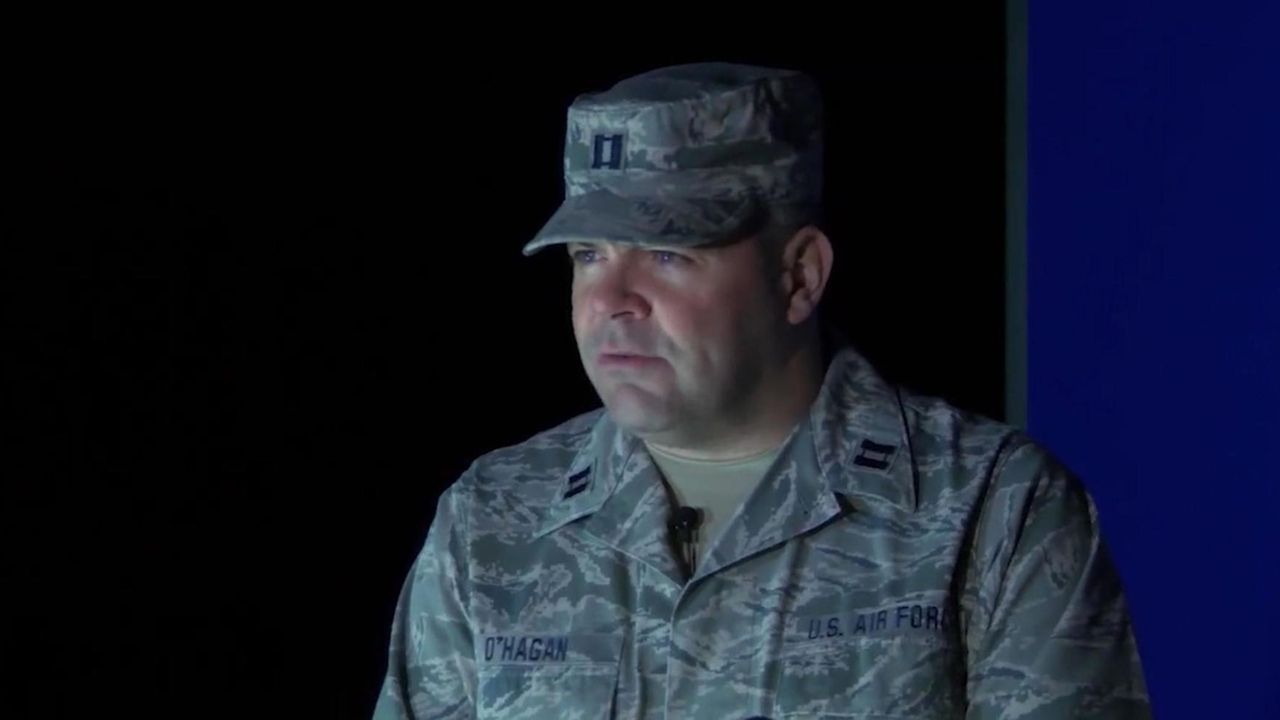 Fallen heroes to arrive at Dover Air Force Base in the coming days Capt. Michael O'Hagan, public affairs officer for the Air National Guard's106th Air Rescue Wing, said Saturday, March 17, 2018, that the unit is awaiting the arrival of the remains of "fallen heroes" killed in a helicopter crash in Iraq at Dover Air Force Base in Delaware within the next few days.  Credit: Stringer News Service

“Every person, no matter who you are, if you’re part of the 106th, you have been touched by this,” O’Hagan said. “But we’re military, so we’re still ready, through grief and processing this. We’re still doing the job.”

Mom of LIer killed in Iraq: ‘I begged him not to' goThree Long Island residents were among seven service members killed in a helicopter crash in Iraq. The Department of Defense said the cause of the crash remains under investigation. Flags at half staff after NY National Guard deathsGov. Andrew M. Cuomo ordered flags flown at half staff on all state government buildings ... Officials ID 3rd LI man who died in Iraq crashCaptain Andreas O'Keeffe, 37, was a full-time technician and an Air Guardsman with the 106th Rescue Wing of the New York Air National Guard in Westhampton Beach, according to the Department of Defense. Helicopter crash victims were from LI, QueensSeven U.S. service members were killed Thursday when their helicopter crashed in western Iraq.