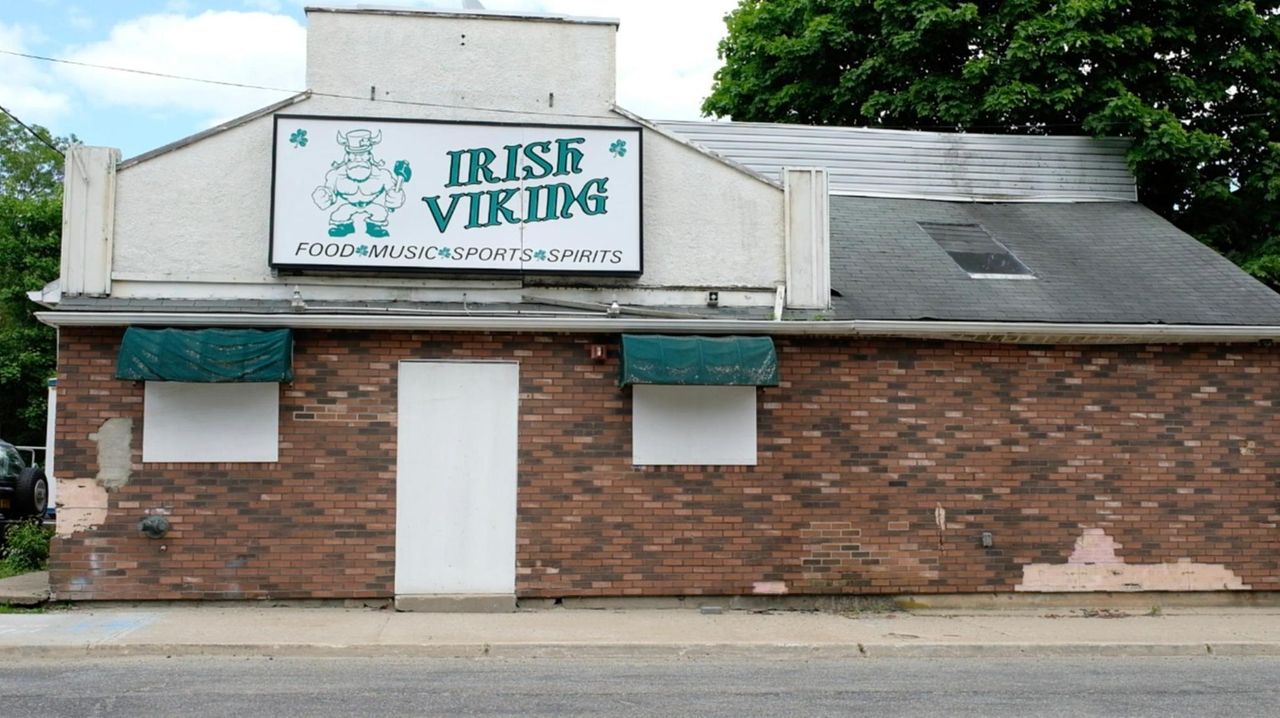 Smithtown officials are finalizing the purchase of a long-closed St. James bar and will work with a local community group to build a park and parking spaces at the 369 Lake Ave. site, said the group’s president and a town spokeswoman.

The town will pay up to $93,000 to Suffolk County, which in 2018 seized the 0.5-acre former home of the Irish Viking bar for unpaid property taxes. Town officials expect to spend at least $250,000 more to build a minimum of 25 parking spaces. Community group Celebrate St. James plans to spend at least $200,000 to build the park, where Natalie Weinstein, the group’s president, envisions summer concerts, outdoor art exhibitions and a memorial to coronavirus victims and responders.

“Our mission has been all along to revitalize the town, make it into a walking town, a place for art and music,” she said. “Once we have a place that’s big enough and has some meaning, people will come.”

Dozens of new off-street parking spaces at a spot roughly halfway between Woodlawn Avenue and Route 25A would ease a shortage area merchants say is strangling business, and green space could increase foot traffic, as Garguilo said Burke Veterans Memorial Park has done to the north.

Town and Celebrate officials have not yet finalized a plan for the site. Town officials are seeking an easement on a neighboring property that would let them increase the number of parking spaces to 37. They also are considering keeping a portion of the existing Viking building or building a new, small-footprint building to retain valuable water rights and generate property tax income, Garguilo said. Town officials have discussed a design that would leave space for food trucks to set up, she said, though they have concerns that could harm local businesses.

Weinstein, an interior designer whose office is also on Lake Avenue, said the final design would incorporate an interactive kiosk with information about the area’s history. Celebrate has raised close to $100,000 toward the project and is readying its next round of fundraising, though the pandemic has forced postponement of a gala originally planned for the fall until March 10, 2021. The group also plans to sell commemorative bricks and a calendar featuring art submitted by locals.

William Garthe, a real estate broker and St. James Chamber of Commerce board member, and Eric Neitzel, a broker who is also based in the area, said the project would provide a welcome boost.

“You want something where a person can park, go to one, two, three stores, not just pull in, get a slice of pizza and leave,” Neitzel said. “We’re not looking for a Patchogue — that’s too big — but a toned down, quaint walking village.”