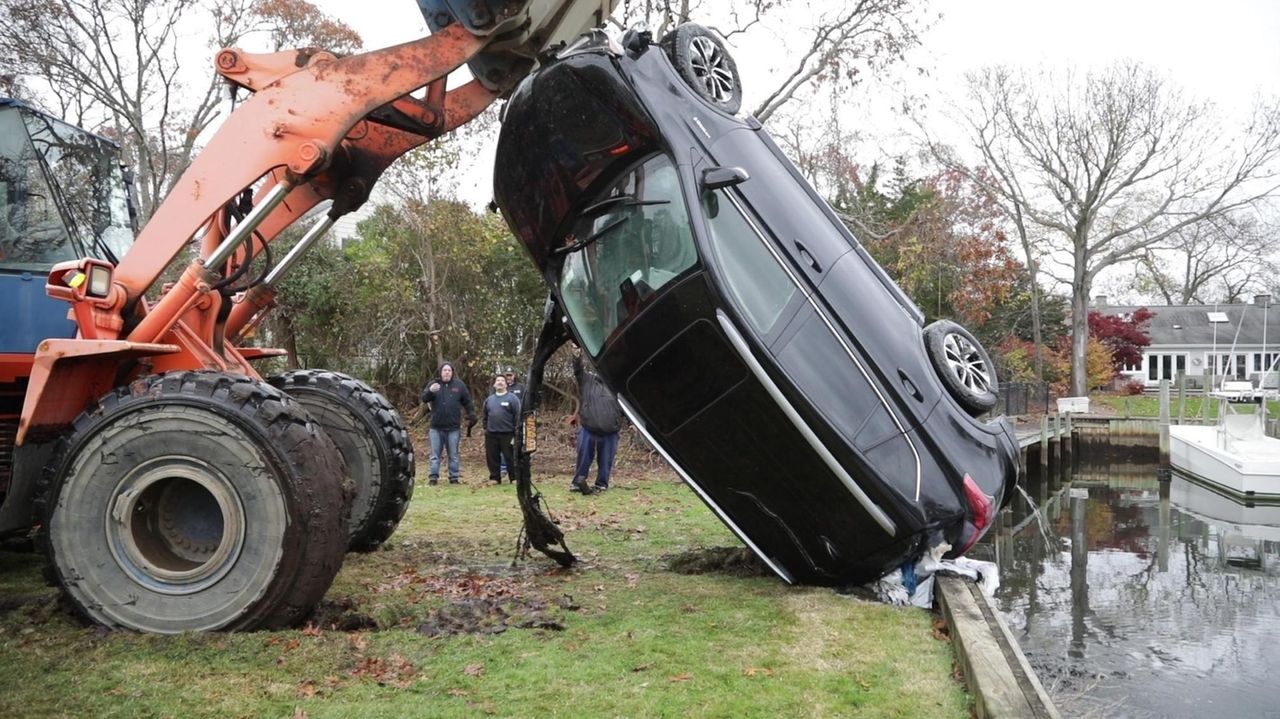 Two Islip Town peace officers rescued a driver whose car landed in an Islip canal early Wednesday morning, a town spokeswoman said. Suffolk County’s police harbor patrol is expected to extract the car and confirm that no one else was inside, the spokeswoman said. Credit: Newsday / Yeong-Ung Yang

A driver whose car landed in an Islip canal early Thursday  morning was pulled out of the water by two town peace officers who happened to be nearby, a town spokeswoman said.

“They dove in and pulled the motorist out,” after hearing the emergency reported to local police at Middle Canal at the end of Ocean Avenue about 6:30 a.m., spokeswoman Caroline Smith said.

The driver and officers Anthony LaGrasta and John Rivera were treated for hypothermia at Southside Hospital in Bay Shore, Smith said.

"It was a selfless act to jump into that cold water," Islip Town Supervisor Angie Carpenter said in a statement. "There is no question the victim would have died, had it not been for our trained, quick-thinking park rangers, officers who happened to be patrolling in the community, heard the call come over the radio, and in the right place at the right time. We are incredibly proud of them, and grateful they were not hurt."

Temperatures were in the 30s with wind chills in the 20s in the area on Thursday morning, according to the National Weather Service.

Suffolk County’s police harbor patrol extracted the car and confirmed that no one else was inside, Smith said.

Social studies group wants students to take history exams
Jennifer Furniture comes back to its LI roots
Virus positives below 4% as NY reaches COVID-19 one-year mark
1:13 Advocates step up COVID-19 vaccination efforts in Latino communities
Accuser: Cuomo not taking responsibility for 'predatory behavior'
Trump's legal troubles grow even though he's out of office
Didn’t find what you were looking for?