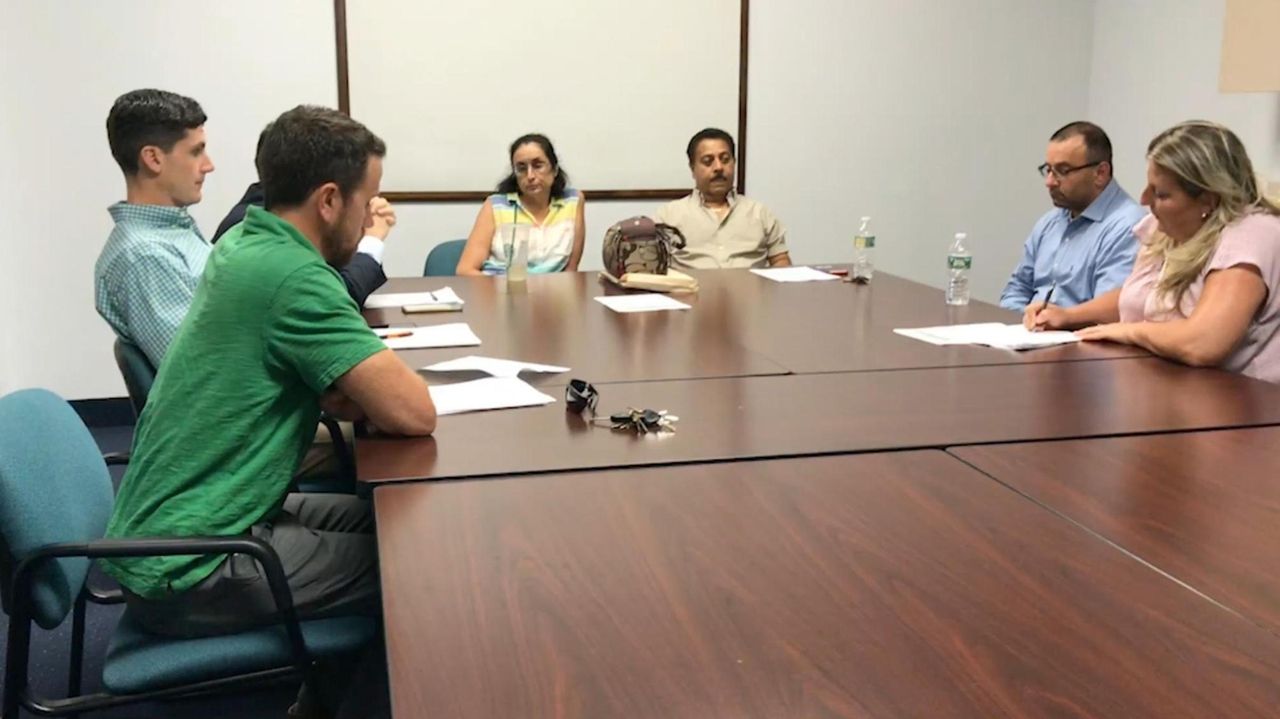 A top Islip Town Republican Party official was selected to lead a multimillion-dollar town agency in a move that the agency’s chairwoman called a “political” decision.

James Bowers — the party’s vice chairman who currently holds two town jobs — is set to make $120,000 a year as executive director of the Islip Town Community Development Agency after a 4-1 vote Thursday night.

The agency’s unpaid board selected Bowers out of 100 applicants to lead the agency that oversees affordable housing and public service programs, officials said.

“We thought at this time, with the state of the agency, he’s just the best fit for the job,” said Jarett Gandolfo, a CDA board member who is chief of staff for Assemb. Andrew Garbarino (R-Sayville), the son of the Islip Town Republican chairman.

“He’s got the right network,” he said, citing Bowers’ work in the community as a land use attorney and the town zoning board of appeals chairman.

Gandolfo said Bowers’ political connections were “absolutely not” a reason in the selection.

“It was political,” said Cavanagh, who declined to comment further.

Bowers’ hire came after the board spent three hours in a closed-door session, interviewing candidates and discussing whom to hire, at times in raised voices that could be heard through the wall.

Bowers, 78, said he could not comment on whether the vote was political because he was not present for it. The West Islip resident said he is qualified for the position but does not yet have a vision for the agency, citing that he will not know how it operates until after he starts working there on Aug. 6.

“You have to understand and know what’s happening before you can make those decisions,” he said, noting he will “put my best efforts” into the job.

Bowers, of West Islip, said he will resign from the town party and from his part-time job as a legislative aide to Town Councilman Jim O’Connor. He said he plans to stay on the zoning board if the town ethics board gives its approval. He will make about $16,500 more a year than the previous executive director, who left the job a year ago, according to an agency document.

The CDA is an independent agency that administers federal housing funds, provides a lottery for first-time home buyers and eliminates blighted conditions in the town. It is overseen by a five-member, unpaid board.

Thursday’s vote came two months after three CDA board members were replaced in a surprise vote by the Islip Town Board. Residents raised concerns about the majority of the board now being from the south side of town while the majority of funding goes to projects in communities on the north side, such as Brentwood and Central Islip.

A vote to hire a different executive director was split last month, with Gandolfo saying he wanted a chance to interview Bowers and another person before approving a candidate that Cavanagh supported and called “the most qualified.”

Islip Town Councilman John Cochrane, a Republican who voted against the CDA board member changeup in May, said he’s “very concerned about how this all played out” because the CDA’s executive director needs to understand issues in Brentwood, Central Islip and Bay Shore.

“What I’m hearing right now is that we did not pick the most qualified person that understands the needs of the communities,” he said.