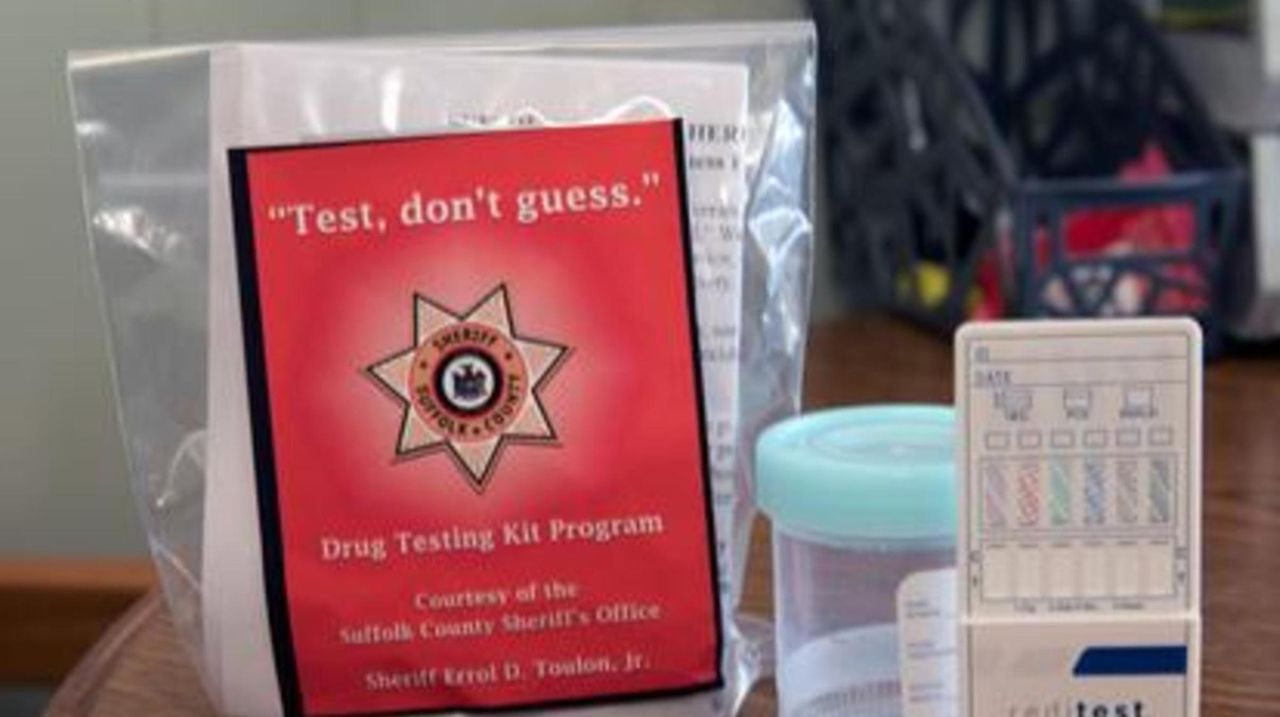 The number of parents picking up free drug kits to test their children has nearly doubled in the three years the service has been available in Islip, officials report.

Town officials say the uptick in adults getting the kits, which screen urine for illegal drugs, is not a sign of an increase in teen drug use in Islip, but a byproduct of awareness of the kits’ availability and the nationwide opioid scourge.

“The problem is just as bad now as it was four years ago; the drug use has always been there,” said Tim Mare, director of Islip’s Youth Bureau, which offers the kits. “There is an awareness that there is a tool for parents to use to find out if their kids are using substances … As we all know, kids are going to try things. And if we can educate them about the dangers (of drug use), it’s not going to lead to the point where we are seeing all the deaths with the opioid epidemic right now. ”

The Youth Bureau has partnered with the Suffolk County Sheriff’s Office, which makes the drug kits available to Islip for free. The urine tests — called “Test, don’t guess” — screen for drugs including marijuana, cocaine, and opioids such as oxycontin and heroin. The tests can detect positive results in minutes.

Islip started offering the drug kits for free in 2015 when 138 kits were distributed. A year later, the number of kits parents have picked up from the Youth Bureau’s third-floor office in Islip’s Town Hall West dropped to 128. But since then, there’s been an increase to 162 kits given out in 2017. This year, through Dec. 7, 220 kits were distributed, officials said.

“It’s a positive thing, actually, that more parents are picking up kits than before,” Mare said.

The kits cost at least $20 in drugstores.

Maria Lazarakis,  budget assistant with the youth bureau, gives drug kits to parents who come in the office. The process is anonymous: Islip doesn’t ask for names of parents, and puts the kits in a bag so it is concealed.

“They come in here, they ask for the test, and you can see the fear in their eyes, what if it comes out positive?” Lazarakis said of parents.

The youth bureau also provides parents with information about community resources and phone numbers for counseling or drug rehabilitation services.

The Suffolk County Sheriff’s Office purchases the kits with money from asset-forfeiture funds, spokeswoman Kristin MacKay said. The department also works with the Brookhaven Youth Bureau. In 2017, the sheriff's department gave out 1,050 kits and in this year as of Dec. 11, that figure was 975.

"It is essential that parents develop an open dialogue with their children, and that we provide the opportunity for parents to avail themselves of this free, confidential resource in the event they suspect their child is drug involved,” Islip Town Supervisor Angie Carpenter said in a statement.

Islip Town's Youth Bureau has partnered with the Suffolk County Sheriff's Office in the program.

On Dec. 11, Islip requested 50 more kits from the sheriff's department.