Thomas Datre Jr. was sentenced to a year in jail on April 27, 2017. He was released in December. Credit: James Carbone

The man prosecutors called the “mastermind” of a dumping scheme at four Suffolk properties is out of jail.

Thomas Datre Jr. was released from jail in December after his sentence expired, according to the Suffolk County Sheriff’s office. He was sentenced on April 27, 2017, to serve concurrent one-year terms for four felony convictions.

“He paid his debt to society, and he’s doing everything he can to remedy the situation,” said Datre’s attorney, David Antwork, who declined to comment further.

Suffolk inmates typically serve eight months per year sentence provided they exhibit good behavior, said an officer in the sheriff’s records department, who declined to give his name. 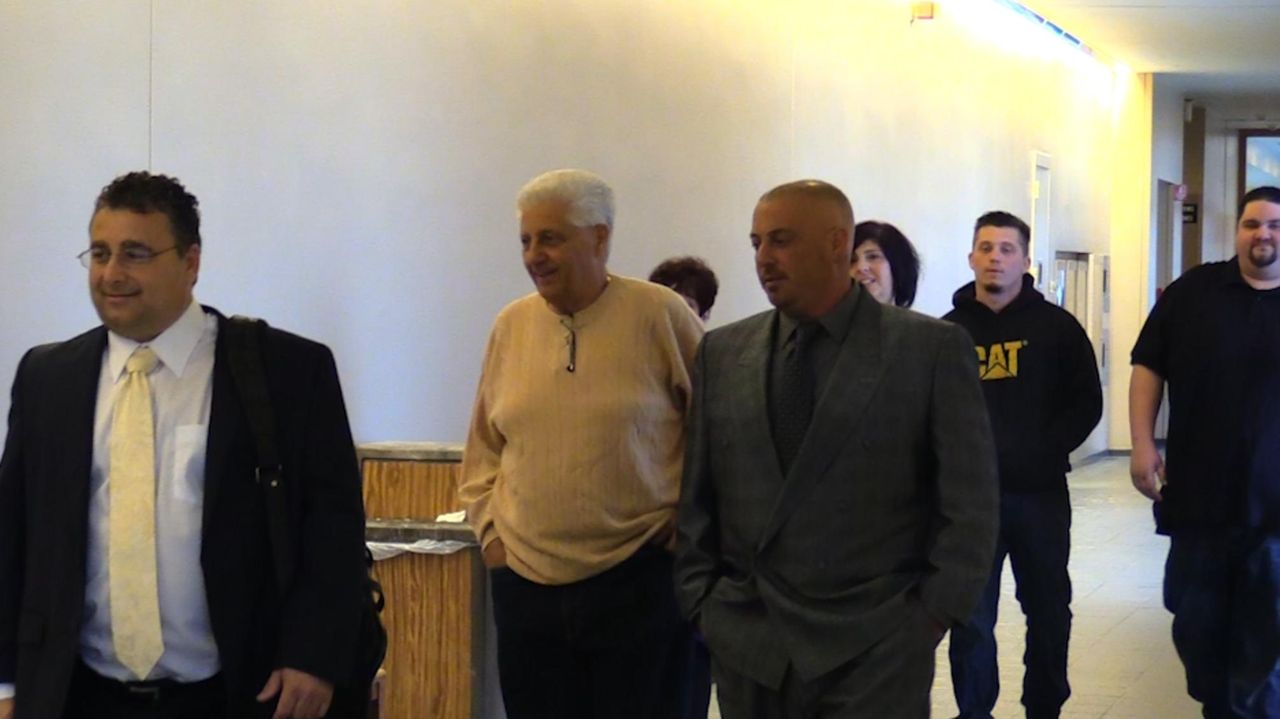 Sentencing handed down in Suffolk illegal dumping case Thomas Datre Jr., a man who Suffolk prosecutors have called the "mastermind" behind an illegal dumping scheme at several sites across Suffolk County, was sentenced on Thursday, April 27, 2017, to 1 year in a jail on Long Island. Also given a  lesser  sentence in the dumping case was Christopher Grabe, of Islandia Recycling. Credit: James Carbone

Contaminated construction debris was dumped at four properties: Roberto Clemente Park in Brentwood; a six-home subdivision in Islandia built for returning veterans in the Iraq and Afghanistan wars; a private, one-acre plot on Islip Avenue in Central Islip; and a sensitive wetlands area in Deer Park. The case led to the convictions of five people, including two town parks officials.

State and local authorities are still seeking millions of dollars in damages for the costs of illegal dumping at Roberto Clemente Park, four years after authorities began investigating the illegal dumping of nearly 40,000 tons of debris containing asbestos and lead there.

Lawsuits filed by New York State Department of Environmental Conservation and Islip Town officials against Datre and dozens of other defendants are pending.

The state is seeking damages for the lost use of Roberto Clemente Park when it was closed for cleanup for three years, while the town is seeking at least $4 million in damages for remediation and rehabilitation costs.

The park, the subdivision and the wetlands parcel have all been completely cleaned up, the DEC said. The Central Islip parcel is in the final stages of remediation, the agency said, after the site lingered with construction debris for nearly five years.

The DEC said it “is rigorously monitoring this cleanup of this site in order to protect public health and the environment and has been closely overseeing the work of the property owner.” Soil samples are needed to determine full remediation.

State Supreme Court Justice Fernando Camacho had deferred Datre’s sentencing to allow him to fulfill a condition of his March 2016 guilty plea, which required that he help clean up the contaminated sites.

Datre, 44, of St. James, had also been sentenced to conditional discharges for four misdemeanor counts of operating a solid waste management facility without a permit.

A number of defendants in Islip’s lawsuit — including members of a local church that sought to rehabilitate the park soccer fields, a project prosecutors said led to the dumping — were added back to the docket after previously being dismissed from the case.

Other lawsuits surrounding the dumping are still in limbo, including a defamation lawsuit filed by Datre’s parents, Thomas Datre Sr. and Clara Datre, against Islip Town.

Events set on LI today to vaccinate kids 12 to 15
Newsday wins Headliner awards for Grumman Plume probe, photos
1:04
10 years ago, they were valedictorians. Where are they now?
Oyster Bay may confiscate food trucks over code violations
Analysis: School taxes could go up average 1.38%, lowest increase in five years
Hempstead to distribute $22.7M in rental assistance funds
Didn’t find what you were looking for?