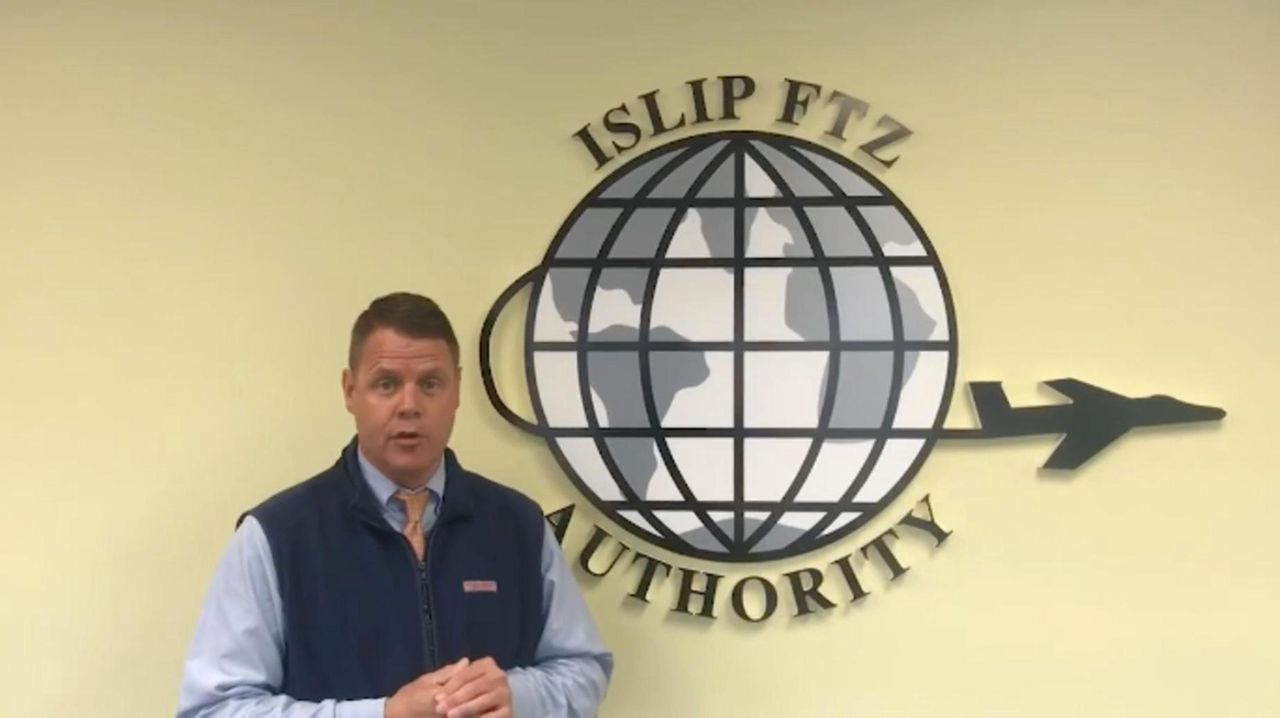 Islip Town is home to Long Island’s only foreign trade zone — a duty-free region where import-export businesses can defer or save on tariffs — but only one company out of nearly three dozen at the site is participating in the program.

“We would put that in the challenge column,” said Brad Hemingway, head of Islip’s Foreign Trade Zone Authority. “It’s a great program for the import-export community, and it’s so underutilized.”

Islip’s zone is the region’s magnet site, which offers the opportunity for businesses within 60 miles to establish their own subzones. The 48-acre industrial park adjacent to Long Island MacArthur Airport, was established in 1982 under the authority of Suffolk County, which received permission from the federal government to create a zone in the region. The land is owned by the town and rented to companies for a total of $539,000 annually.

Companies that don’t import or export at least 30 percent of their business are assessed a fee, similar to a property tax, Hemingway said.

Foreign trade zones offer advantages to businesses in a number of ways. Duties on imported goods can be deferred as long as the material stays within the zone, whether for assembly, packaging or storage while a company awaits orders. Tariffs can be completely avoided when goods are imported into the zone — again, typically for assembly, packaging or storage — and then exported out of the country. It also offers breaks on tariffs when a component item or raw material is subject to a higher duty rate than the finished product that is produced or assembled in the zone.

The FTZ is home to 35 businesses, including manufacturer Banner Metalcraft Inc., electronics company AA Technology Inc., and packaging company Walsen International Inc. Of those, only one is participating in the foreign trade zone program.

Town Supervisor Angie Carpenter touted the local FTZ and the fact that all the building space is filled in her recent State of the Town address, and said in an interview the lack of empty space is how the town measures the zone’s success.

“The idea was to have a cluster of these kinds of global businesses in one area,” she said. “And by doing so, the businesses that moved in had the opportunity to use the program.”

Tri-Link Inc., an alcoholic beverage distribution company, saves more than $1 million annually through participation in the zone, general manager Don Ambrosio said. By participating in the zone, he can import products into the zone and then export them to international customers as orders come in, thus avoiding paying alcohol taxes because legally the products never entered the United States.

“That’s the advantage to us and our customers: It keeps prices down,” he said.

Long Island businesses exported $9.8 billion in goods in 2015 — a 53 percent increase from 2005, according to U.S. Census data. Drugs and vitamins, medical devices, dental supplies, musical instruments and goods, and electronic and computer parts accounted for more than 60 percent of Long Island’s exports in 2015.

Hemingway said he is working hard to get the word out about the program, reaching out to business groups across Suffolk County to educate them about the benefits it offers and how to qualify, although zones will not be a loophole to avoid Trump’s new tariffs on steel and aluminum. However, some businesses have been resistant to the idea, citing the additional administrative work that participation would entail.

“Changing that routine or process is very hard, particularly for larger businesses to undertake,” Hemingway said. “I’m not pointing a finger at the business community, but it’s hard for them to change the way they do things.”

Tom Cook, an international import-export consultant and managing director of East Moriches-based Blue Tiger International, which helps businesses across the country with trade issues, said one of challenges for Islip is that the site has been operated primarily as an industrial area renting out space.

He said Islip’s zone is also limited geographically — it’s not near a major port, and while Long Island MacArthur Airport is next door, that airport does not move a lot of international freight.

New York State has at least 16 foreign trade zones. Compared with the zone in upstate Buffalo, which has 18 businesses at four sites enrolled in the program, Islip has modest participation. Jerry Manhard, chief planning officer of the Buffalo zone, said its proximity to Canada contributes to high participation.

Officials in Islip and Suffolk County said they are anticipating new participation in the coming months, with one business currently in the Islip zone relocating within the office park with the goal of using a new, bigger warehouse space to start taking advantage of the program.

Since 2013, the program has expanded to allow off-site businesses to participate, said Regina Zara, chief financial officer of the Suffolk County Economic Development Corporation. That has increased participation to include one additional company.

Zara said the county is in talks with several new businesses that are interested in having their own off-site zone.

“It’s one of those hidden tools we have in government,” she said. “We are now looking to elevate it and let people know it exists.”

Foreign Trade Zone — A site within the United States where tariffs on foreign and domestic merchandise can be delayed, discounted or avoided, depending on the product and circumstances

Sub-zone — A satellite zone typically created for the purpose of one business to obtain full benefits of a Foreign Trade Zone; a common practice for automakers in the United States.