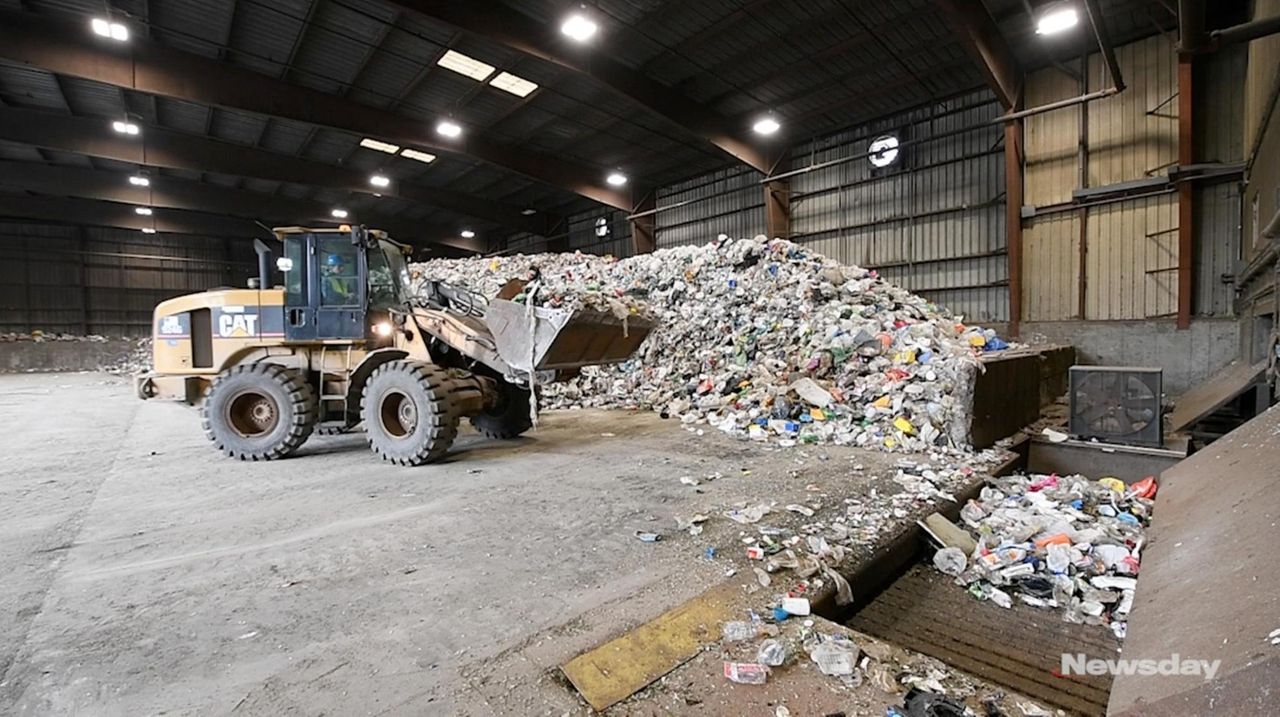 A garbage truck in flames. A town facility empty while a hazmat team investigates.

While these incidents may seem out of the ordinary, they stem from something mundane: recycling pickup.

These mishaps — in which there were no injuries — prompted the town to launch an awareness campaign about what can be safely disposed of, and officials are encouraging residents to bring hazardous household waste to the Multi-Purpose Recycling Facility in Holbrook.

“You don’t want someone to throw something out that inadvertently causes harm to the guys collecting it, or to the neighborhood for that matter,” Town Supervisor Angie Carpenter said.

The campaign will include updating informative videos and notifications for residents and sending a recycling educator to more schools and community groups, Carpenter said.

Town officials said they realized the need to become more proactive about improving awareness after a garbage truck operated by a private vendor caught fire in August. A resident put gunpowder out for recycling, and when the load was compacted, it ignited in a “small explosion” in Bay Shore, said Martin Bellew, the town’s environmental control commissioner. The four workers on the truck had to throw the load onto the street at Orinoco Drive  and extinguish it there, he said.

In just the past month, the town’s recycling facility had to be evacuated and a hazmat team called as a precaution after a resident tried to recycle a glass bottle of muriatic acid, which is used to clean concrete, Bellew said.

Syringes, propane tanks and bullets that had been collected in just one morning’s worth of recycling were on display on a recent tour of the Holbrook facility.

Bellew said residents likely believe hazardous items can be recycled because they come in metal or glass containers. They end up on a conveyor belt to be hand-sorted by 12 of 28 workers at the Holbrook facility, raising the risk that a worker will be   injured by a harmful item, he said.

The issue is less noticeable in regular garbage because it goes to the incinerator, Bellew said.

When residents are considering what to recycle, “they should think about does it pose a safety risk for anybody else,” Bellew said. “One of the reasons they may be getting rid of it is for their own safety. They don’t want it sitting around their house.”

Residents can bring household waste, including aerosol cans, bug killers, electronic waste, laundry products and motor oil, to the Holbrook facility, where they are stored in a separate trailer and hauled away by a private company. The Lincoln Avenue facility is open weekdays from 7 a.m. to 2 p.m.

The town has more information about what products can be recycled and where to bring them at townofislip-ny.gov/departments/environmental-control.

Items that should be brought to the Multi-Purpose Recycling Facility at 1155 Lincoln Ave., Holbrook, instead of being placed for curbside recycling include:

Residents should contact the Suffolk County Police Department to dispose of Items that cannot be brought to the facility, including: