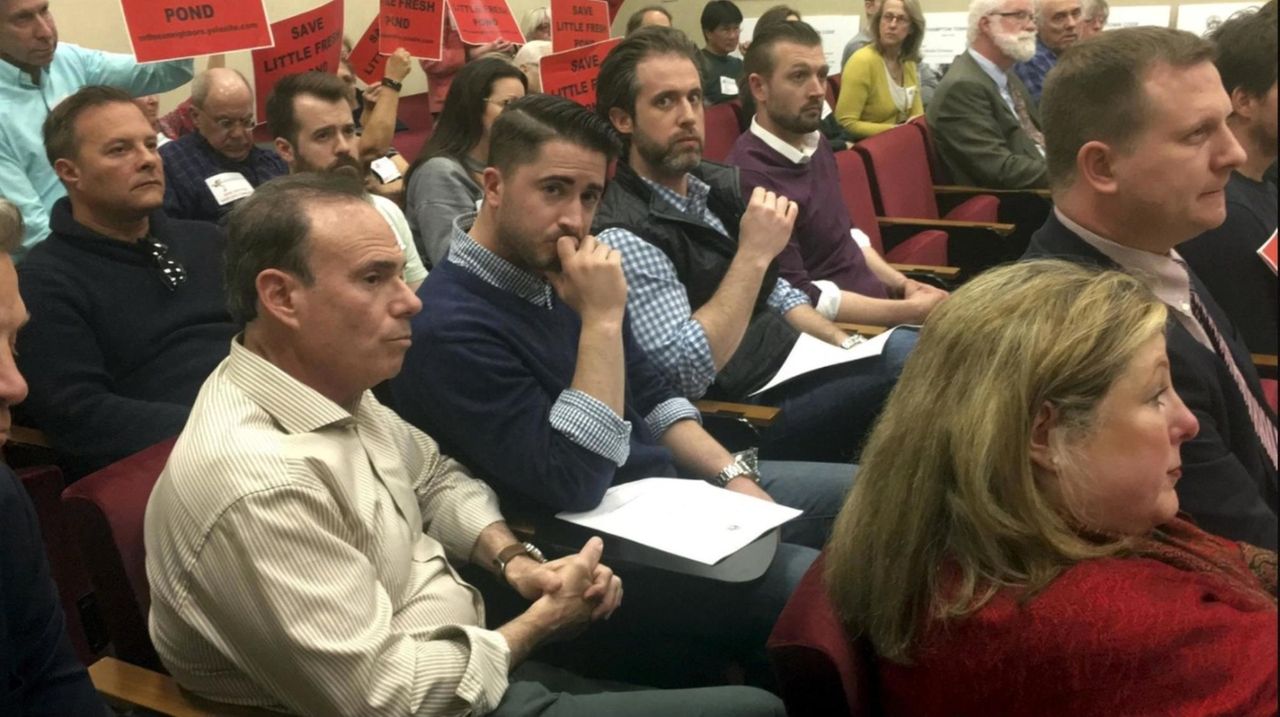 The Southampton Town Planning Board has 30 days to decide whether an application to continue operating a North Sea camp owned by Nassau Democratic chairman Jay Jacobs can proceed.

About two dozen residents living in the Little Fresh Pond section of North Sea crowded into a planning board meeting Thursday to protest the camp, which they said could create traffic problems and pollute the pond.

Jacobs, who attended Thursday’s meeting, has operated the Majors Path site as a 10-week summer camp with nearly 300 campers for years. He said earlier this year that while he could continue to run a camp without a variance from the town, he is “trying to do this the right way.” A zoning change would codify current operations, he said.

Jacobs purchased the 17-acre camp property, which is surrounded by homes, for $7 million in 2010. It had been operated for decades as a tennis club with an accessory tennis camp, and needs a change-of-use variance to be a day camp, according to a 2012 town zoning board of appeals ruling.

The board made no decision on the application, but the planning board voted 5-0 declaring a Final Environmental Impact Statement on the operation to be complete. The environmental report is to be available on the town’s website. The board will review the document and determine if the camp has responded to concerns raised in public comments.

The North Sea residents have said the document does not show that issues, such as groundwater runoff into the pond, can be mitigated.

“That’s their opinion, obviously,” Jacobs’ attorney, Wayne Bruyn of Southampton, said. “Our opinion, and we agree with the town, is that it [the environmental report] is complete.”

Residents have faced Jacobs in court several times, including in a $45 million libel lawsuit he filed against camp opponents, which was dismissed.

If the board approves Jacobs’ plan, it will go to the zoning board of appeals for final approval.