Riverhead’s Board of Ethics will have outside legal counsel advise it on a complaint related to the pending $40 million EPCAL land sale.

The Town Board voted 5-0 at its Tuesday meeting to appoint attorney David H. Besso of Bay Shore-based Long Tuminello LLP to act as special counsel for the Ethics Board on the ethics complaint and any other complaints related to it.

The Coalition Against EPCAL civic group, which filed the complaint April 17, has said it wants Town Councilwoman Jodi Giglio to recuse herself from proceedings in the land deal after Giglio disclosed having a meeting in March with representatives from Calverton Aviation and Technology — the venture group behind the pending Enterprise Park at Calverton sale — to ask them questions about the deal and their proposal.

Similar complaints had been filed with the ethics board on the matter, but Riverhead Supervisor Laura Jens-Smith said she could not elaborate further on them due to confidentiality issues. 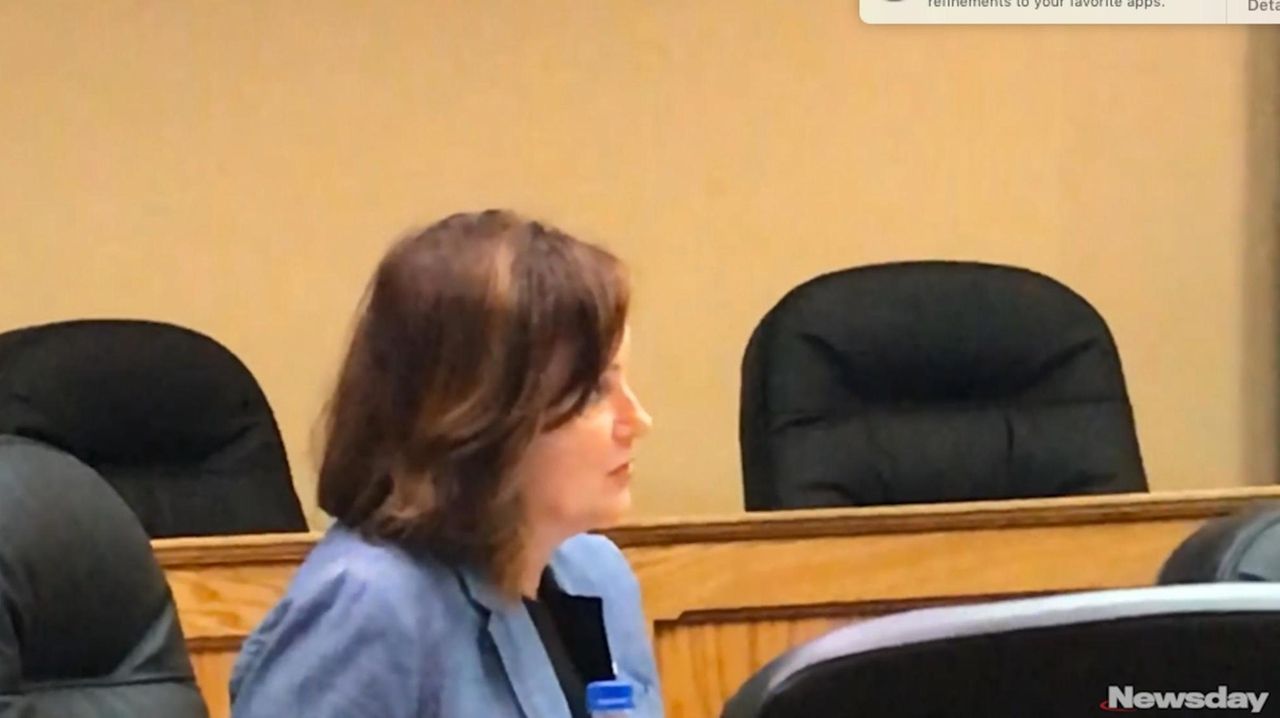 Riverhead Town Board discusses EPCAL Riverhead Town Board members Catherine Kent and Tim Hubbard, top right, debate whether Hubbard and Councilwoman Jodi Giglio should excuse themselves from a vote next week on whether to grant Riverhead’s ethics board outside legal counsel on a complaint made against Giglio related to a pending $40 million land sale at the Enterprise Park at Calverton.  Credit: Newsday / Jean-Paul Salamanca

The ethics board has asked for outside counsel to avoid a conflict of interest, town officials said, because Deputy Town Attorney Erik Howard, the son-in-law of Deputy Town Supervisor Tim Hubbard, is the town attorney assigned to work with the board.

At the meeting, Rex Farr, coordinator of the Coalition Against EPCAL Housing, questioned why Giglio and Hubbard were allowed to vote on the special counsel resolution.

According to Hubbard and Jens-Smith, the ethics board sent the town board a letter that arrived Tuesday stating they had no objection if both Giglio and Hubbard voted to appoint counsel.

While residents at the hearing supported appointing outside counsel, both coalition member John McAuliff and Riverhead resident Ian Lyons questioned whether Besso had enough experience to advise the ethics board on the matter.

Town Attorney Robert F. Kozakiewicz replied that Besso’s exprience as a former member of Suffolk County’s Grievance Committee for the Tenth Judicial District and his unfamiliarity with the town is why Besso was recommended.

Giglio said she voted yes “due to the board’s request for outside counsel on the matter.”

“I support getting outside counsel and I trust our ethics board to render the proper decision,” she said.

Vote near on outside counsel for ethics boardThe Riverhead Town Board will vote Tuesday on whether to allow outside legal counsel to ...