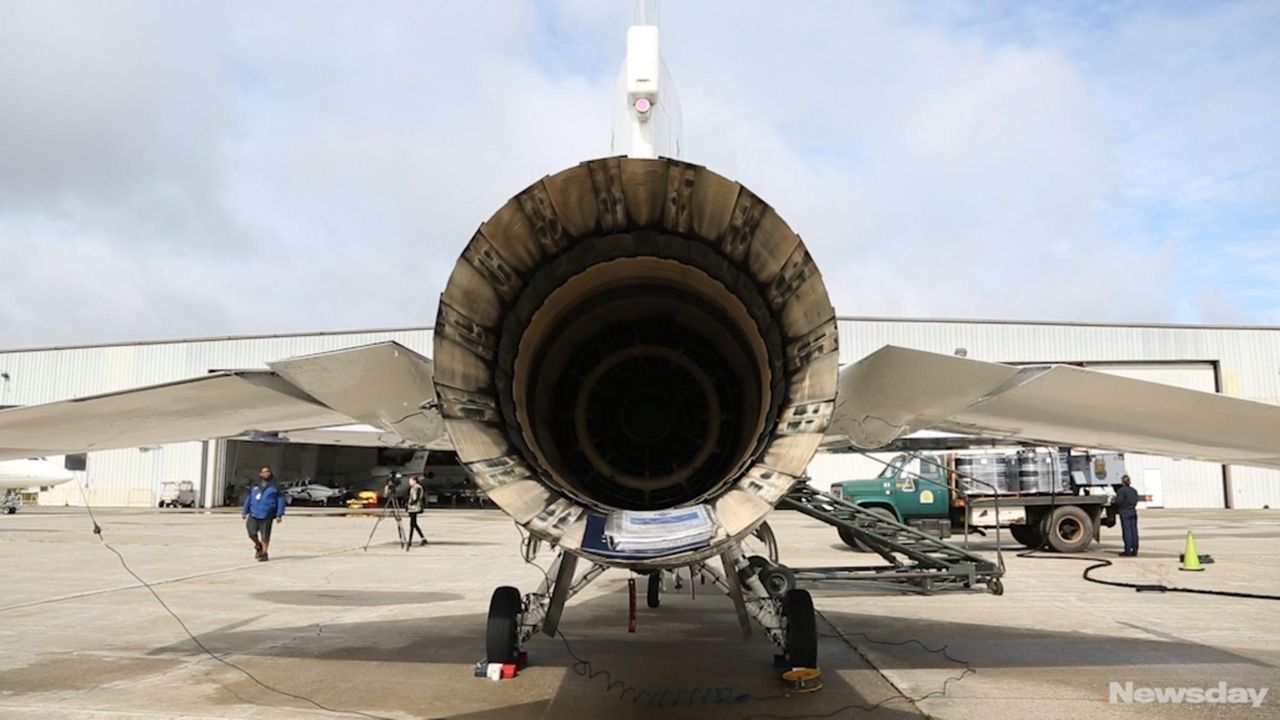 When the Air Force Thunderbirds take to the sky Saturday during the Bethpage Air Show, a special support team will be in place — just in case.

Four Jones Beach lifeguards and about a dozen first responders received special training this week at Long Island MacArthur Airport on how to save downed pilots on the ground or in the water.

Outside Hangar E on Friday morning, technicians who maintain the Thunderbirds’ F-16 Fighting Falcons took the trainees into the cockpits, showing them how to open the canopy and remove an incapacitated, strapped-in pilot.

“If this lands in the water, it’s gotta be a very, very fast response,” said Costigan, one of four lifeguards who will be standing by during the Memorial Day weekend show.

Air Force Staff Sgt. Jesse Barker and other maintenance crew members gave a short introduction to the cockpit and its inner workings.

“We showed them how the F-16 works and the emergency procedures it takes to get the pilot out to safety,” Barker said later.

It’s important, he said, for first responders to understand potential hazards, including the seat-ejection mechanism. When triggered, the seat ejects by rocket power in as little as 2.3 seconds — handy in the air, but not if an unconscious pilot is trapped in a sinking plane. The trainees were taught how to avoid setting that off accidentally.

The lifeguards, who will be stationed with the Coast Guard on boats during the show, were selected based on their experience and backgrounds, Costigan said.

Other first responders, including firefighters, were instructed how to approach a Thunderbird jet from the ground during an emergency — avoiding the vacuum-like intake and fiery exhaust valves.

Costigan has completed similar training before but is thankful he’s never had to put it to use.

“I’m pretty comfortable in emergency situations, but it’s good to go over it,” he said.

Events set on LI today to vaccinate kids 12 to 15
Newsday wins Headliner awards for Grumman Plume probe, photos
1:04
10 years ago, they were valedictorians. Where are they now?
Oyster Bay may confiscate food trucks over code violations
Analysis: School taxes could go up average 1.38%, lowest increase in five years
Hempstead to distribute $22.7M in rental assistance funds
Didn’t find what you were looking for?