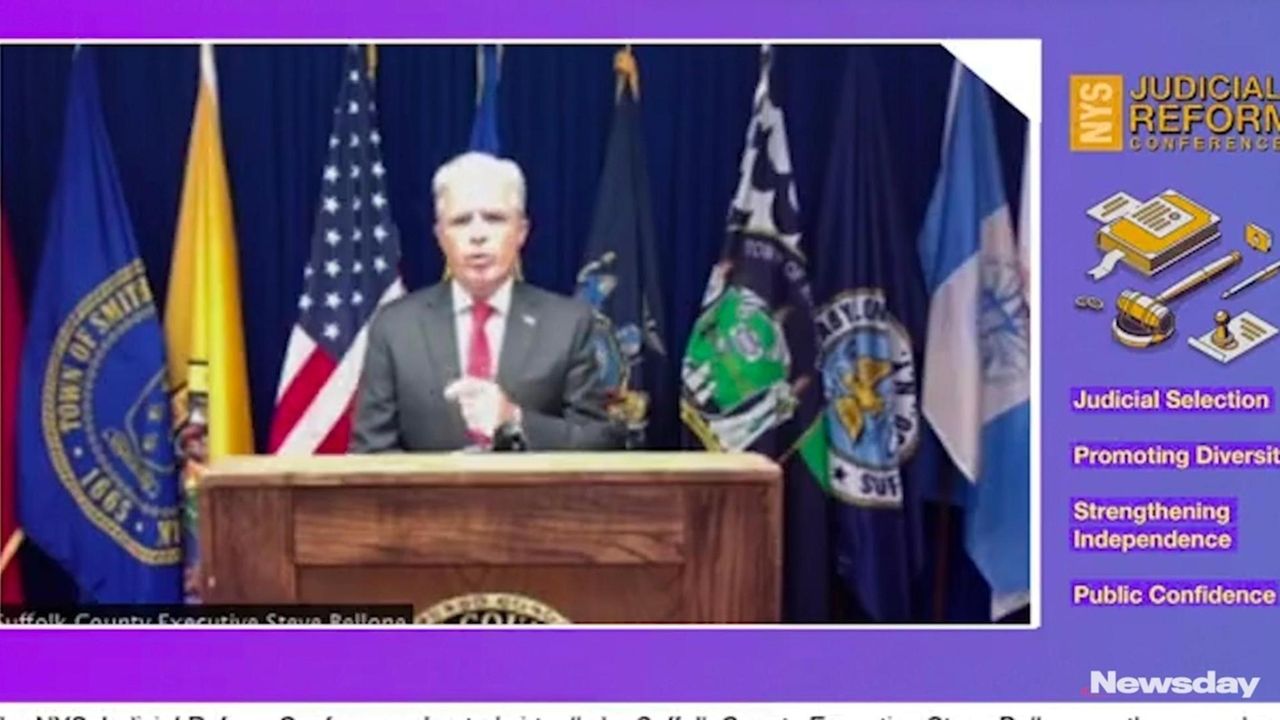 The state's judicial selection process is broken, with candidates picked by political party leaders in backroom deals with little to no voter input, according to lawmakers, former judges and good governments leaders who participated in a virtual conference Tuesday.

The event, hosted by Suffolk County Executive Steve Bellone, comes amid growing opposition to "fusion voting," a practice popularized on Long Island and across the state where judicial candidates are cross-endorsed and run uncontested on multiple major party lines.

To become a judge on Long Island, Bellone said, lawyers need only to attend political fundraisers, develop relationships with party leaders and provide free legal services to the party.

"It's a system that lacks accountability and transparency but provides the illusion of both," Bellone said. "A system that rewards fidelity to party leaders opposed to the law. The public interest is not served by having a system that requires good judges to repeatedly rely on the good graces of party leaders to continue or advance their careers."

The existing system, he said, is an "utter travesty" that "has led to a judiciary that unfortunately is not competent, not efficient and has glaring issues that do not just affect justice but affects the lives, the welfare and the prosperity of New Yorkers."

But party leaders and some legal experts said cross-endorsements put the best candidates from all political persuasions on the bench.

"No matter what form of judicial selection is operable it's going to be imbued with politics," said Peter Kiernan, chairman of the Law Revision Commission and former counsel to then-Gov. David Paterson. "It may be possible to take some of the people out of the selection process but you can't take the politics out of it. And in my mind that's a good thing."

"Access to justice is a constitutional guarantee," Nadler said. "But when this promise meets the reality of an overburdened and an understaffed court, too often cases may be delayed or rushed and justice is shortchanged."

"Our judicial system needs to look like the population it serves," said former Homeland Security Secretary Jeh Johnson. " … We're all the products of our own experiences so a judiciary that reflects the community will better dispense justice in an evenhanded, colorblind way."

Johnson last year led a review of racism and bias in the state court system. His 100-page report recommended mandatory bias training for judges and court personnel, addressing implicit bias in the jury selection process and reining in questionable behavior by court employees on social media.