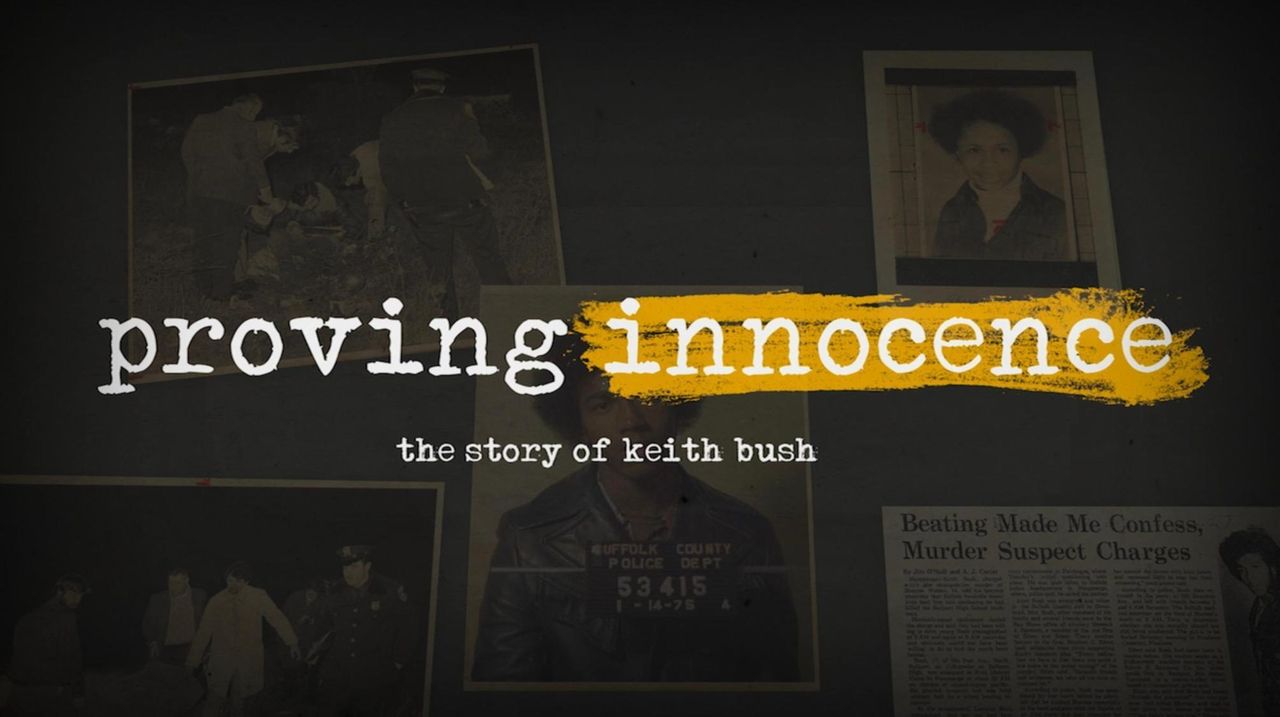 Keith Bush was a 17-year-old junior at Bellport High School when Suffolk authorities charged him with killing Sherese Watson, 14, after a late-night house party in North Bellport. For the past 44 years, Keith Bush has claimed he was an innocent man, ever since he was accused and convicted of the 1975 Suffolk County sex-related murder.  Credit: Newsday Staff

Keith Bush, recently exonerated in the 1975 murder of a North Bellport teenager, has filed a damages lawsuit against Suffolk County for false arrest, malicious prosecution and other alleged wrongdoing by law-enforcement authorities that resulted in him spending 33 years in prison for a crime he didn’t commit.

No dollar amount was requested, but experts have said Bush could eventually receive $30 million or more in compensation.

In May, a Suffolk judge dropped all charges against Bush, 62, in one of the longest-running “innocent man” cases in U.S. history. In the wake of the Bush case, Suffolk’s Conviction Integrity Bureau is reviewing more than 100 other claims of innocence in previous Suffolk convictions.

“Keith Bush sustained severe mental and emotional injuries and anguish” from his decadeslong imprisonment, even though Bush was “actually innocent of the crimes with which he was convicted,” according to Bush’s lawsuit filed with the state Court of Claims. Without mentioning a specific dollar amount, Bush’s legal action seeks to “recover substantial damages for this frightening and horrendous injustice.”

A few days before the judge exonerated Bush, a yearlong Newsday investigation revealed many allegations of wrongdoing in the case and how evidence of Bush’s innocence remained hidden or ignored for decades by Suffolk authorities.

Current Suffolk District Attorney Timothy Sini and County Executive Steve Bellone have criticized past practices by Suffolk law enforcement that have been deemed improper or unlawful. On election night earlier this month, Bellone warned that damages lawsuits resulting from Suffolk’s “culture of corruption” in the past, including the Bush case, could cost taxpayers many dollars in the future.

According to the lawsuit, the alleged wrongdoing by Suffolk law-enforcement authorities includes:

Much of Bush’s damages lawsuit cites the lengthy CIB report released last May about the Bush case as well as mentioning previous reports about wrongdoing by Suffolk homicide detectives and prosecutors that appeared in a 1986 Newsday series and a subsequent 1989 state Commission of Investigation report. In subsequent years, detectives who handled Bush’s arrest case were later “the subject of multiple investigations and discipline for coercing other similarly situated individuals to falsely confess,” the lawsuit says.

The lawsuit cites evidence of racial bias against Bush, who had never been in trouble before with the law. “Instead of proof, investigating detectives simply fantasized about what might have happened and selected Mr. Bush to target, based on what was essentially their hunch — a hunch informed not by facts but by their biased attitude about the neighborhood they were charged with serving and protecting,” the lawsuit alleges.

The suit also provided a glimpse of Bush’s life spent in “some of the most violent maximum-security prisons in New York”, including upstate facilities in Attica, Wende, Elmira, Auburn and Greenhaven. “Through nearly a lifetime incarcerated for a crime he did not commit, Mr. Bush was deprived of the opportunity to attend school outside the prison system, to learn a viable trade, or to marry and build a family,” the lawsuit says. “He lived in constant terror of assault. He spent many years enduring the horrible loneliness and boredom of solitary confinement where he was placed for his own protection.”

Citing his bouts of depression and other emotional damage, the lawsuit says Bush “suffered the shame of knowing that family, friends correctional officers, as well as other inmates believed that he had raped and murdered a young girl."

On Oct. 29, Bush and his attorney attended an initial hearing in Hauppauge about his lawsuit in state Court of Claims, which was first filed in July shortly after his exoneration. He is expected to file a similar federal lawsuit soon.

Where the rich and famous give their private jets a glow-up
These employers, colleges and NYC theaters will be requiring COVID-19 vaccines
2:32
Prayers for the dead, and the survivor, in Quogue crash
Proposed downtown development on tap at public hearing Tuesday
Seniors Calendar: Events from Aug. 1 to Aug. 7
Asking the Clergy: Faith and climate change
Didn’t find what you were looking for?