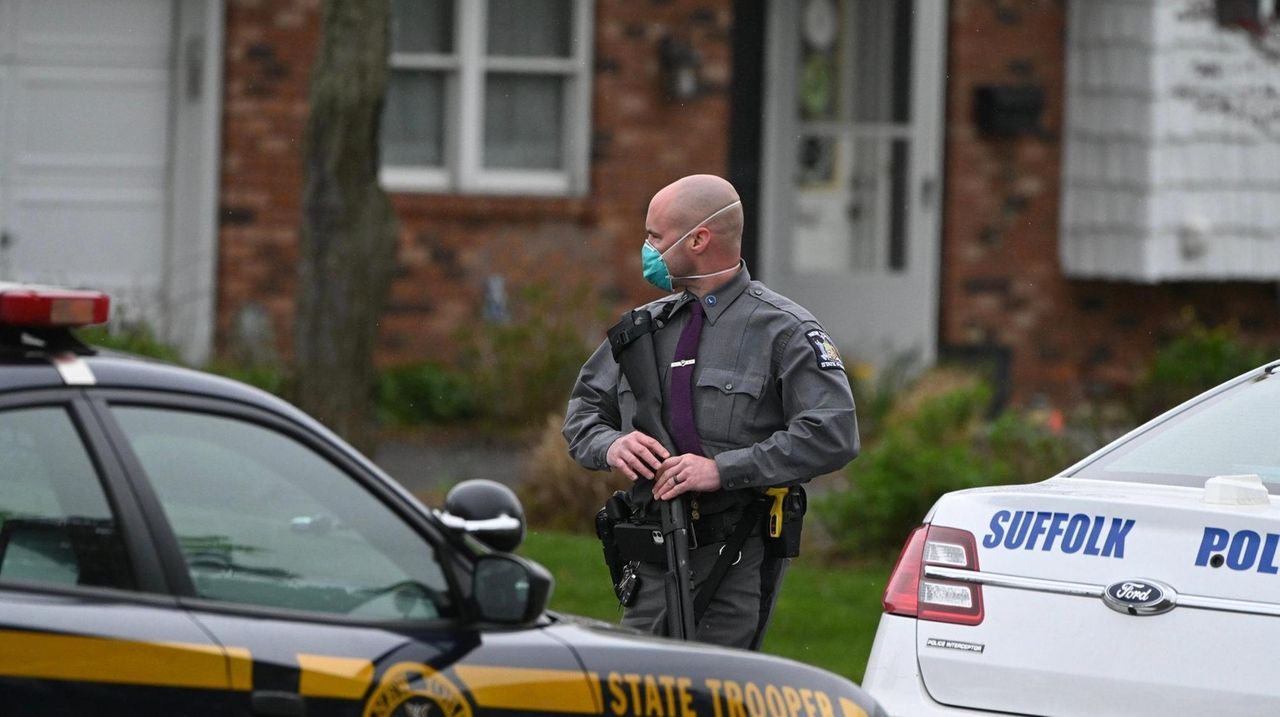 A Medford man was arrested Sunday night after police said he attacked a female acquaintance with a knife at her home in Kings Park, then fled the house and broke into a nearby home, where he barricaded himself in a standoff lasting about eight hours.

The victim, identified only as a 33-year-old woman, suffered what police described as "serious but non-life-threatening" injuries in the attack and was treated at a hospital.

Police said two children who were in the house when she was attacked were unharmed.

A 77-year-old woman was in the second house, where the barricaded standoff took place, police said. Police said she was uninjured in the incident, which, out of an abundance of caution prompted the issuance of a so-called CODE Red — an order for area residents, most already affected by pandemic quarantine orders, to remain in their homes.

Police said the incident began Saturday night when Reyes entered the home of the unnamed female acquaintance on Clover Lane in Kings Park, then held the 33-year-old woman "against her will overnight." Police said Reyes assaulted the woman with the knife before she managed to escape the house at about 9:30 a.m. Sunday.

Minutes after the woman fled, police said, Reyes also ran from the home, kicking in the back door of a home on nearby Rumford Road — only to have what police described as a Good Samaritan witness that break-in and call 911.

Emergency Service Section officers arrived at the scene with a hostage negotiation team and soon officers were able to enter the home and safely rescue the 77-year-old female resident, while Reyes managed to barricade himself in an upstairs bathroom, police said. What followed was a long standoff situation that ended, police said, when emergency service section officers stormed the house and arrested Reyes at about 5:45 p.m.

Reyes was transported to a hospital for treatment, police said.

He was charged with two counts of second-degree unlawful imprisonment, two counts of endangering the welfare of a child, criminal obstruction of breathing, first-degree assault, second-degree trespassing, aggravated criminal contempt and third-degree and fourth-degree criminal mischief. Police said additional charges may be pending.

Reyes is scheduled for arraignment at a later date, police said.

— With Vera Chinese and Rachelle Blidner