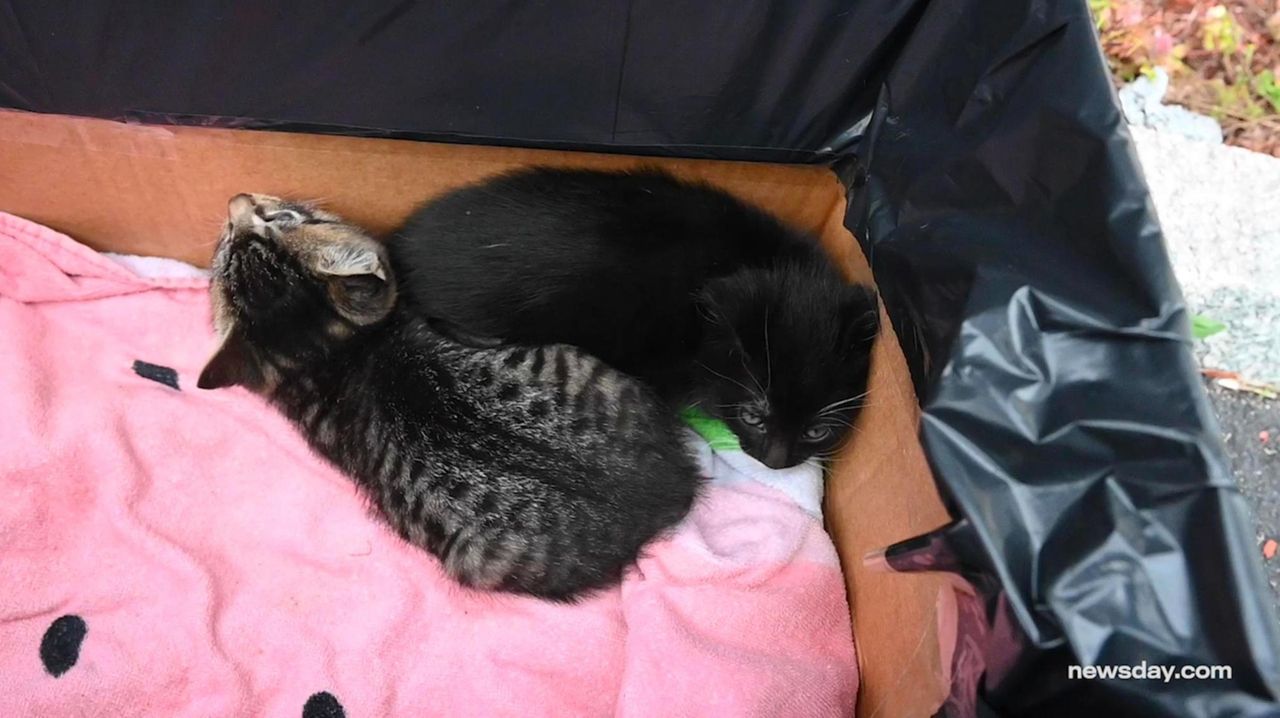 On Tuesday, Ciara Ruff of Deer Park was going to work and heard crying from under the hood of her car. She called Suffolk County police and they rescued two kittens. Credit: James Carbone

Even before Deer Park resident Ciara Ruff could start her car's engine Tuesday morning, it was already purring — and meowing — like a kitten.

Ruff's no hot rodder and it's doubtful anyone in her Tell Avenue neighborhood would mistake her Nissan Altima for a street machine.

As she got ready to climb in and drive to her job as an assistant in a doctor's office, the Nissan's engine was cold. It turns out, so were three kittens. After a chilly and wet Monday night, the three — between 6 and 8 weeks old — somehow climbed up under the car's hood and wedged themselves against the engine block for an improvised kitty shelter.

As Ruff and her friend, Christina MacFarlane, approached the car, sounds that normally are the province of pet stores and private homes came forth from beneath the hood. "We heard meowing in the engine," Ruff said outside her home Tuesday. "So we had to call the cops because the kittens were in there."

Suffolk police officers soon were there, too.

The officers pulled two of the kittens — one with stripes, the other mostly black, both looking tired and a bit annoyed at all the fuss — from the engine. The third got the jitters and escaped, Ruff said. These were no orphans. Mama cat kept watch from a nearby yard as officers with flashlights looked like a couple of high-performance race mechanics as they searched under the hood for any stragglers still nestled inside.

A cop gingerly placed the kittens inside a box lined with a black plastic trash bag, where they cuddled close on a pink blanket.

The officer later placed the box on the front passenger seat of a patrol car.

The kittens will be evaluated by a vet and then placed with a rescue shelter for adoption, Ruff said.

As far as their mother, she was still in the neighborhood Tuesday afternoon wondering what became of her young ones.

"She was meowing when I had to leave," said Ruff, adding she will follow up with police to find out where the kittens were taken and hopefully reunite them with their mother.