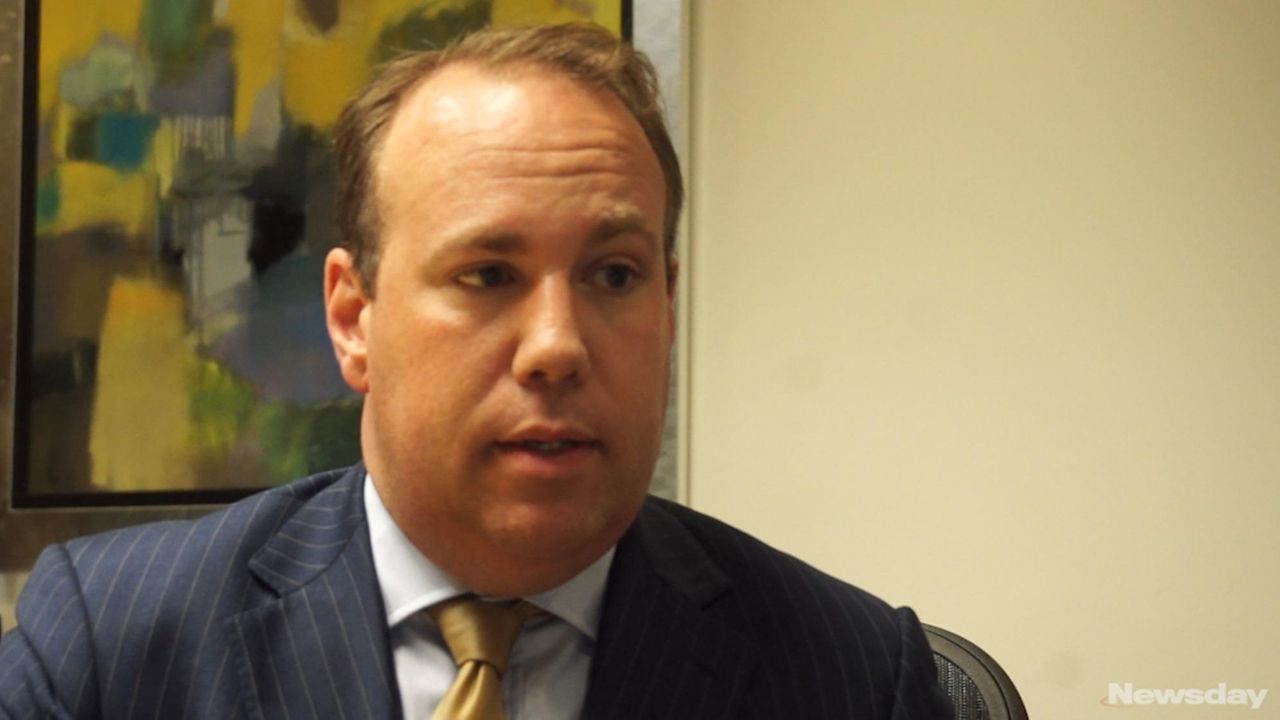 Peter Brill, a criminal defense lawyer with offices on Long Island and New York City who is fighting the suspensions, said the disciplinary actions were partly based on misleading information from the Suffolk County Police Department.

The allegations, denied by the South Country school district, come amid widespread concerns over MS-13’s violent acts, including the killing of four young Hispanic men — two of whom attended Bellport High — whose bodies were found in a Central Islip park in April. The suspensions were ordered between mid-April and early May and extend until November.

“It appears that the South Country school district has engaged in a pattern of discrimination against students who have come to this country in a refugee or undocumented status,” Brill said.

The students and their parents spoke to Newsday under condition of anonymity, saying they are afraid of the gangs, but also of being deported because they have been linked to them.

South Country schools superintendent Joseph Giani issued a statement saying he couldn’t discuss “any specific student situation” due to federal law, but said, “in general, the district vigorously denies any such allegations.”

Giani added that the district and its board of education are “committed to providing an educational environment that promotes respect, dignity and equality.” However, he said district policy provides for “a range of possible disciplinary responses, and the district has a zero tolerance for gang-related behavior.”

A police spokesman said he could not comment on specific cases, but he defended the department’s collaboration with schools.

“The Suffolk County Police Department at times provides information regarding possible indications of public-safety issues, such as gang activity or drug use, to school districts, so that those districts are familiar with possible warning signs,” said Assistant Commissioner Justin Meyers. “What school districts do with that information is up to them.”

According to letters sent by the district to the teens’ parents, the students got out-of-school suspensions for violating the dress code and engaging in prohibited behavior.

MS-13 gang members use a variety of hand shapes, including one where pointed fingers resemble “devil horns,” similar to the bull horns found in the logo of the Chicago-based NBA franchise.

A fourth immigrant, 20, who dropped out of the school last year, is also represented by the law firm. Brill said the names of all four were included on a list of alleged gang members and associates that the lawyer said came from the Suffolk police.

Meyers said he could not comment on the authenticity of the list without knowing the names of the students.

The suspensions, he said, raise concerns about “what type of information is flowing back and forth between the district and the police department.”

During a recent interview with Newsday, Suffolk Police Commissioner Timothy Sini said the department is “being extremely aggressive” in looking for gang members but is very careful, using “multiple indicators” before giving anyone that designation.

“Merely because someone tells us someone is a gang member, that is not enough,” Sini said. “We have very strict protocols, based on best practices articulated by the FBI, before we identify someone as a gang member.”

The accusations illustrate the difficulties faced by institutions such as police and school districts, feeling the pressure to counter the spread of what’s proved to be a ferocious gang while having to guard against violating civil rights.

The MS-13 gang, also known as mara salvatrucha, is said to have originated among Salvadorans in the Los Angeles prisons, spreading to Central America and growing into a transnational crime syndicate with tentacles on Long Island.

The South Country Central School District’s Code of Conduct anticipated the gang threat, specifying prohibited items in its dress code, such as “medals, medallions, jewelry with gang symbols,” “the wearing of any item that contains language or symbols promoting or endorsing violence” and “wearing any combination of clothing which law enforcement agencies currently consider gang-related.”

Schools across the country have had to adopt similar policies, remaining vigilant for trends and sharing information with law enforcement, said Sgt. Julie Spry, of the Los Angeles School Police Department, whose force guards a system with more than 734,000 students.

In Los Angeles, “the school district has bulletins that identify school conduct and student behavior” associated with gangs, Spry said. “There are schools where you can’t wear a certain color hat and in others where you can wear any hat you want” depending on the nature of local gangs.

“We generally do not allow any professional sports teams” to be represented in clothes, because their colors, initials or symbols come to stand for gangs, Duchon said. “They are kind of ‘mad-dogging,’” or intimidating, “ . . . and if you have two gangs in school and they wear their colors, then that’s ripe for a fight.”

In the South Country district, which is comprised of Brookhaven, Bellport and East Patchogue, the young men and their relatives say they were labeled gang members without any warnings on what to avoid, disputing one of the suspension notices saying the students had been warned about the clothing.

“I came over here [to the United States]because of this problem of gangs, because back in El Salvador I was threatened, that if I didn’t join them they were going to beat me,” said the 10th-grader, who arrived less than a year ago and holds two jobs, working in construction during the day and at a restaurant at night.

He was accused of making gang signs with his fingers while putting on a baseball cap, but he said he was only adjusting it. He had worn a Chicago Bulls jacket that he and his father say belonged to his dad. They say they didn’t know what it meant.

“Right now, I feel very saddened. If I am thrown out and deported, I would be in danger,” the student said.

A 15-year-old said he was wearing a Chicago Bulls T-shirt that belonged to his stepfather because he couldn’t find clean clothes that day. “They told me that meant I was in a gang,” he said.

The 16-year-old said he wasn’t flashing gang signs but making an obscene gesture at another student during a school-hallway argument. “We’re being unjustly accused.”

The students, who were all enrolled in the English as a New Language program, and their parents say they have been left out of school since their suspensions instead of being offered alternative instruction.

New York State Department of Education officials said only that they are “reaching out to the district in this matter” but could not elaborate further.

Irma Solis, Suffolk County Chapter director of the New York Civil Liberties Union, said the suspensions raise red flags about schools and police collaboration, arguing the code of conduct “is very vague . . . and it pretty much gives schools and the [police school resource]officers and the security guards the discretion to pick and choose who is in violation.”