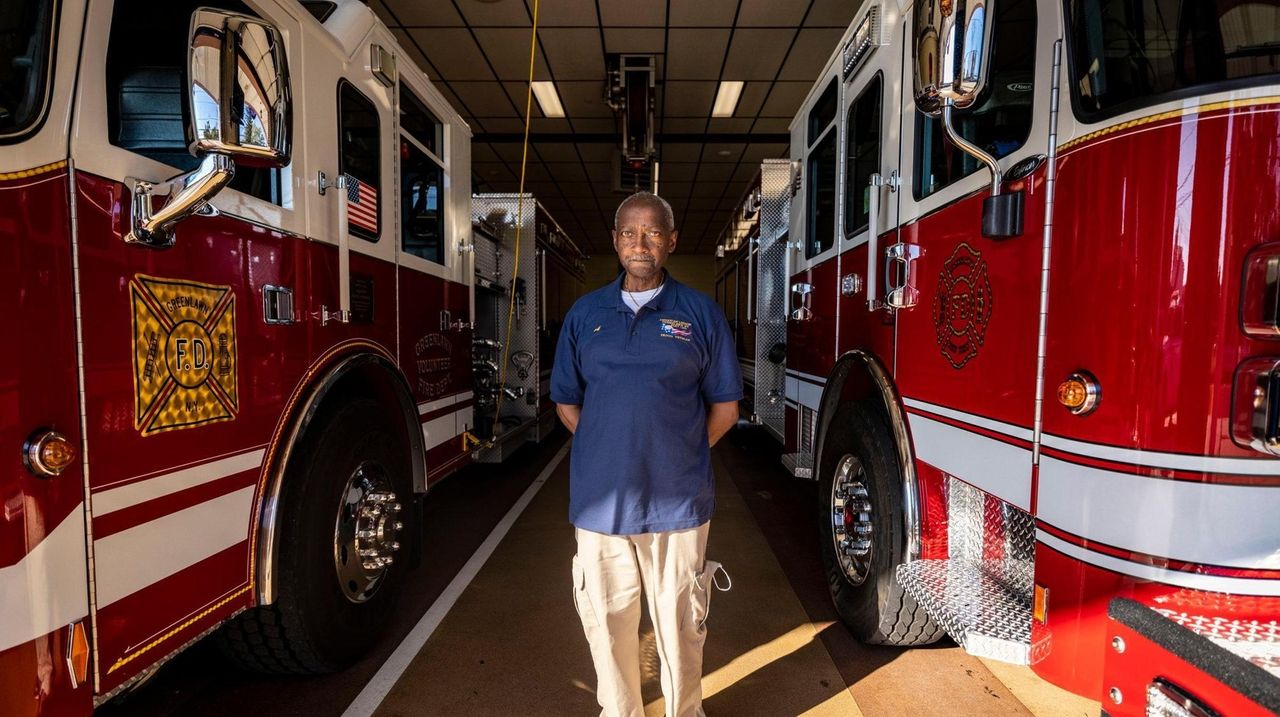 Al Statton was honored for his years of service and dedication to his community, receiving the Legionnaire of the Year award.  Credit: Newsday / Alejandra Villa Loarca

He has been rewarded for his efforts to help fellow veterans by being named Legionnaire of the Year by American Legion Greenlawn Post 1244, where he has been a member for five years.

"Growing up, I admired and often pretended to be a soldier," he said. "All of the veterans that served before me and my peers, have set high standards. They are the examples that I seek to follow. To be selected by them is a true honor."

Drafted into the military in 1970 right out of Westbury High School, he served from the Vietnam War through Operation Desert Storm, retiring in 1990 as a combat medic at the rank of Sgt. 1st Class.

In 2007, Statton started organizing the collection of food and supplies to send to his son, Aaron, and his 10th Mountain Division Army unit deployed in Iraq and Afghanistan, eventually sending 7,000 pounds of goods.

In 2009 he was told about the first of what would be several cancer diagnoses, including throat and prostate cancer.

While being treated at the Northport VA Medical Center, Statton learned about the struggles of outpatient and transitional veterans being served there. Despite his own health challenges, he stepped up by creating Operation Enduring Care, an extension of what he had been doing for his son but with local impact.

Statton has also volunteered with the Greenlawn Fire Department for 30 years.

Bob Santo, past commander of Post 1244, said Statton’s dedication, leadership, service to the Post, veterans and the community are important considerations when bestowing the honor.

"There was no question that he deserved this honor," Santo said.

Statton, a father of five who has been married to wife Connie for 34 years, said he is in remission from his cancer, but Operation Enduring Care continues. What had been a once a week endeavor now — because of the COVID-19 pandemic — has turned into a three times per week commitment delivering personal hygiene products, gently used clothing, packaged new underwear, socks and nonperishable meals to veterans wherever needed. While the operation’s mission is grand and is carried out with the help of his wife and other volunteers, it’s also cathartic for Statton.

"Operation Enduring Care helped me to focus positive energy on continuing to do some good for the community, while dealing with clinical depression, destruction of my body and pain of each successive cancer diagnosis," he said. "It still allows me to give back to the community where there is a great need."

Following the outpouring of support in 1985 from the Greenlawn Fire Department when his father died, Statton vowed he would give back to the department one day. He made a personal pledge to volunteer for 20 years.

"I’m in my 30th year," he said, noting much of that time he volunteered 60 hours a week as a firefighter/EMT.

"Not only for the fire department but the community at large," he said. "He’s been active even through some health issues. He’s an admirable, amazing member."

Since 2010, veteran Albert Statton’s program, which is currently helping more than 600 veterans, has:

Monetary donations can be sent to P.O. Box 238, Greenlawn, NY 11740 or to Post1244.org/operationenduringcare. 100% of donations go to veterans on Long Island.