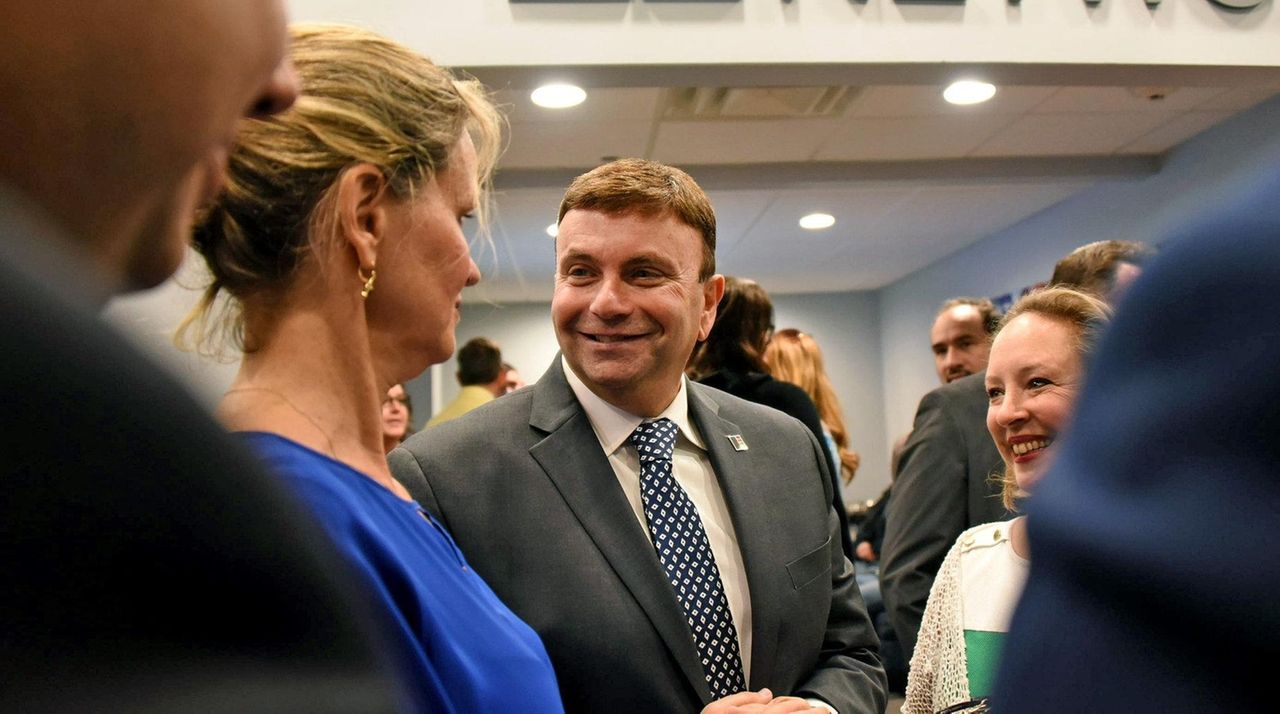 Long Island's LGBT community, exiled to the shadows in fear just a few decades ago, now has a new 15,000-square-foot center in Hauppauge to gather, learn and obtain vital services, from drop-in HIV testing to programs for LGBT immigrants, officials said at Friday's ribbon-cutting ceremony.

LGBT Network president and CEO David Kilmnick,  addressing dozens of supporters, elected officials and their representatives, said that with hate crimes on the rise, the need for the new site is as urgent and great as when he started his first workshop 25 years ago as a Stony Brook University graduate student.

"Kids are looking for a place to be themselves,” he said. Every day, young people tell aid workers, "I don't know if I'd still be alive," without critical programs such as Long Island Gay and Lesbian Youth, he said.

"Today we begin a new chapter in helping all Long Islanders stay healthy and live their lives," Kilmnick said.

The building, one of the largest such sites in this country's suburbs, offers conference rooms, a training cafe for novice restaurant workers, and an array of modern technology including audiovisual systems to serve generations to come, he said.

"What we want the center to be is a center for all of Long Island, not just for the LGBT community," Kilmnick said. "We're going to bring all different groups together, fighting for justice, fighting for equality." Diverse groups are welcome, he said, an invitation a gun safety advocacy group has accepted.

The nonprofit’s reach stretches from the Queens to the East End, and its anti-bullying workshops are widely deployed. A bill adding LGBT history to the required curriculum is pending in the State Legislature, he said, noting similar instructional measures were enacted for the Holocaust and Ireland’s potato famine.

Some revealed their own experiences. Gregory said he was speaking both as an elected official and as an LGBT parent, whose son came out to him when he was 12 years old, while they were driving to buy ice cream.

“I had these trepidations. Will he be accepted?” Gregory said. “You don’t want your child to be in harm’s way.” Now, there is a place for LGBT members: “We welcome you with open arms,” he said. “It’s all about family; it’s all about love; it’s all about community.”

DiNapoli, one of Kilmnick’s earliest supporters and whose $15,000 contribution helped buy its first building, said, “It really shows what we can do when we plant seeds and help people who reach out and have got a vision.”

The $207 billion state pension fund DiNapoli oversees prods corporate boards to diversify, he said. Calling the new site a milestone, he said it improves "your ability to provide services to a whole new level."

Saluting Gov. Andrew M. Cuomo for crucial reforms, from legalizing gay marriage to banning gender conversion therapy, he added: “Together, we are creating a New York … For all people that fundamental inequality must come to an end.”

LGBT vice chairman, Sammy Chu, chief innovation officer for Edgewise Energy, said the Island has become much more accepting. “Long Island is not generally known for its tolerance. It’s not one of its signature characteristics.” Yet, observing how warmly Long Beach has welcomed Pride Day, he said: “I had really underestimated how far our community has come.”

Kilmnick, saying big cities need the suburbs to advance new policies, concluded: "We do have a bright future."