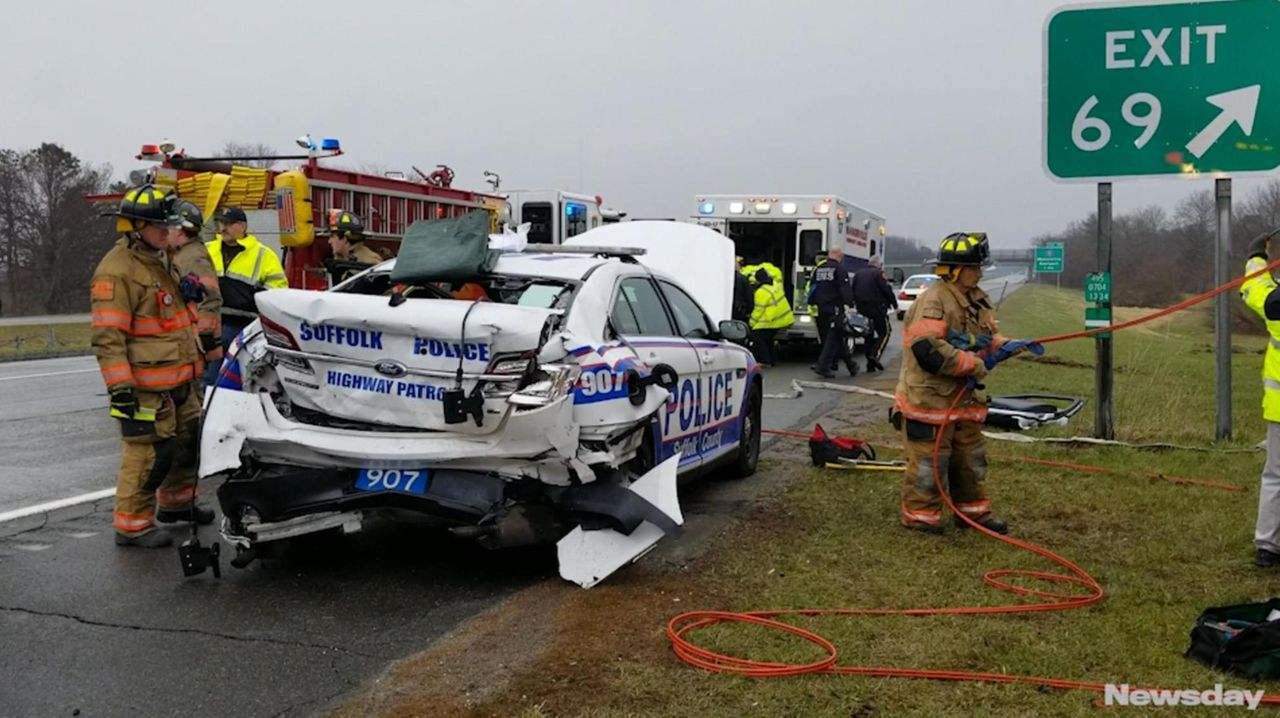 On Tuesday, April 10, 2018, police said the eastbound Long Island Expressway in Manorville was temporarily closed after a crash that occurred at about 1:20 p.m. involving a Suffolk County police car and a van. The van driver and the the officer's injuries are not life-threatening.  Credit: James Carbone

Eastbound Long Island Expressway in Manorville reopened just before 5 p.m. on Tuesday after it was closed because a van struck a Suffolk patrol car, injuring an officer assisting with another accident, officials said.

The highway patrol officer’s injuries were not life threatening. He was being treated at Long Island Medical Center in East Patchogue, the police said.

A van, driven by a man, struck the officer’s car in the back at about 1:20 p.m., the police said. The officer was sitting in his car, blocking the left lane after a one-vehicle accident, police said.

Pictures of the crash showed that the police car’s rear end was crumpled.

The van’s driver was taken to Peconic Bay Medical Center in Riverhead to be treated for minor injuries, according to the police. The driver in the first crash was uninjured, they said.