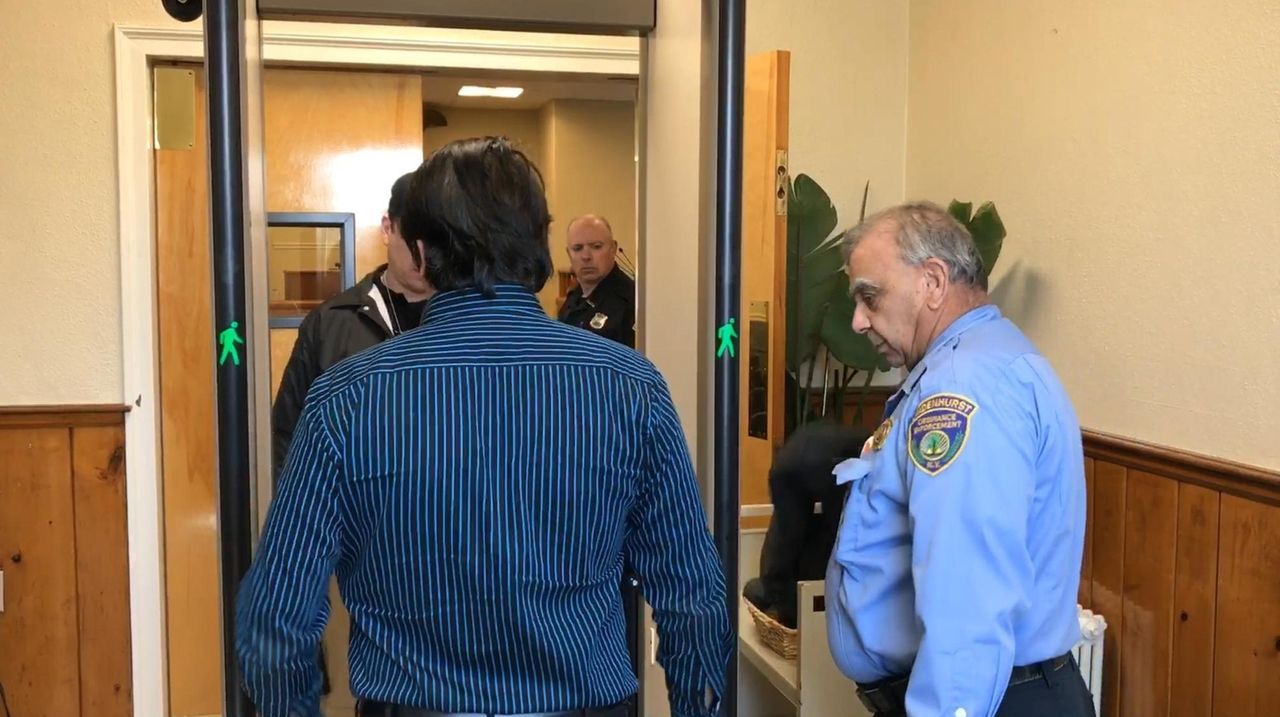 The Village of Lindenhurst court this week unveiled a new metal detector, part of a slate of security improvements being implemented through a state grant.

The village’s court earlier this year received $27,394 from a grant from the Justice Court Assistance Program. The state program awards grants to municipal courts across New York for a variety of needs, but security improvement is a common request, said Mary Porter, special counsel to town and village courts.

The metal detector was set up on Wednesday outside the courtroom, which is located within village hall. Lindenhurst’s part-time fire marshal, Robert Casaburi, who is a retired NYPD lieutenant, will man the detector for about three hours a week at a rate of $21.53 per hour, said Village Administrator Doug Madlon.

The two dozen court visitors on Wednesday didn’t miss a beat in adhering to the rules of passing through the detector and the machine only went off twice: Some keys left in a pocket and a knee replacement were the causes.

The detector, which officials said is the same kind used at airports, cost $4,200, Madlon said. The village also will use the grant money to install surveillance cameras both outside and inside the building for $6,550 and put in new keyless security doors for employees on the outside of building at a cost of $8,200. In addition, the village will be installing new lighting in the parking lot. Madlon did not have a cost for the lighting.

“You just don’t know who is going to be coming in and what can happen, as we learned with (Parkland) Florida, “ Madlon said.

The village was one of 11 Suffolk County town and village courts that received a total of $113,744 this year, Porter said. Statewide, 341 courts received $3 million, she said. Each court can request up to $30,000 each year. The money can be used for various upgrades, such as computer equipment or furniture, Porter said, but the bulk of the grant funding goes toward security improvements. Of the 11 courts in the county this year, four received money for security, she said.

“The judge came to court to observe and saw some serious security issues,” Madlon said.

Porter said Lozito routinely visits village and town courts and will point out security gaps and encourage the courts to apply for the state grant.

“They often don’t generally understand that there’s a special pot of money . . . for towns and villages who are interested in upgrading their security,” Porter said.